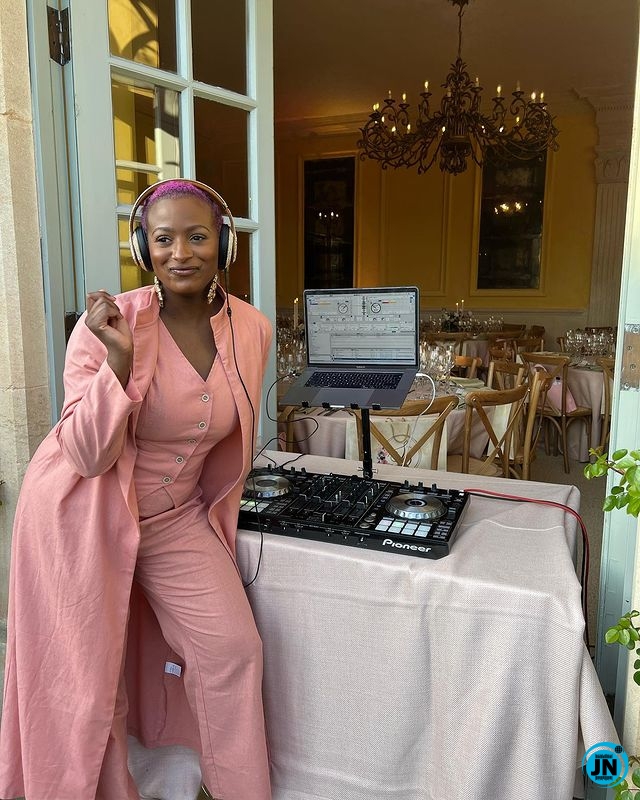 Popular disc jockey, DJ Cuppy, triggers reactions as regards the pain behind her heart on how easily she gets criticized by internet trolls.

This comes following an interview with BBC Pidgin where the billionaire’s daughter spoke about what it is to be her.

In the interview, Dj Cuppy expressed the hurt that comes with expectations about her career, her relationship status, and her status as the influential daughter of a billionaire. 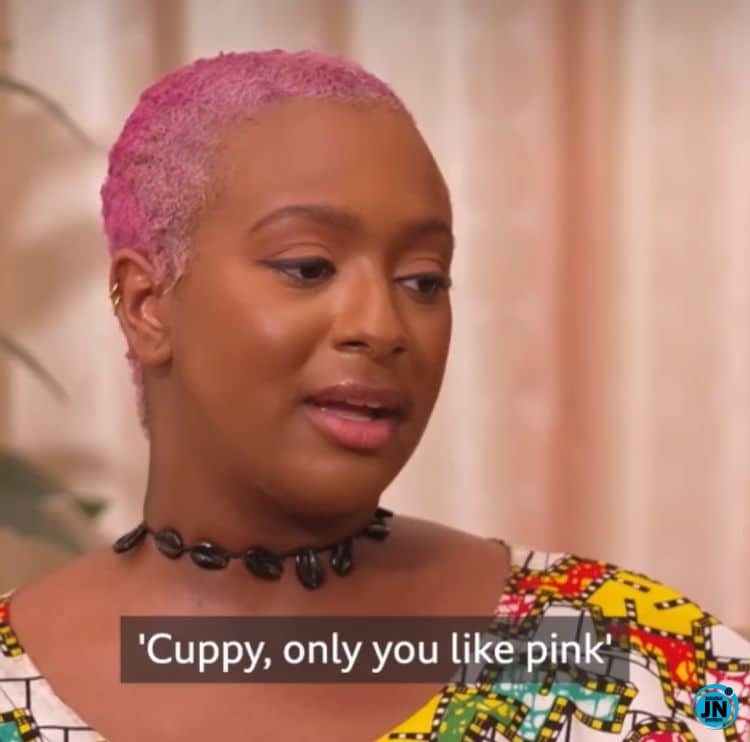 Fans, however, read the countenance of Ifeoluwa Otedola as that of a hurt person who is pretending to act like everything is fine.

Best part of my @BBCNewsPidgin interview by farrrr 😂😅 #FACTS pic.twitter.com/BVaIrwJ9Fj 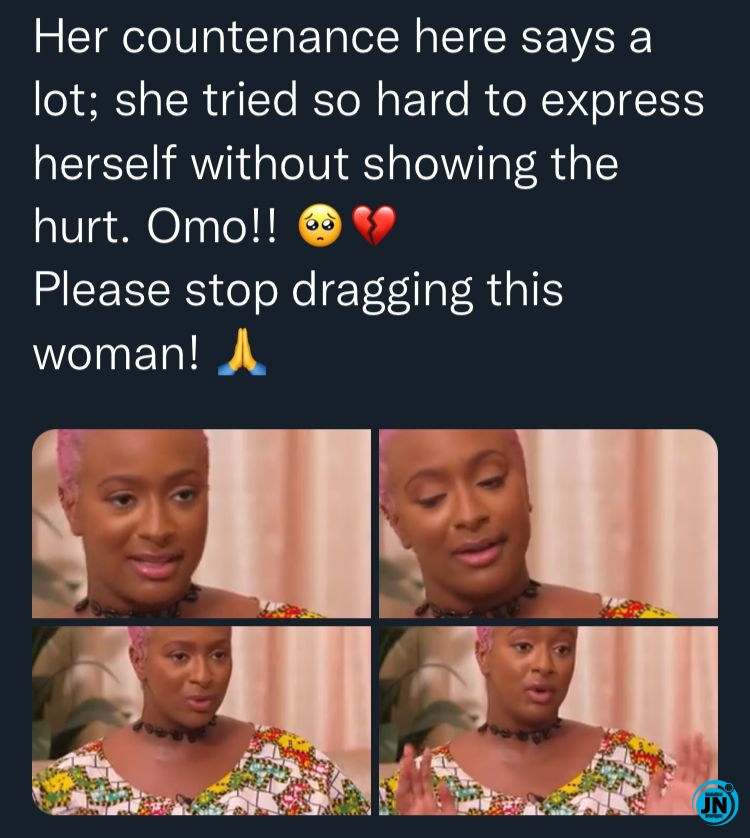 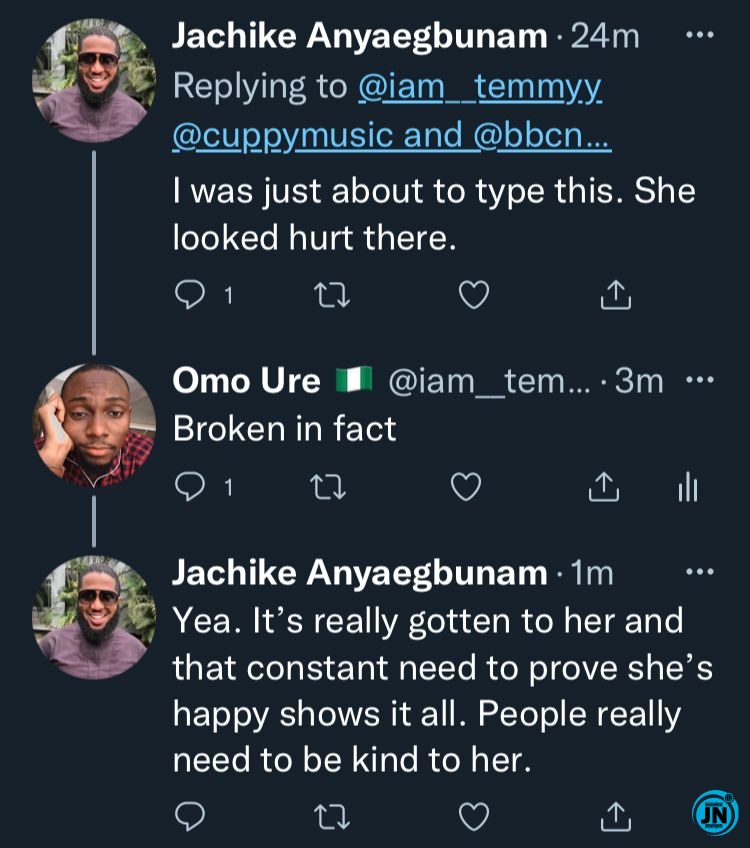 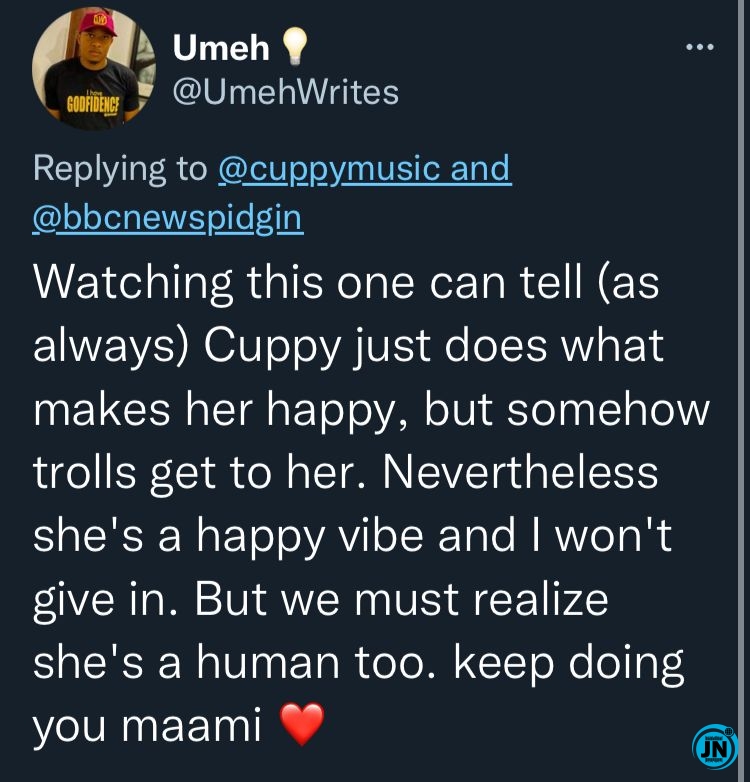 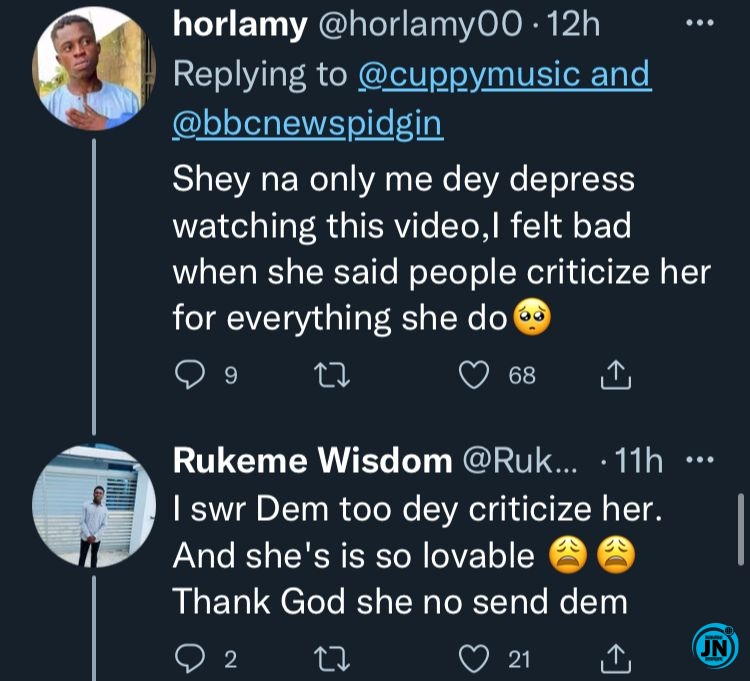 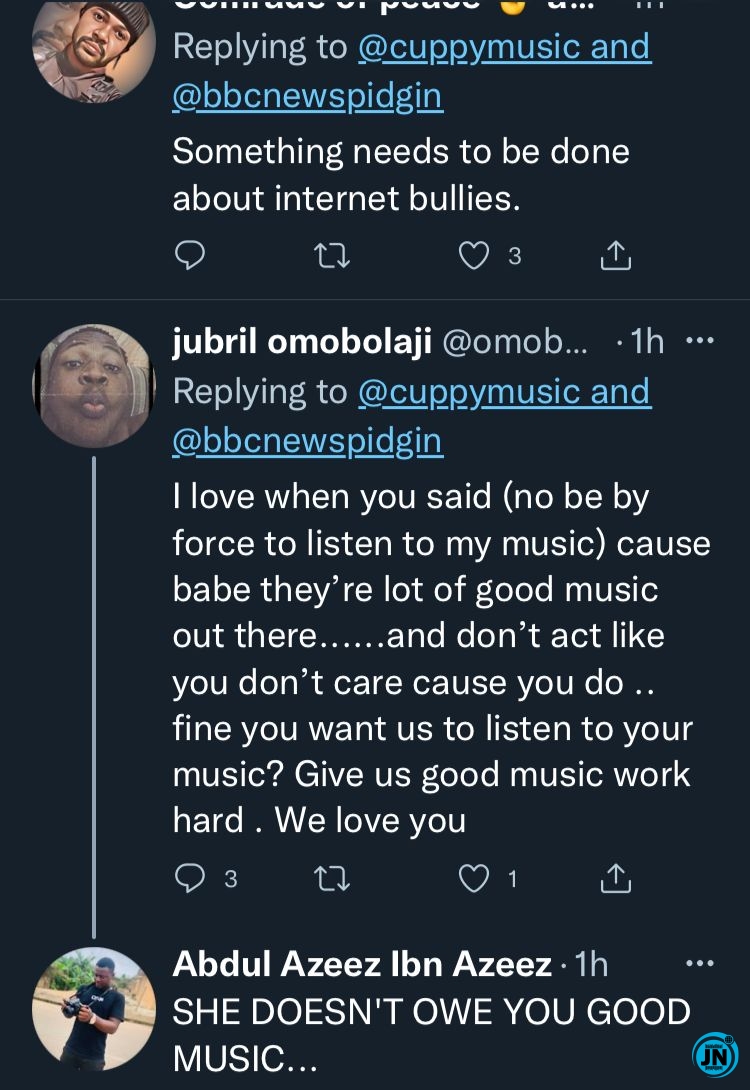 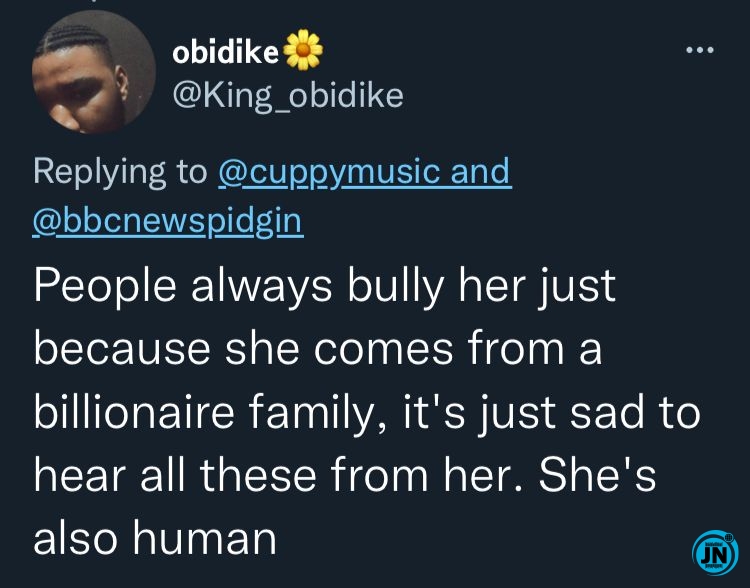