According to commentaries that followed a viral video, it was said that the people who attacked the dancehall musician were members of the late Junior US gang.

Wale reportedly collected 10,000 US dollars from the late Junior US but refused to go to his funeral or refund the money after he died.

So they’re avenging Shatta Wale for doing that to someone he called a brother when he was alive.

Well, reacting to these reports, Charles Nii Armah Mensah as he’s known in real life took to Facebook this morning and wrote:

“Still in kumerica having fun as usual and the unhappy ones are saying I was attacked for what ? if I may ask ? .. 😂😂😂

We just had this successful shoot and all they can talk about is this ? No wonder I keep leading them 50million years ahead ..Let peace reign  #KIP” 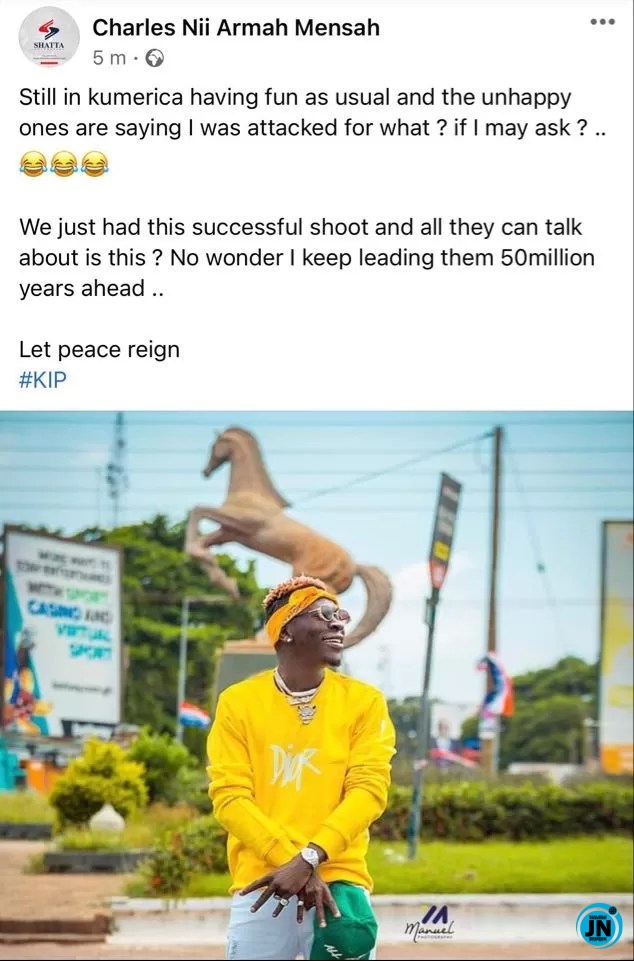 5 Flopped Nigerian Artists followed by Village People, No. 4  will shock You
“Kiddwaya is a sure guy but people choose to misunderstand him” – Tolanibaj
“Don’t Brag When You Help People” – Tacha Blows Hot
BBNnaija’s Nina Ivy Blasts Those Who Falsely Accuse People Of Rape, Says They Deserve 'Serious Beating'