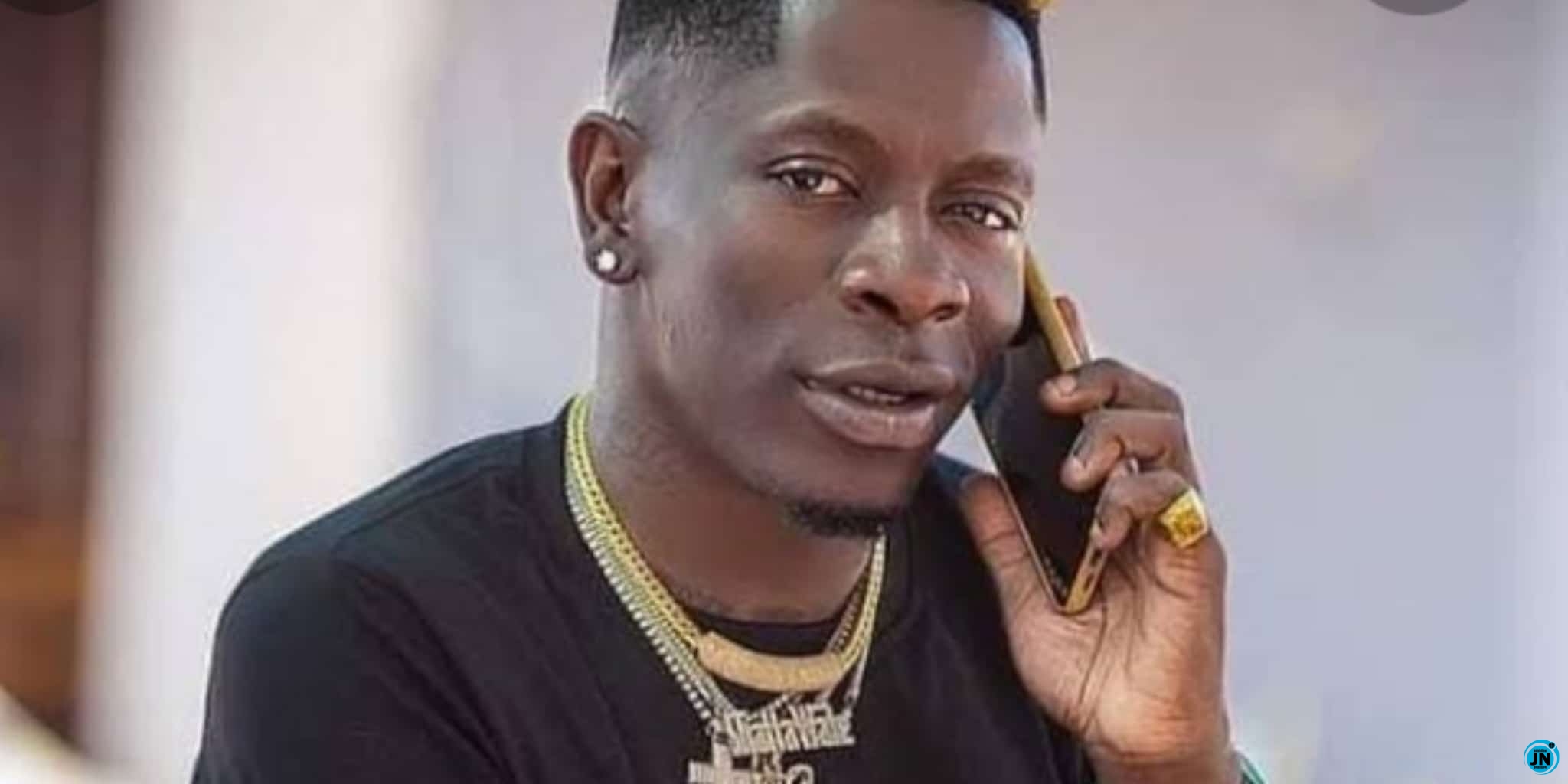 Ghanian rap artist Shatta Wale has been in the news in the past few hours after rumors of him being shot went viral on social media.

According to the reports, the rumors that Shatta Wale was shot started on Monday evening, and it went viral as some members of his team also confirmed it.

However, hours later, the Ghanian Police Service commenced a search for Shatta Wale as the report that he was shot later found out to be fake news.

The Ghanian Police, in its reports, revealed it had arrested two suspects for allegedly spreading false information on the gunshot attack of Shatta Wale; it further disclosed that its preliminary investigations showed the gunshot was fake news.

However, hours after the police commenced a search for Shatta Wale, the Ghanian artist has taken to his Facebook account to react as he claimed his life was in danger and he was on the run.

Shatta Wale revealed that a prophet told him that he would be shot on the 18th of October as he blamed the police for not taking action on such a matter.

The singer stressed that he chose to do what was right and would not wait for the law or the media to report bad news about him.

Shatta Wale went on to apologise to his fans, his dad for his decision while adding that the Ghanian youths were tired of the religiousness of the country.

This article is focused on what you should know about Shatta Wale, continue reading to see more.

His real name is Charles Nii Armah Mensah Jr, and he was born on the 17th of October 1984 to Mama Elsie and Charles Mensah. While much is not known about his mother, his father, on the other hand, is a politician, businessman and legal practitioner.

Shatta Wale is a Ghanian by birth and turned 37 years old in October 2021.

Shatta Wale attended the Seven Great Princes Academy at Dansoman in Accra, where he demonstrated his love for arts and took up a role in a popular drama series titled By the Fireside.

Shatta Wale started his music career while at the Winneba Secondary School, where he was taught to play keyboard and vocal training at the school’s music class department.

When he graduated from secondary school, Shatta Wale focused on music, and he gained some street credibility in a relatively undeveloped Ghanaian dancehall genre at the time; he gained recognition with his hit single, “Moko Hoo”, featuring Tinny in 2004 and at that time Bandana was his stage name.

Moko Hoo shot him into the mainstream Ghanaian music scene, but despite his popularity, Bandana disappeared from the music circus in Ghana but would later reappear as Shatta Wale. He would later go on to drop songs like Telephone No” “Anastasia”, “My Eyes Pon Di Money.”

Over the years, Shatta Wale has grown to become one of the most prominent Ghanian musicians and has collaborated with Nigerian stars like Davido, Zlatan, Mr Eazi, among others.

Shatta Wale, until 2019 was in a relationship with Michelle Diamond, but they have since gone their separate ways. However, till date, Shatta Wale has not opened up on what happened between him and Michelle. Before they broke up, the two had a son, but the singer doesn’t talk about his son; thus, little is known about him.

Shatta Wale is reportedly worth $8 million, and he is rated one of the richest Ghanian artists.