Ahead of their third wedding anniversary in a few days, actress Adesua Etomi has showered encomiums on her hub star, Banky W, jokingly adding that she is “shameless and not even sorry about it.”

The hilarious hashtags used have since sparked a commotion on Instagram. 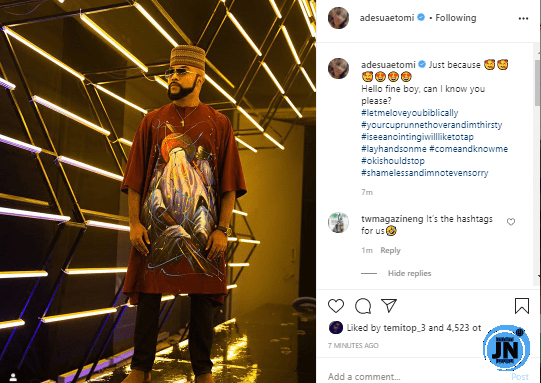 Folarin Banks wrote “The hashtags got me rolling on the floor!! Never seen such 🖤 ! You both make love look so beautiful”

The power couple, Banky W and Adesua Etomi had their traditional wedding on November 19, 2017, and ever since the lovebirds have always taken to social media to gush about their love for each other and reminisce on their love journey. 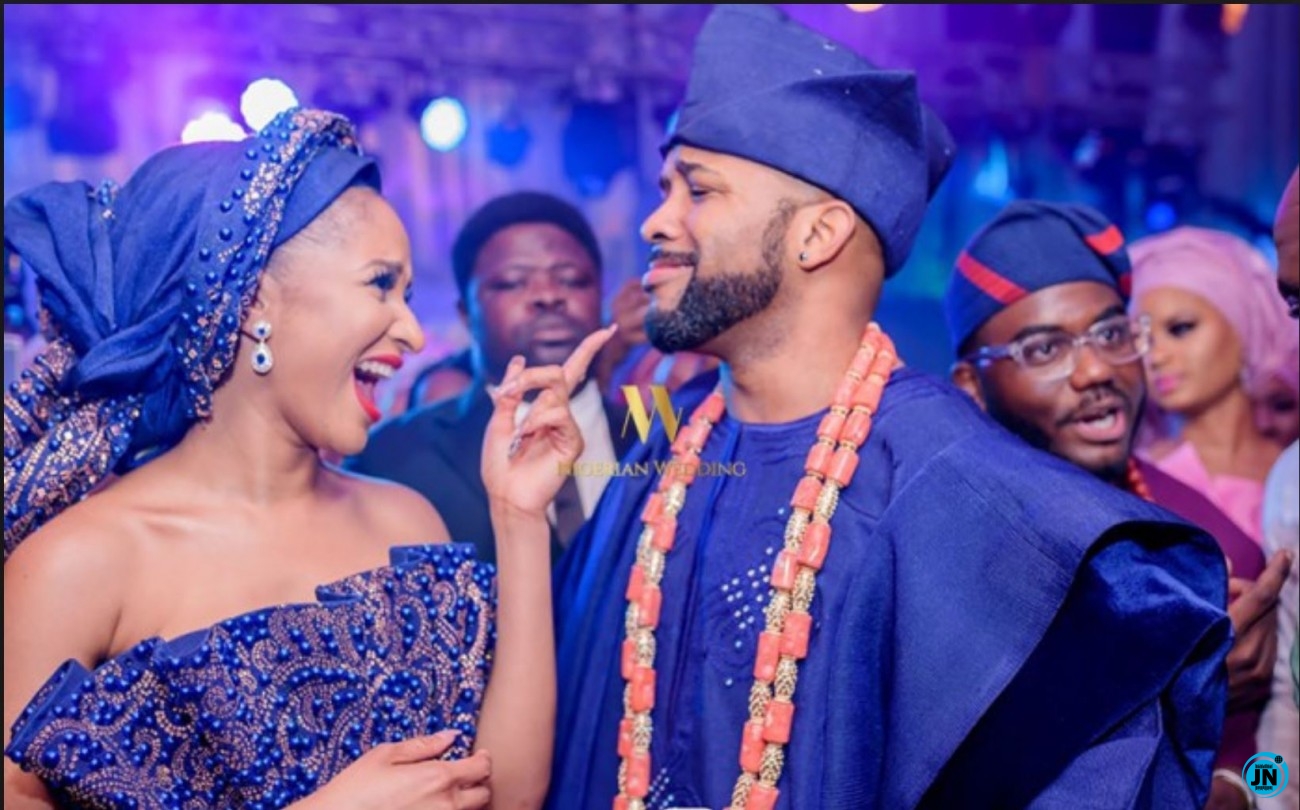 She wrote ” Happy birthday beautiful. I truly understand what it means to love someone without meeting them. You light up so many lives” with many insinuating that she probably lost her baby due to a miscarriage..hence a month-long absence on Instagram to mourn.

BBNaija: “I Know Your Mum Is Looking At How Strict I am With You” – Vee Tells Neo (VIDEO)
Nollywood actor RMD shows off dancing skills on a yacht in Dubai (Video)
"Wizkid Is Just Hype, He Sings As If He’s Tired Of Music" – Twitter Fan Trashes Wizkid’s New Single
Cynthia Morgan Called Out By Ex Management For Allegedly Owing Over 40 Million Naira