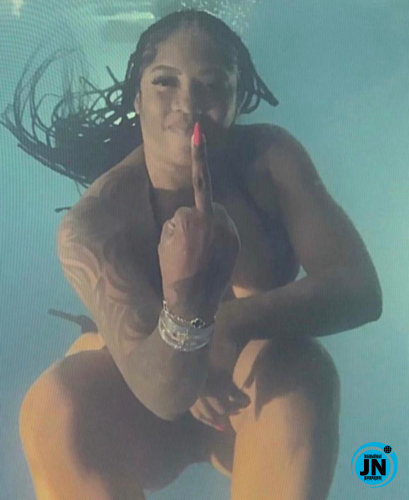 Tiwa slammed notorious blogger Gistlover for his dissatisfaction with the manner she handled her sex tape incident yesterday evening. Gistlover, she claims, threatened to disclose her sex tape gist before she did, in order to humiliate, destroy, and shame her on social media.

Tiwa Savage claimed on the 17th of October, during her 'Eko on Show' performance, that the tape does exist, but that it will never be seen in this lifetime. And she sung about how the unidentified man in the sextape used his masculinity (d*ck) to harm her. 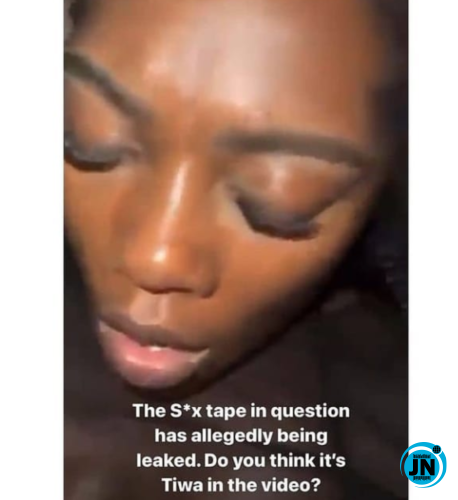 On Monday Night, the alleged sextape of Tiwa Savage hit the internet and it got everyone talking. The short video was reportedly leaked by Gistlover.

In the snap Tiwa Savage’s face and private part was on display. Reports have it that the lady in the sex-video is a Tiwa Savage look alike, an American artist known as Kash Doll, and not our African Bad Girl, Tiwa. 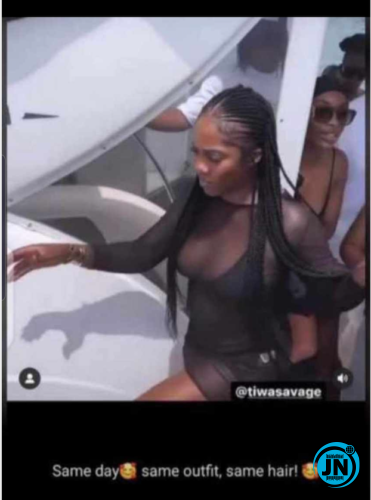 While an unconfirmed report revealed that Tiwa Savage was the one in the sextape, and the act was carried out below deck on a small Yacht.

Ajebo D Comedian And Wife Welcomes Baby Girl (Video)
‘I Did Not Make Any Money From BBNaija’ – Khloe (Video)
“She breaks down in tears when offended, she’s not a troublesome person like me” – Osinachi Nwachukwu’s sister speaks in tears (Video)
Burna Boy Sprays Million Bundles of Cash On Patoranking (Video)