Popular and controversial Nigerian cross dresser, Okuneye Idris Olarenwaju, widely known as Bobrisky, whom is always known to be the topic of discussions on social media, is this time on the trend again, after claiming to use the female gender, better than the females. 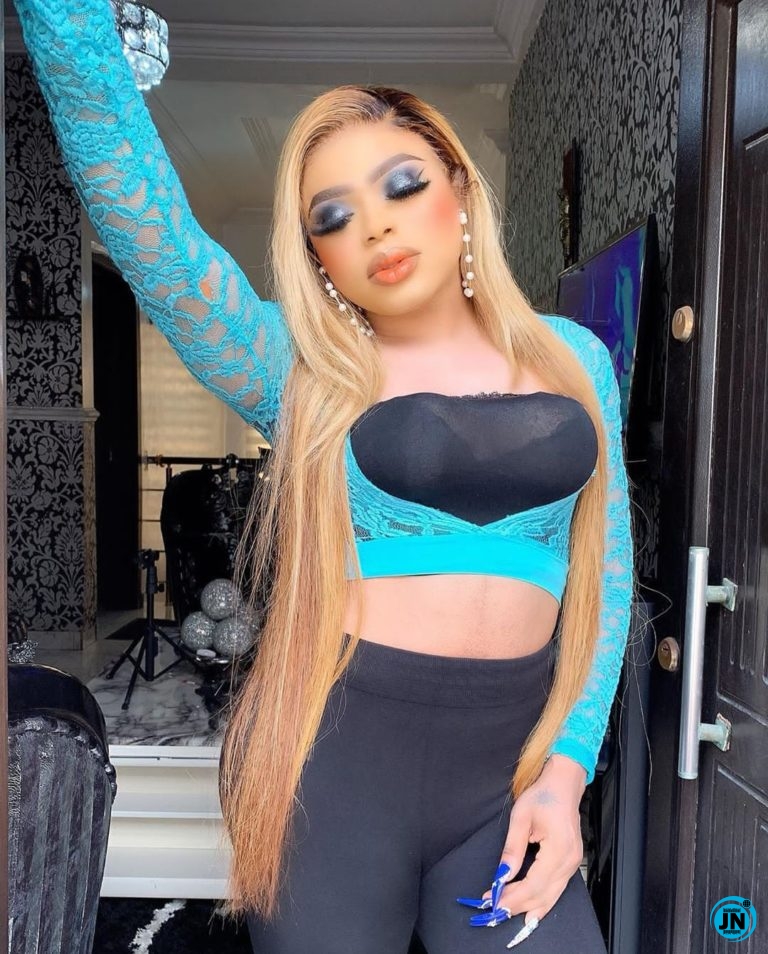 Just recently, the transvestite blasted women, claiming he uses the feminine gender more than them. Bobrisky claimed that a lot of girls in his comment has been throwing jabs at him for no reason but they cannot come close to the person he is intimate with and they are hating just because he is doing better with their gender.

“Some of you girls you yan trash, you yan nonsense. Some of you come to my comment section, you keeping saying “oh, Bobrisky you wanna be a girl so bad. You can never be a woman”. But do you know I use your gender more than you?”

In the video, Bob can be heard saying;

“A lot of these b*tches hate on me. You know what girl? Who Bobrisky is f*cking, who I’m dealing with, you can never dine with him despite your t*to, despite your breasts”

“This my gender, I use am pass majority of you girls. Stop f*cking hating. I love you regardless because you are following me”

"I'll Tell Ebuka He Is Wicked To His Face, If I Ever See Him” – Trikytee (Video)
E-money & Police Saga: "Investigate Poverty Too" – Daddy Showkey
"I Am A Fine Boy That Has Swags Again" - Wizkid's First Son Sings To Mom (Video)
"I Go Nack Person My Latest Juju" - Cubana Chief Priest Jokingly Warns Wizkid To Stay Off Genevieve