It was dramatic stuff yesterday as fans of Davido and fans of famous American singer hit out at each other on the popular social network, Twitter. 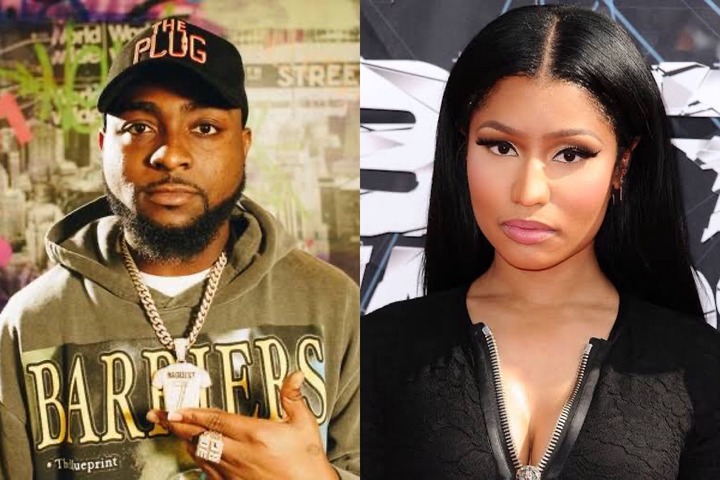 Recall that Davido featured Nicki Minaj in his recent album, “A Better Time,” however, this is where the major issue broke out.

The fans were arguing over the impact their artists had on the song.

However, the Davido fan countered saying on Audiomack it is not.

Then the major issues broke out when the Nicki Minaj fan stated that she was not talking about on Audiomack but she was talking about overall, stating that they need to learn how to read.

They continued dragging up till the point the Nicki Minaj fan stated that Davido had no impact.

This did not go down well with the Davido fan as he lashed back at the Nicki Minaj fan for trying to discredit Davido. 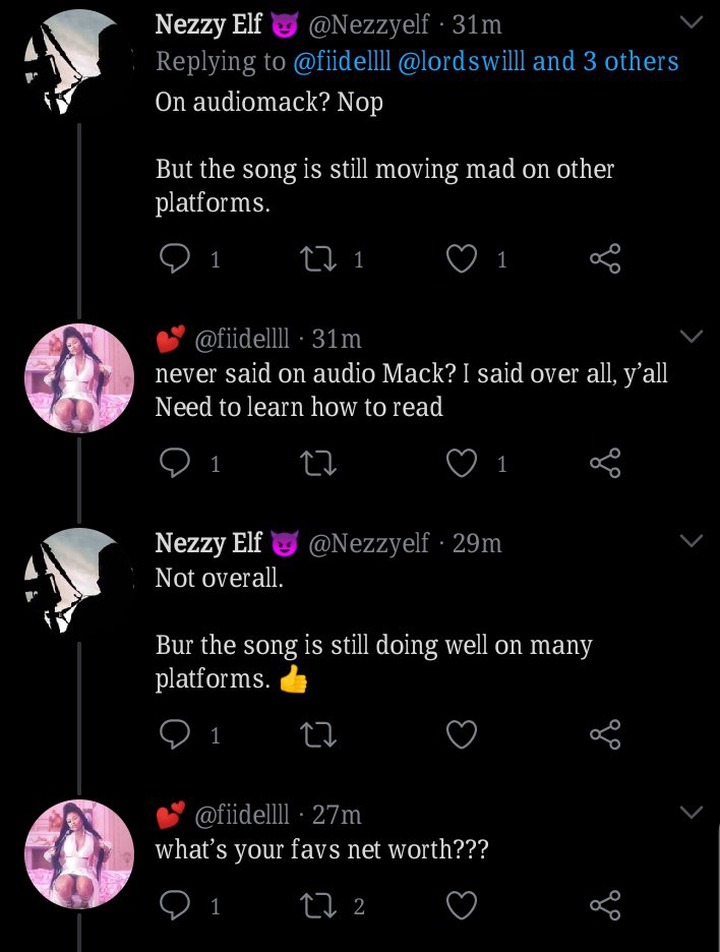 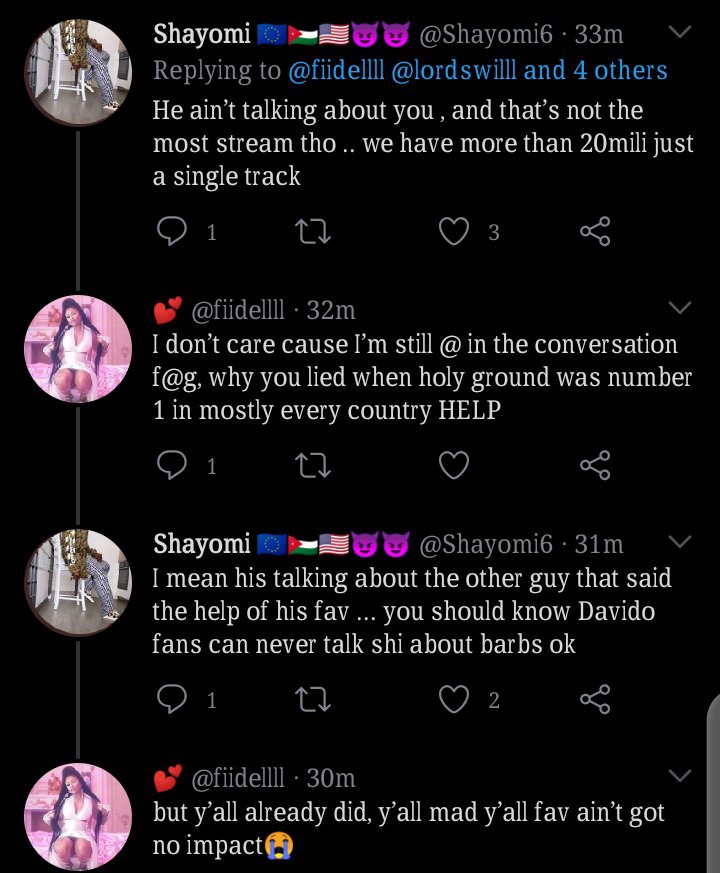 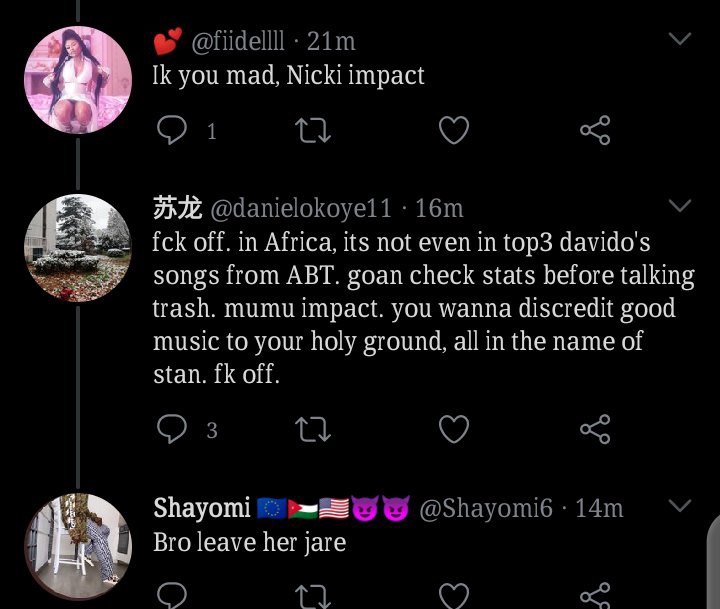