After reports popped out last night that the self acclaimed, African Giant, Burna Boy sent his boys over to hit CDQ after he criticized him, Obafemi Martins has weighed in.

There was a fight between three of them at Bayrock, according to Obafemi Martins and he stated that he has been seeing a lot of allegations online and he would not like their names to be disgraced like that.

Obafemi Martins further stressed that although there was a misunderstandings few nights ago but all have been resolved.

He stated the club had not even been open yet he only called his boys to talk about the issue there stating he is a shareholder at the club, noting they should not destroy his business.

He ended it by pleading with Burna Boy and CDQ to bury the hatchet, forget it and carry on.

See what he posted on his Instagram page below: 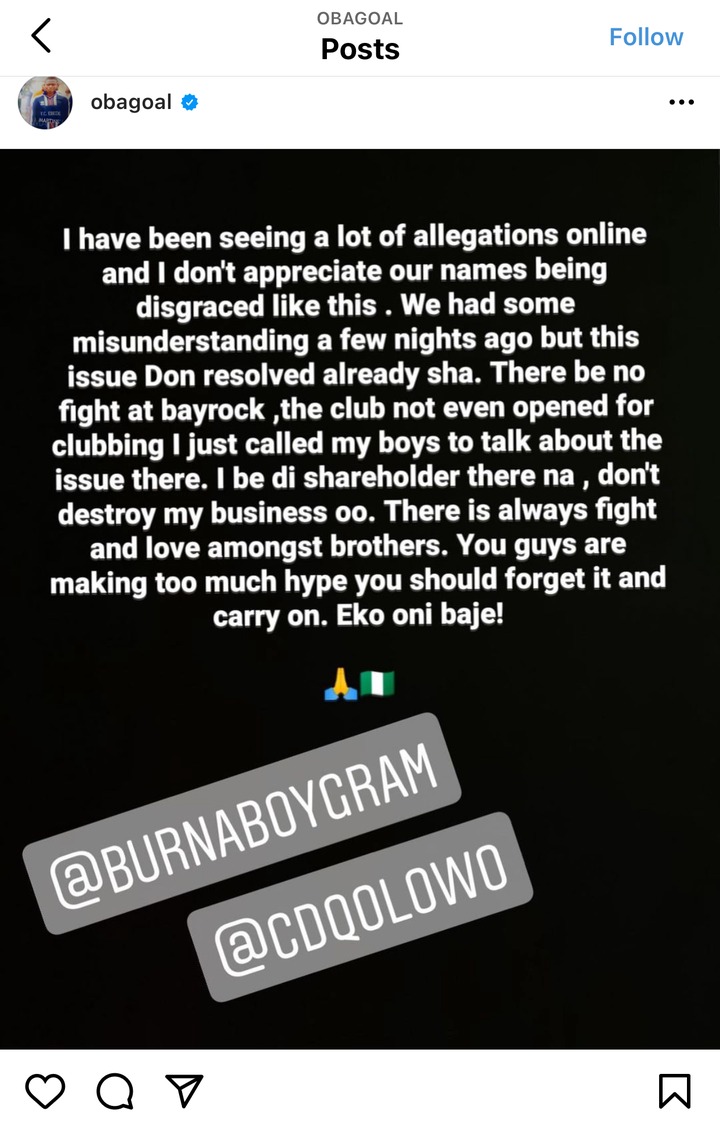 The story of the fight had gone very far and entered another dimension yesterday after Pulse obtained video of the injuries CDQ allegedly sustained after he was attacked by Burna Boy’s boys.

Iyabo Ojo To Host Saidi Balogun On His Birthday After Fight With His Estranged Wife, Faithia Williams
#BBNAIJA2020: See The Reason Why Kaisha Said She Won’t Be Going Back To School (VIDEO)
‘See This Boy Oh’ - Viewers React To What Laycon Said He Wants To Do After Big Brother Naija
“No come get high BP for person matter” – Peter Okoye replies troll who said nobody would stream his song