Popular Nigerian music superstar, Davido and veteran businessman in the music industry, Don Jazzy have decided to spice up the internet space this morning. 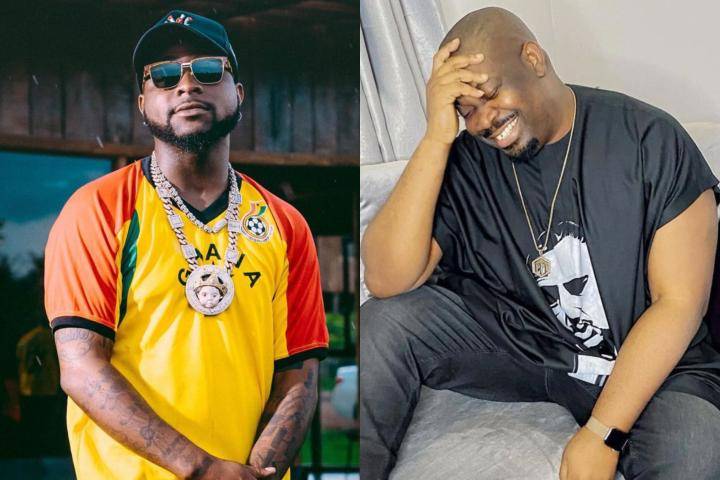 Don Jazzy on a normal day is known to be a jovial and playful individual as over time he has always been between playful with his fans on social media and interacts quite well with them.

Actually, this time he decided to switch it up a bit as he and popular music star, Davido decided to definitely crack a joke on the social network.

Don Jazzy had taken to Twitter to tag Davido requesting him to do a giveaway of an iPhone 12 pro max.

Then Davido simply replied him that he could only do a give away of an Infinix phone instead of an iPhonr.

Definitely, Davido replied that way because he is an ambassador to the phone brand.

‘Abortion Doctor’ - Mercy Fans Mock Tacha After She Posed In A Doctor Outfit, Titans Reply (Photo)
Heartbroken lady flees on her wedding day after finding out her groom slept with her friend (Video)
Neymar in tears after being taken off on stretcher with suspected broken ankle
Nigerians Mock Bobrisky After Saying The Reason Why God Sent Him To Earth (Photo)

It's not bad at all if Davido suggested an infinix phone instead kg the iPhone 12pro max Don baba j. actually requested for but on a second thought.,,#O.B.O I really think he deservrsysomething better honestly speaking.