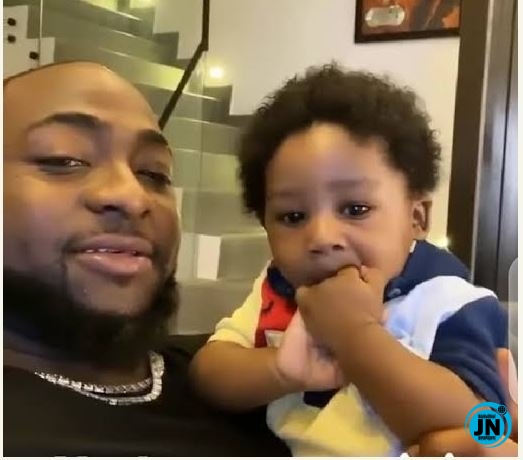 Nigerian Afro-pop singer & DMW boss, Davido has disclosed what he and son has been going through, evwr since his fiancee, Chioma, tested positive to the deadly coronavirus.

Davido took to his social media page, to share a photo of his tired and swollen eyes, further revealing that he hasn’t had enough sleep as he is now the one taking care of his son, Ifeanyi Adeleke Jnr.

Recall that last week, Davido himself took his twitter handle, to reveal his fiance's Coronavirus status, which came positive.

According to him, he just got back from the United States of America where he had been on tour  while his wife also came back from London, and he decided to take his family and close associates for the coronavirus test.

He disclosed further that while he and his son including all 31 associates tested negative, his fiancee,  Chioma only tested positive. Wizkid 2nd Baby Mama, Binta Speaks On Marrying Him And Opens Up On How She Has Forgiven Him (Photos)
Rema Has Stood Bodly To fight PDP And her Members
Moment Teni chased after Davido in Lagos to request for a collaboration
“No woman has ever done this” – Lady brags after spending N7K on her boyfriend