Chelsea F.C. goalkeeper, Edouard Mendy was definitely and obviously the saving grace for the Blues in Saturday’s encounter with the Red Devils of Old Trafford, Manchester United. 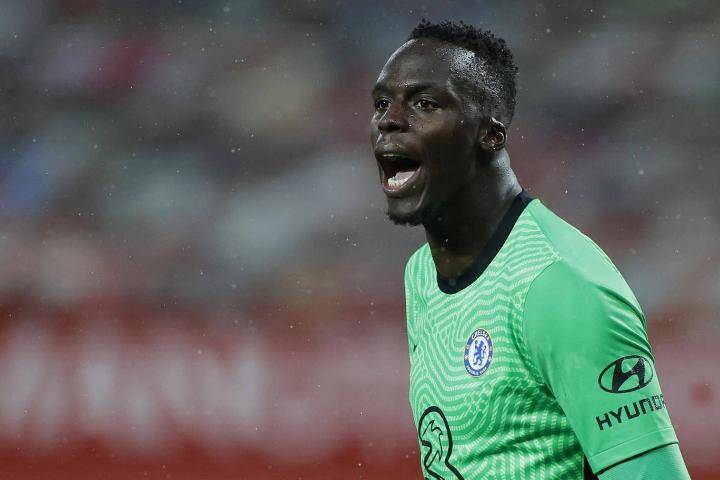 The match ended in a 0-0 contest but the individual brilliance of Senegalese goalkeeper, Edouard Mendy prevented Manchester United from wining the match.

Chelsea on the other end did not really make much efforts to score a goal but Man United on multiple occasions put the Chelsea goalie to test.

Marcus Rahsford tested Mendy twice, Juan Mata once but Edouard denied them a chance to celebrate a goal. 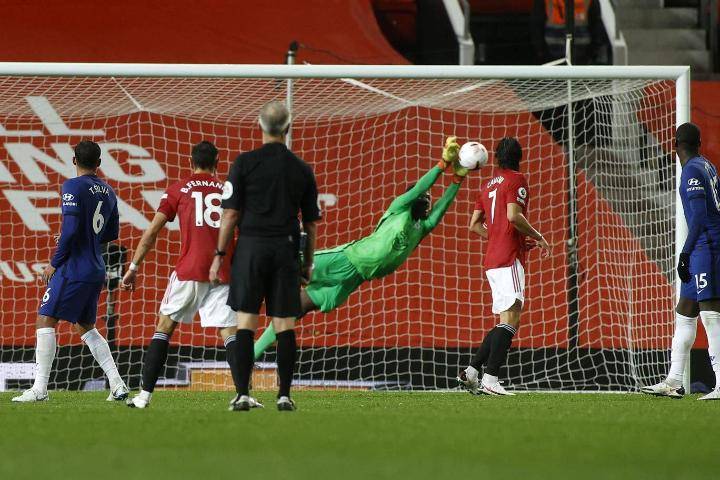 With fans taking to social media to hail him, the English Premier League goal keeper has shared a record he made with his saves yesterday.

The official account of the English Premier League tweeted that Edouard Mendy became the first Chelsea goalie to keep a clean sheet in his first two Premier League matches for the club since club legend, Pete Cech in August 2004. 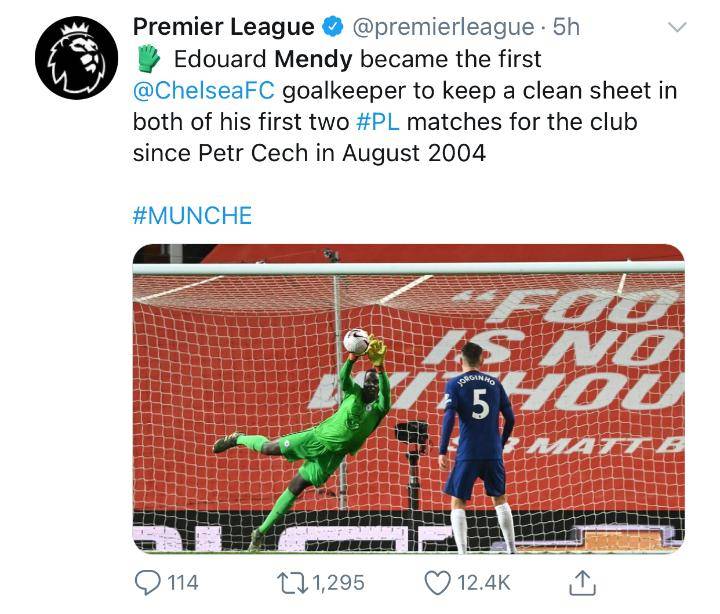 That’s however a huge record for him and maybe a promising good future for him. 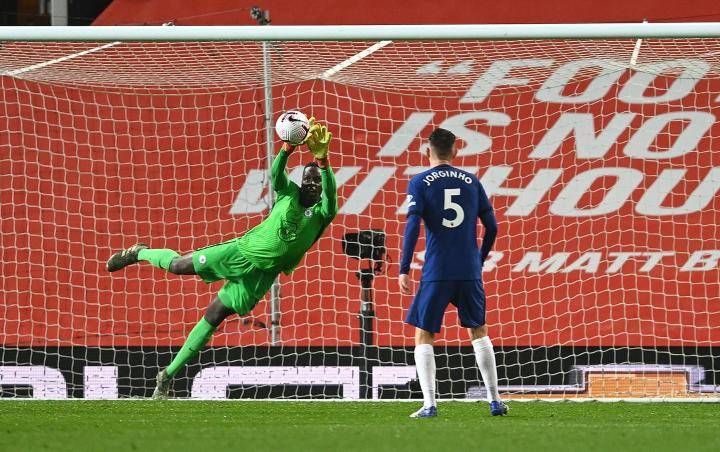 Fans have resulted to hail him for this record as they have tipped him for more success in his new club. 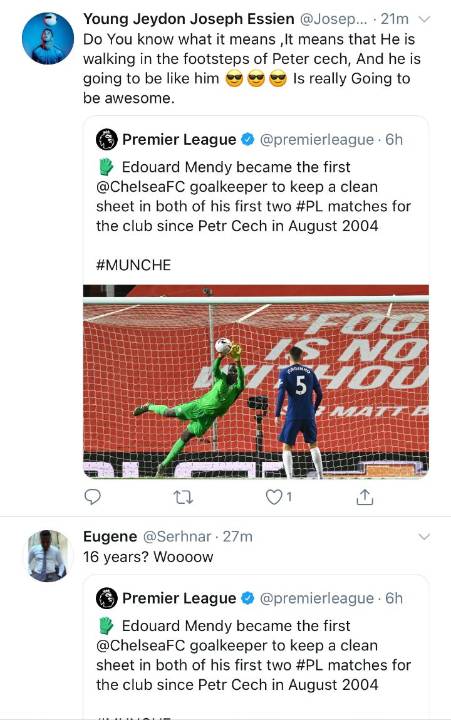 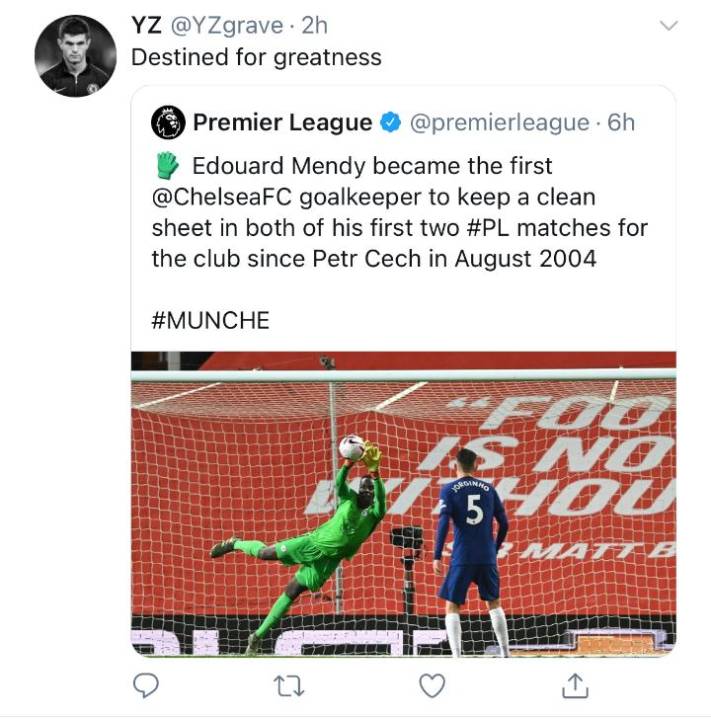 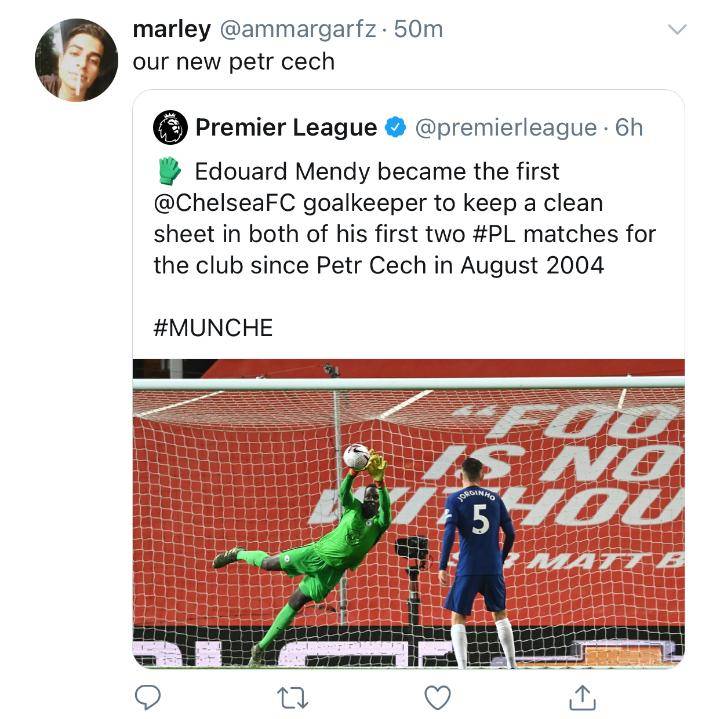 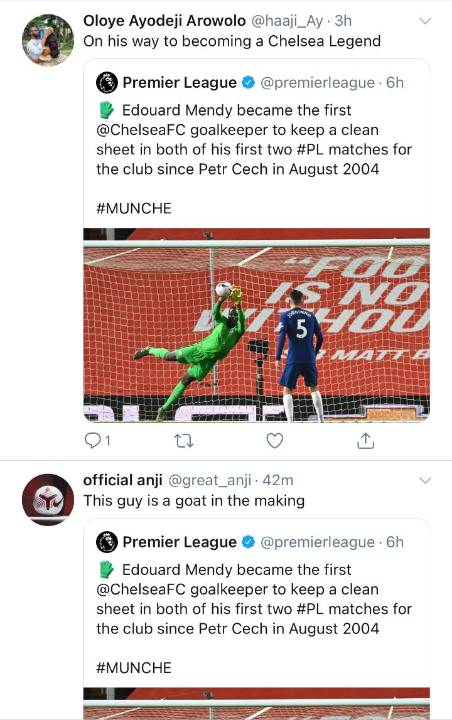 #BBNReunion: Angel exposes how Emmanuel made advances to her while in relationship with Liquorose (Video)
“Made In Lagos” Is Overrated – Man Says As He Lists 2020 Afrobeat Albums Better Than Wizkid’s MIL
Self-made: Ka3na venerates self; brags about her achievements in 2 years without any support
Wizkid’s “Made in Lagos” Becomes The Longest Charting African Album On Billboard