Popular Nigerian reality tv star, Erica Nlewedim is right now influencing her fans have they have taken on a challenge on popular social network, Twitter. 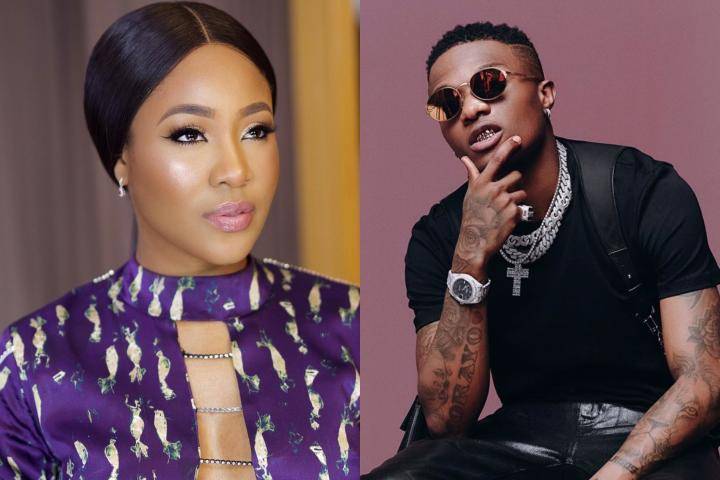 At one point yesterday, Erica Nlewedim took to her account on Instagram to share an insta story of her self using high heels on a treadmill with a song on Wizkid’s new album, True Love featuring Tay Iwar and Projexx playing in the background.

On a normal day, high heels are not usually used on a treadmill and Erica doing this came as a very different thing and a surprise to many.

See screenshots from Erica’s video below: 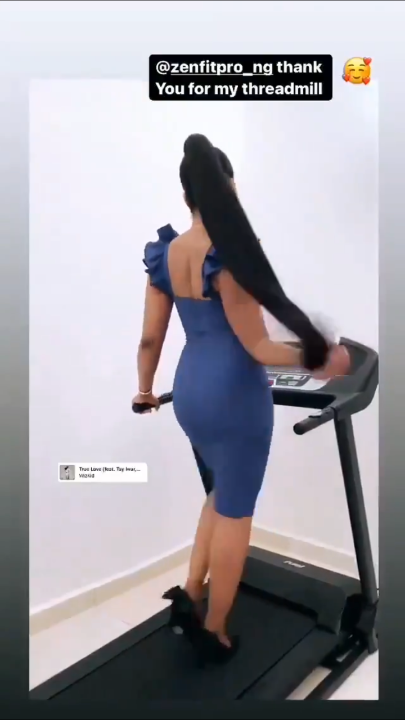 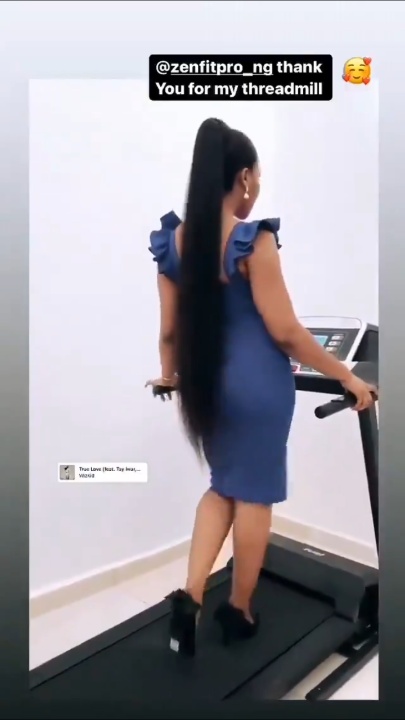 Well, Erica has greatly influenced her fans with this act as majority of her fanbase have started the #Ericatreadmillchallenge on Twitter, they using their high heels on a treadmill with the Wizkid song playing in the background.

They have shared series of videos on Twitter and some have narrated what they passed through before getting it.

One fan who posted hers on Twitter stated she fell off the treadmill thrice times before she got it. 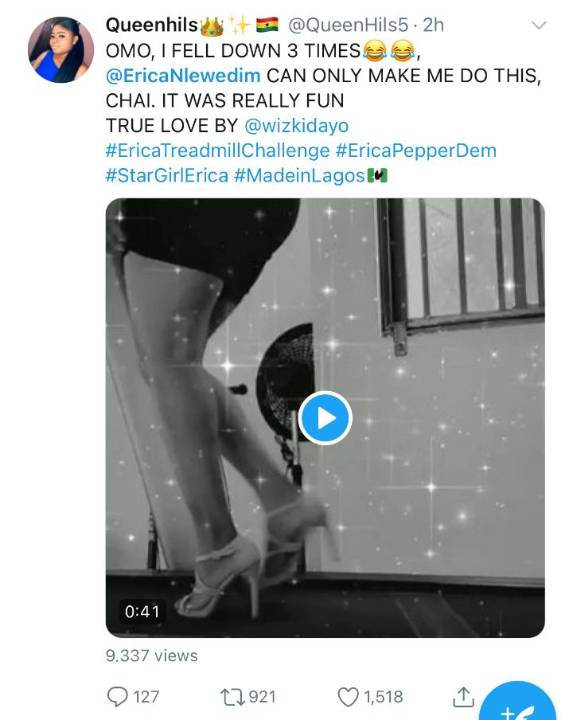 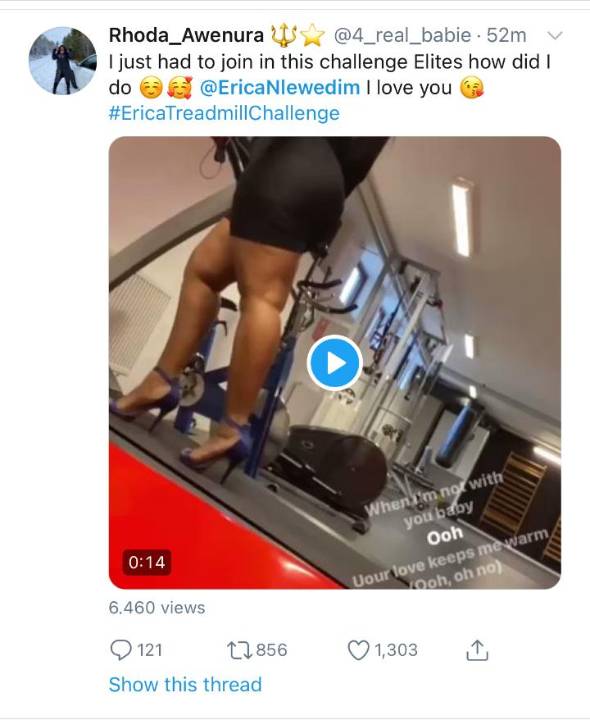 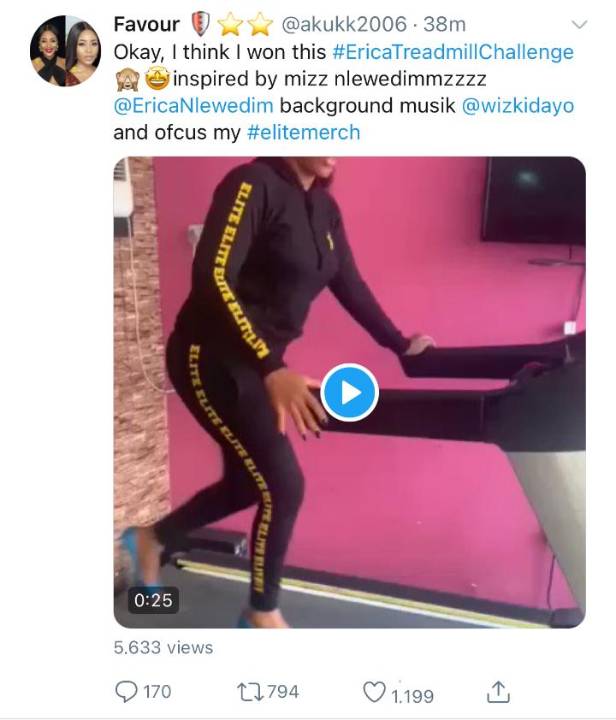