A former housemate of one of the most watched reality TV show in Nigeria, Big Brother Naija has stated that she is finer and more fresher than the Governor of Lagos state, Babajide Sanwo-Olu. 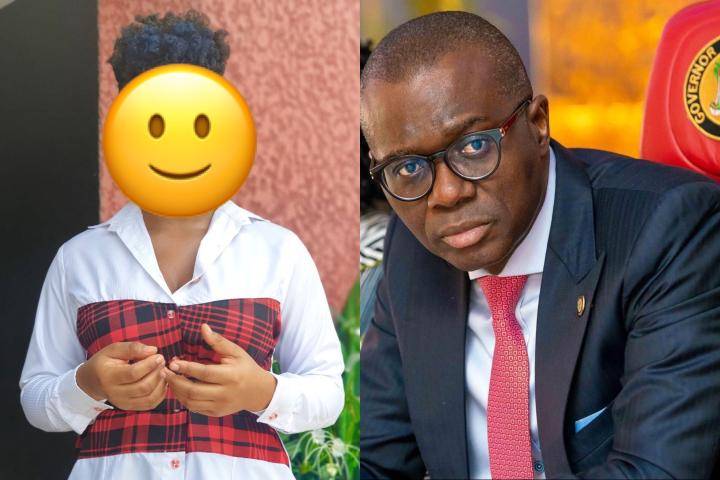 She said this after a fan compared her with the Governor in the comments section of an Instagram post she made about the Special Anti-Robbery Squad, SARS, brouhaha.

She had initially taken to her verified account on popular photo and video sharing social network, Instagram to share a photo with Sanwo-Olu where she stated that the Governor should put in efforts to stop SARS brutality. 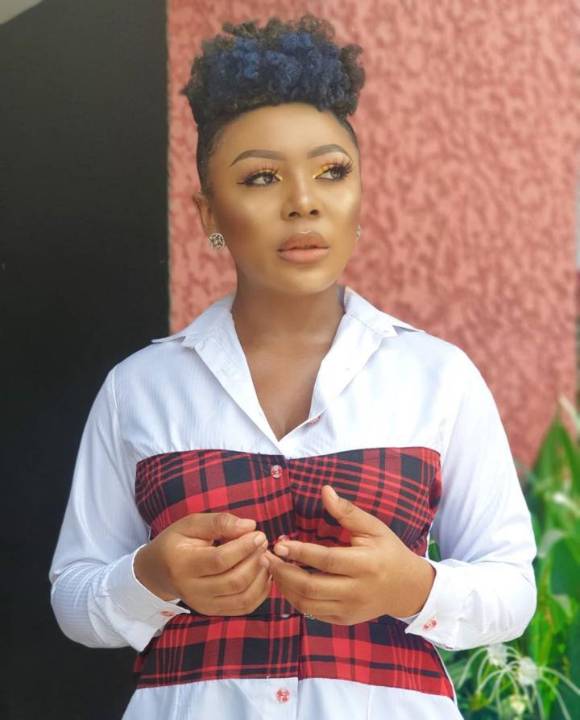 In Ifu Ennada’s post, she spoke about the day she visited Sanwo-Olu and how he promised to serve the people and further pleaded that he should speak with his colleagues in government and end Sars. 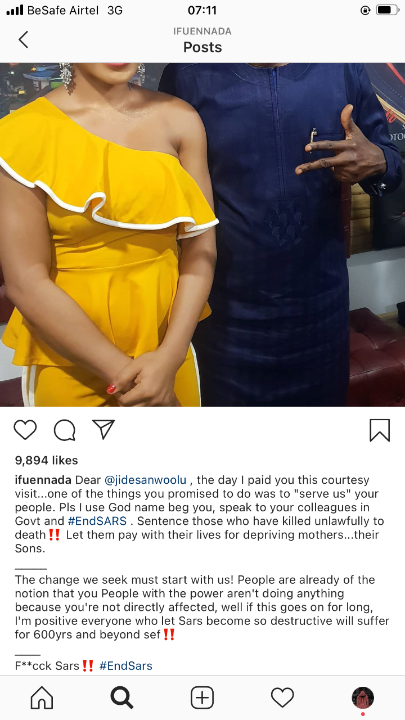 Well, she said what she wanted to say and a fan commented that he could see a striking resemblance between them.

Here is the photo she uploaded: 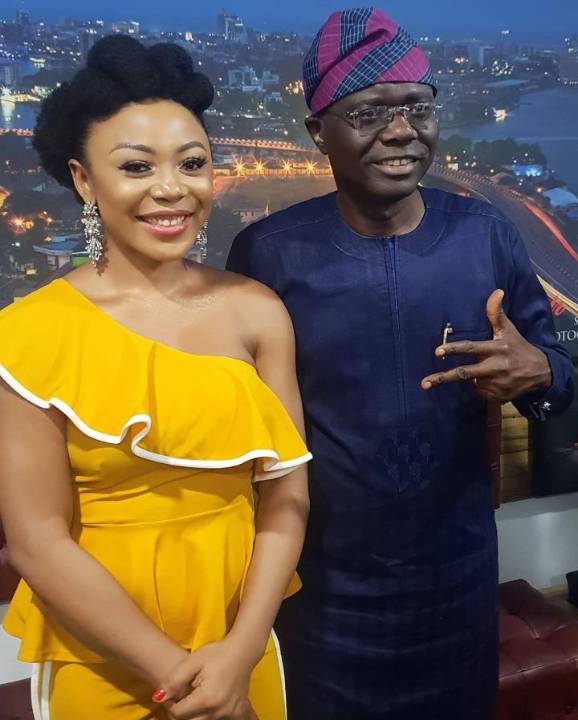 And here is the comment below where she stated she is finer and more fresh than him when the fan commented that they look alike. 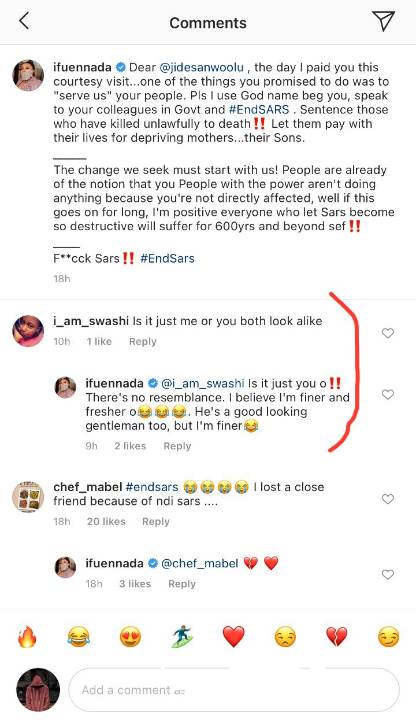 Banky W & Adesua Etomi Welcome Son Together (Photos)
Simi’s new photos show that motherhood is a beautiful experience, check them out
You Will Love These Photos Of Tonto Dikeh And Regina Daniels
BBNaija: The Emotional Moment Lucy Met Ka3na For The First Time After Her Eviction (Video)