Fans of reality TV stars, Erica and Kiddwaya have taken their shipping thing to another level as they are celebrating a 3-month anniversary for the celebrities. 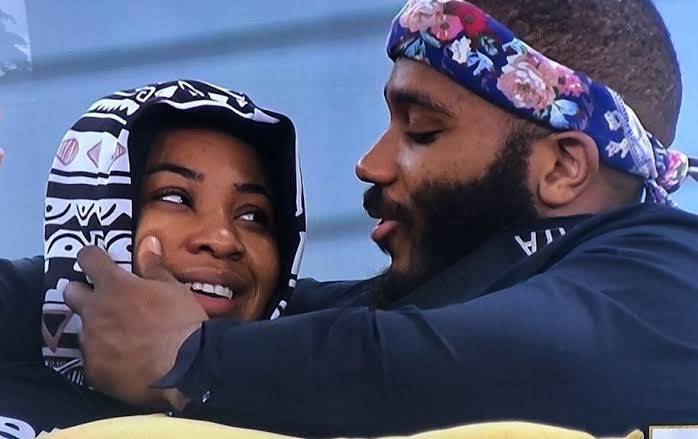 Erica and Kiddwaya used to be a serious item during their time on the reality TV show, Big Brother Naija season 5 and it seems they’ve continued outside the house.

Their fans have decided to do a major throwback on the day they met as they have taken to popular microblogging social network, Twitter to do a 3-month anniversary.

Erica and Kiddwaya met on the start of the reality TV show on July 19th this year and today October 19th makes it 3 months they met.

Their fans have taken to social media to make series of posts to eulogies them as they tagged their anniversary, #KIDDRIVERSARY which is now on Twitter trends list. 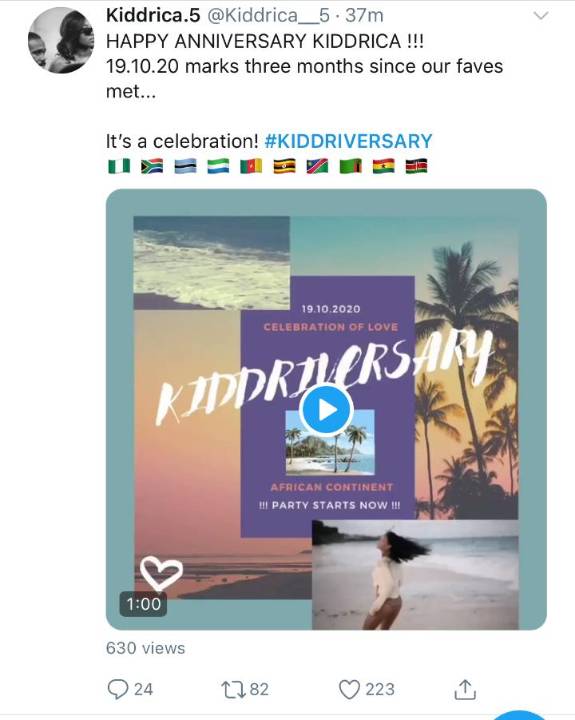 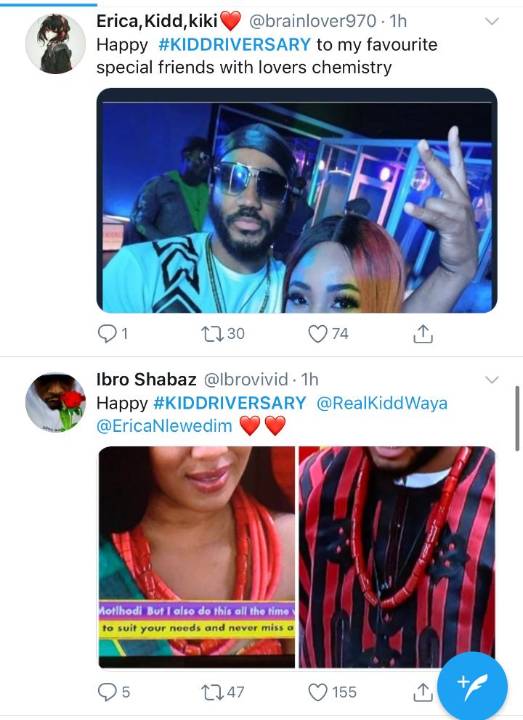 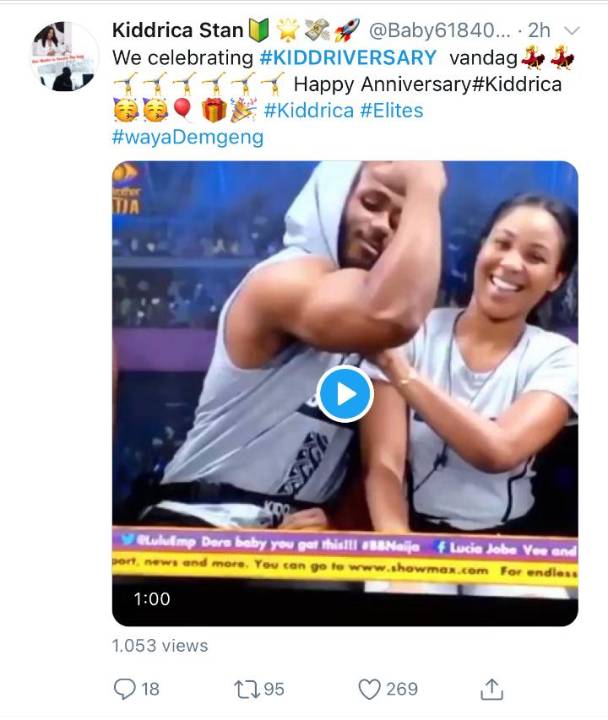 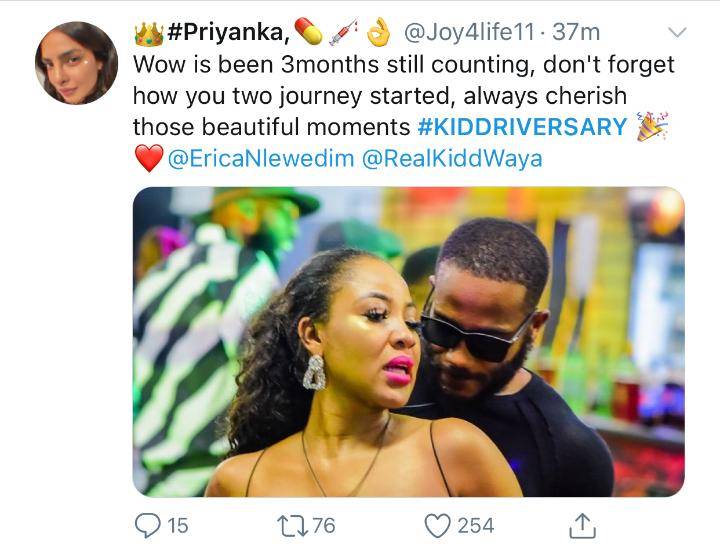 Obviously, Erica and Kiddwaya have continued the chemistry they had inside Big Brother’s house outside as they have been seen together countless times.

#BBNaija2020: Neo Loses 50K Bet To Vee And Laycon (VIDEO)
Chimamanda wins Women’s Prize for Fiction ‘Winner of Winners’
Third Mainland Bridge: ‘Social miscreants’ slow down construction as FG postpones shutdown
Actress, Tonto Dikeh reveals why she went under the knife as she shares photos of her body before and after surgery