A Twitter user has caused a stir of reactions and attracted a lot for comments with his tweet about the two big music artists. 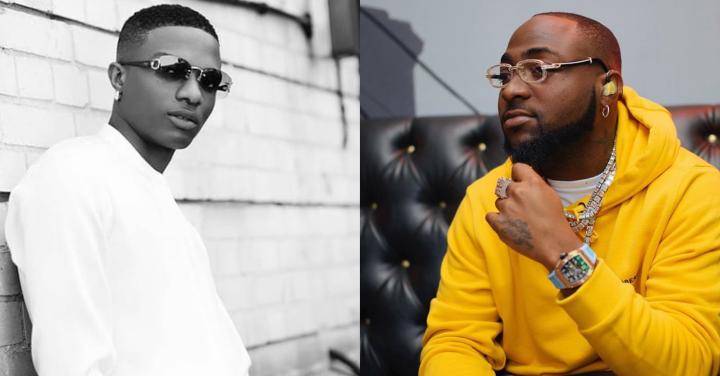 The user with his tweet shed more insight about the two popstars who are always seen as two top rivals in the Nigerian music scene.

In his tweet, the user who goes by the ID name, @one_dosh simply tweeted on their strength and attributes. He tweeted that Wizkid has talent while Davido on the other hand has the ginger.

He tweeted thus, “I think wizkid has the talent but Davido has the ginger.

What’s your take on this? Pls don’t be bias.”

However this has drawn a lot of comments on the social network. And I have some reactions for you below:

@zaddy_nomso tweeted: Wizkid has the Talent & used to have the Passion at the beginning but it seemed to slip away & he is probably just relaxed freestyling most of his songs. Davido on the other hand has the Passion & Ginger, the hunger to always wana be the best no matter what it takes. 🐐🐐

@aphrodi_tees: I think you mean Davido has hardwork

Davido has more than enough ginger to cover up for his talent.

That's why Wizkid is better.

@Andrew_barrri wrote: I think wizkid used to have the talent but not anymore.

See other reactions below: