The argument about how Wizkid got to win his first Grammy Award is still on on popular social network, Twitter and it has caught the attention of a German Twitter user. 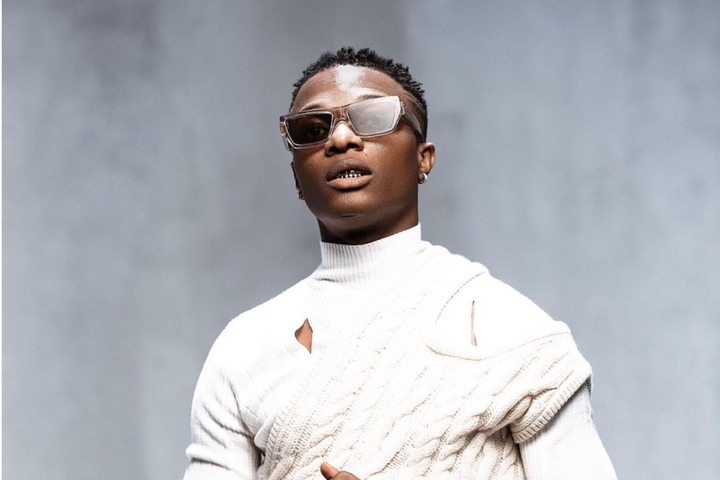 “Wizkid bragging be like “Hey guys I just won a Grammy award with a song I got featured on, so I wanna thank Beyonce and her 9 year old daughter for making this possible for me”. 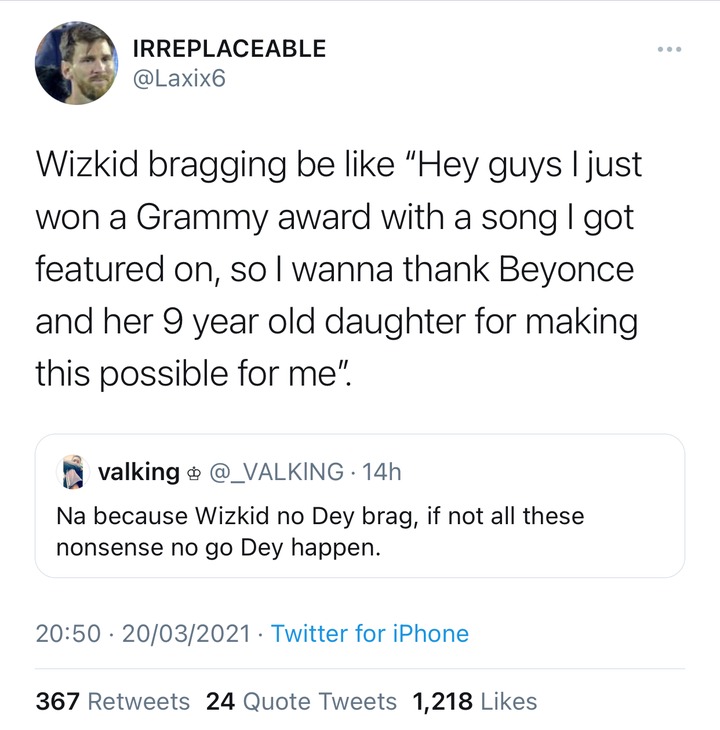 This did not sit well with the German citizen as she tweeted this in her language;

“Just a fool like you would think so, open your mind and contemplate the glory of Wizkid, you are Nigerian and I am not, you would have more right to speak well of him than I do but slavery continues to plague your generation.” 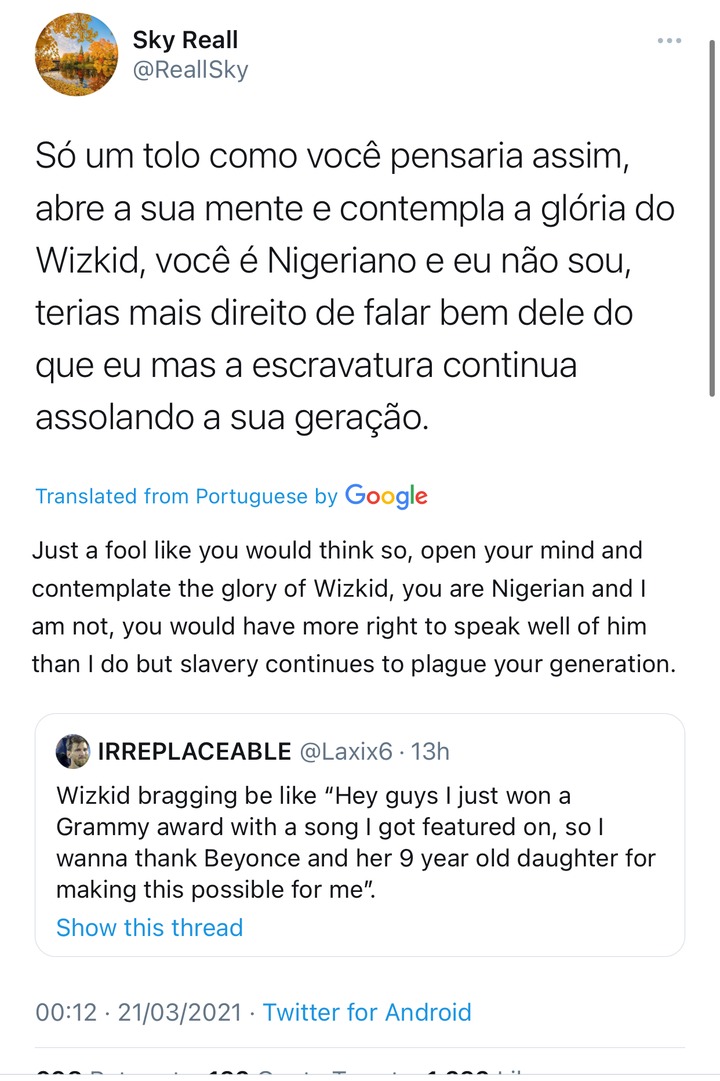 COVID-19:Don’t travel home for Christmas- FG beg Nigerians
Nigerian singer, Davido set to become his driver’s best man
Nigerian man narrates how he stopped the police from freeing a suspected pedophile because the mother of the child was unable to ‘pay money to register the case’
Ex BBNaija Housemate, Erica, Dragged by all Nigerians, For intentionally not wearing Bra to Dele Momodu's House

i really prise God for making possible for wizkid to gain all his hard to the gram award. ad thanks to German who lashed the Nigerian tweeter about wizkid statement...
Wizkid can say anything God has bleesed...Up u wizkid let ur enemy jump into the sea..