on May 02, 2020 0
Famous Nigerian Snapchat gay and Crossdresser Bobrisky took to Instagram to share photos of his late Mom. According to Bobrisky, she really looks like her late mother even though she has said it countless times and people don’t believe her.

She said the year her mother died, she tried to convince her not to go to mecca since the doctor told her she has high blood pressure, she also talked about how she misses and cries each day when she remembers her.

She captioned the photo with;

When I tell people I look so much like my mum. That is my mum o! She is so pretty. She died in Mecca hajj 2008. She died 12yrs ago. I remember telling her not to go to hajj that yr because the doctor told us she has high blood pressure. She eventually went and died there. Dis soul here is my everything. I still cry sometimes thou because she loves me die! 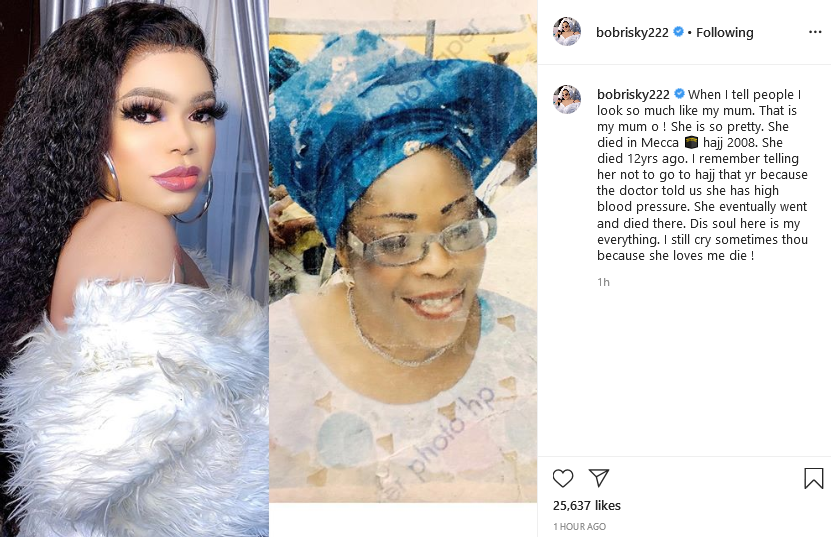