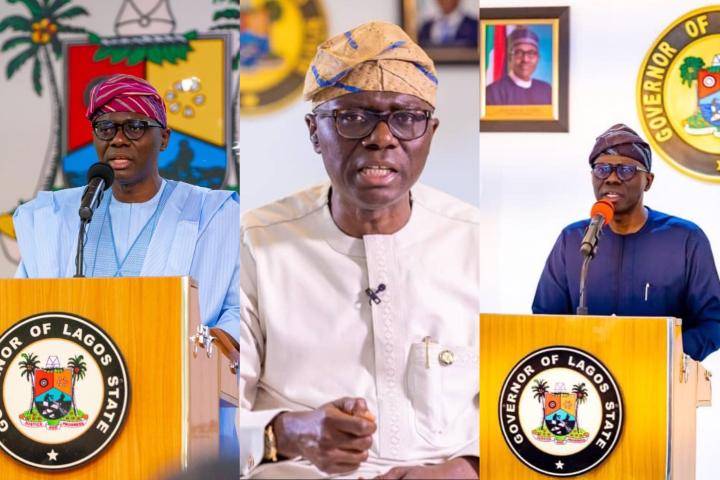 The American news-based pay television channel summoned on the governor to answer questions related to the Lekki Massacre at the Lekki Toll Gate that happened on the 20th of October, 2020.

Another question raised by citizens is the fact that ‘Who ordered the shootings on peaceful protesters.’

Well, on Governor Sanwo-Olu’s interview with CNN he admitted tha members of the Nigerian Army were there and at least two persons died.

This has got Nigerians furious over the fact that why was he not saying the truth before.

Some have resulted to stating that the Governor feared the international news brand and was shaking while being interviewed. 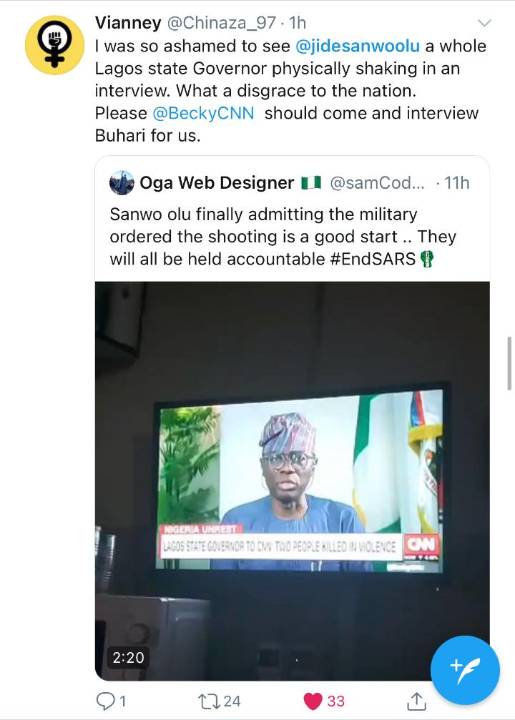 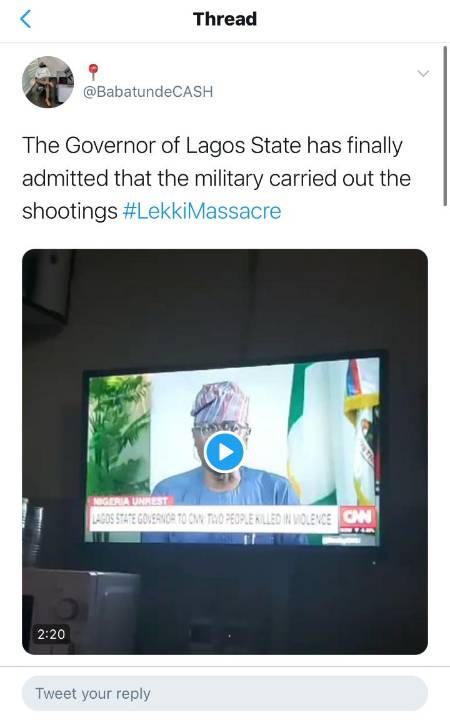 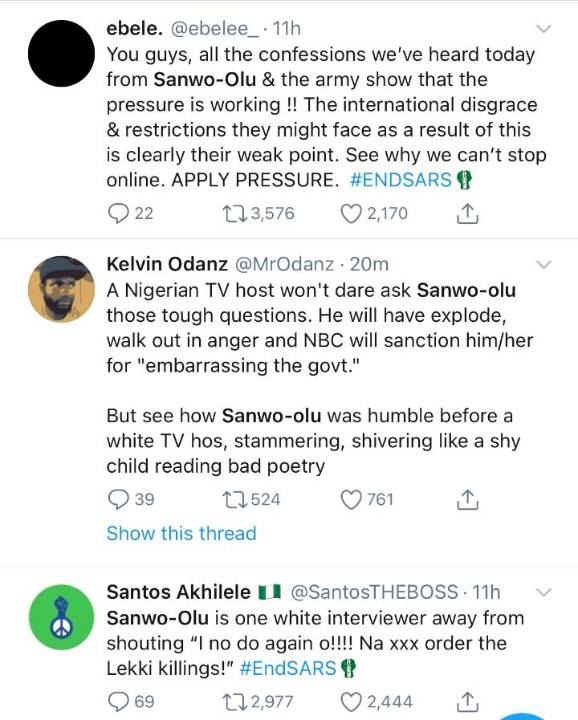 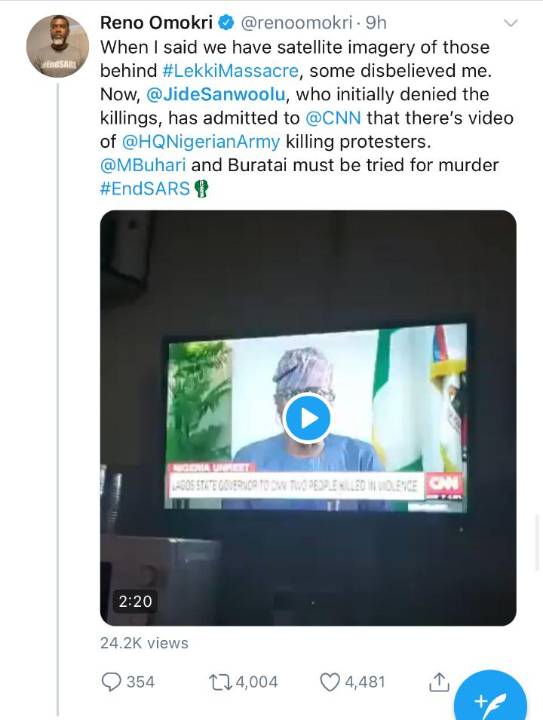 It really a great and wander full day