Nigerian singer and record producer, Samklef, has been slammed by an internet Troll, after his Father's Day wish to the president and vice. 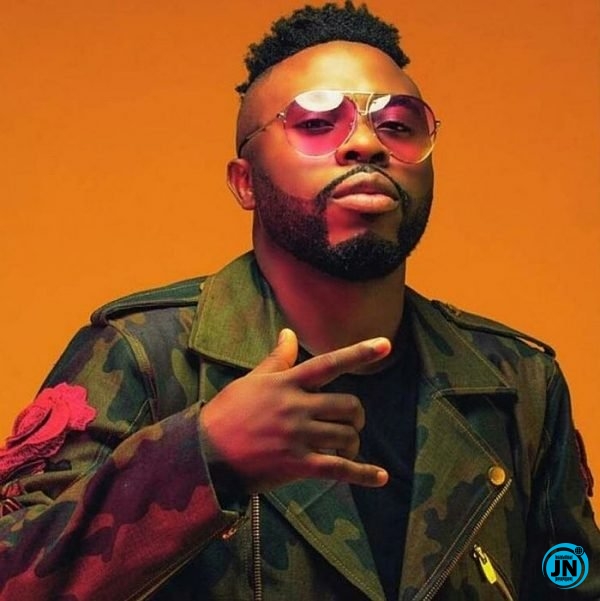 The singer had written on his Twitter as he tagged the president Buhari and his Vice, Osibanjo.

However, another Twitter user, ‘Biggylarge1’ slammed him as he shared that he didn’t expect it from the singer.

The singer, however, hit back at the troll after he tagged him stupid for wishing the President and Vice President well.

See The Posts Below: 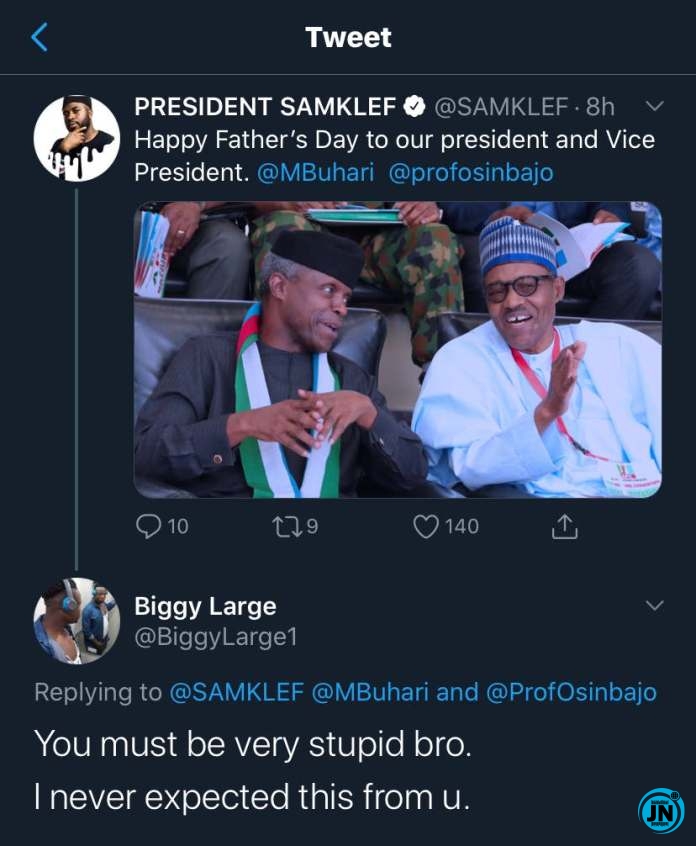 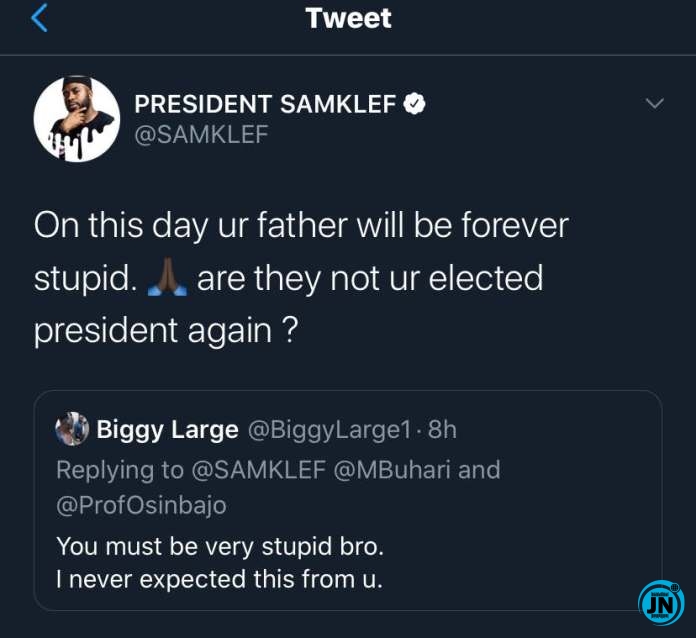 Richard Mofe-Damijo And Wife Celebrates 19th Wedding Anniversary
The Die Hard Fan Who Dedicated His Newly Born Son To Wizkid Gives Update On How His Son Is Doing
‘I Don't Think My Body Can Handle It Any Longer, The ‘Konji’ Keeps Getting Harder’ – Vee Cries Out (VIDEO)
COVID-19 hardship: Bauchi women resort to Kunu to breastfeed babies