A well-known journalist from Nigeria has moved into the attack by announcing Ned Nwoko is really an occultist that married Regina Daniels and his many wives for rituals. 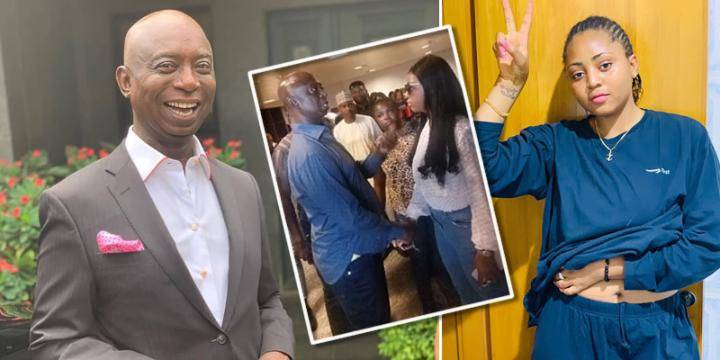 The journalist decided to make this revealation after the statement made by the politician and billionairen in a recent interview with Sunday Punch.

Recall, Ned Nwoko said to the press (Punch) that he married Regina Daniels, his 6th wife, solely because he discovered she was really a virgin.

He even noted that the other woman he had met were also virgins before he married them. This US-based Nigerian journalist named Azuka Jebose has been offended by his comment.

Ned Nwoko is another occultist, claimed Azuka Jebose, considering that he 'specializes' in virgins only. Azuka also made the case now that Regina Daniels is no longer a virgin, the marriage is going to collapse even though, in the first place, it wasn't founded on love.

See the screenshot of what the journalist posted on Facebook below: 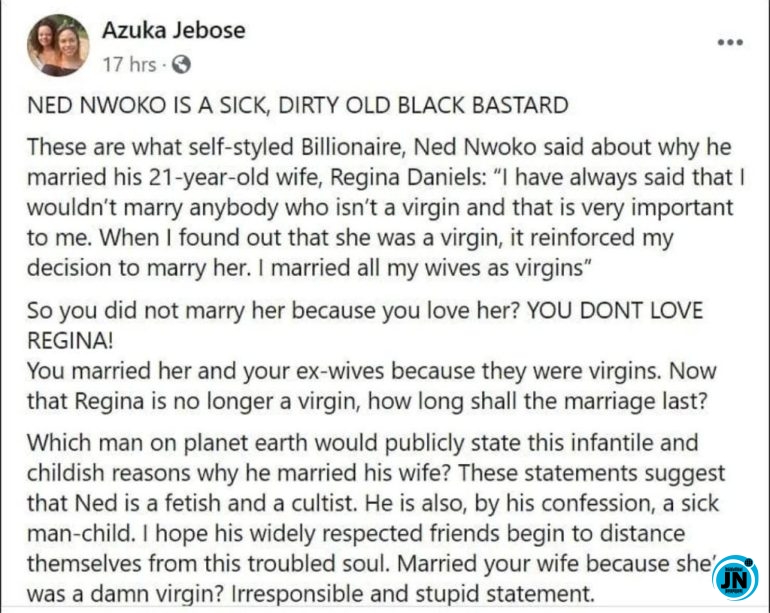 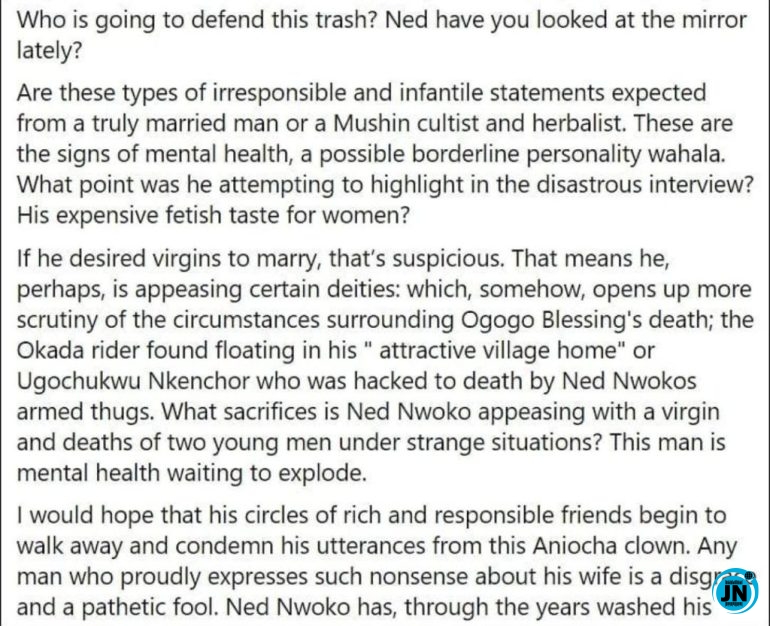 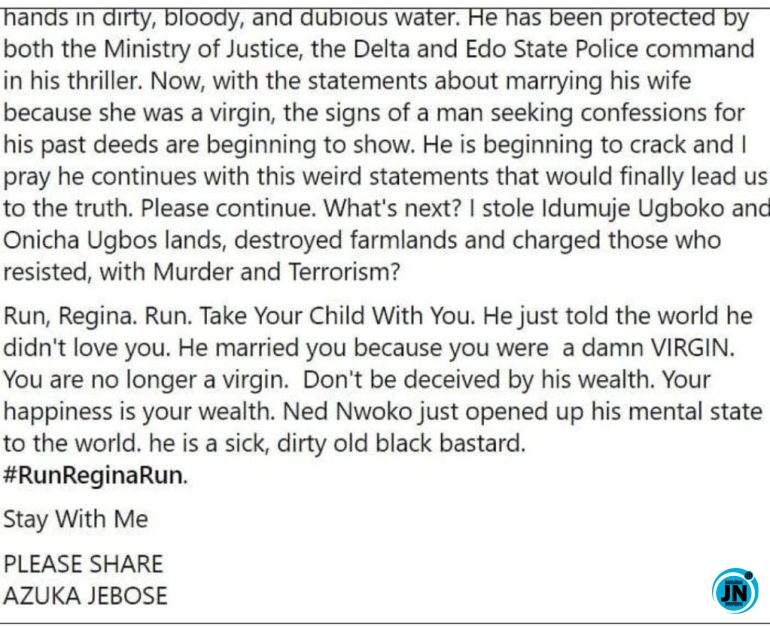 "I Don't Have An Affair With Olori Badirat Ajoke" – KWAM 1 Debunks Relationship Rumor
3 times new mum Adesua Etomi dazzled us with her pregnancy
How I deal with ladies who come after my husband – Dancer, Janemena
#EndSARS: Nothing wrong with social media bill- Ali Ndume