Rosy Meurer fight dirty with a troll who asked if her husband, Churchill last more than 2 seconds in bed
Posted by 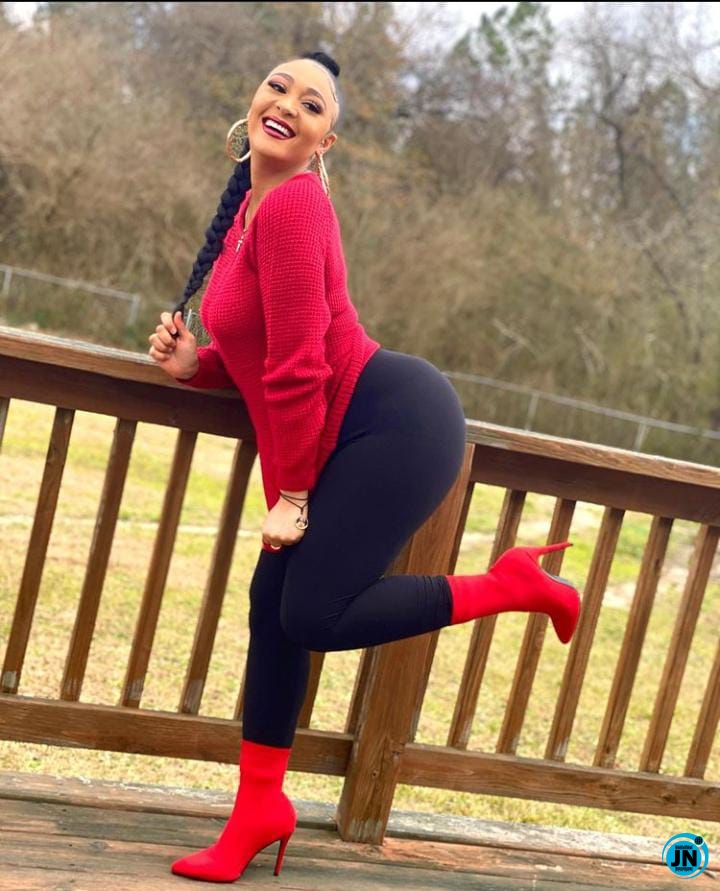 Nollywood actress, Rosy Meurer has been engaged in a hot clash with a troll after she was questioned about her husband, Churchill’s prowess in bed.

Recall that before now, Olakunle Churchill’s former wife, Tonto Dikeh had accused him of being a 2 seconds man when it comes to lovemaking.

It all started after a troll asked the actress in the comment box if her newly wedded husband, Churchill Olakunle last for 2 seconds as claimed by his former wife, Tonto.

Rosy Meurer who got triggered by the question retorted by accusing the troll of sleeping with her father who lasted less than a second on the bed during lovemaking.

However, the heated conversation continued between the duo as they both insulted each other, and Rosy was accused of stealing another woman’s husband. 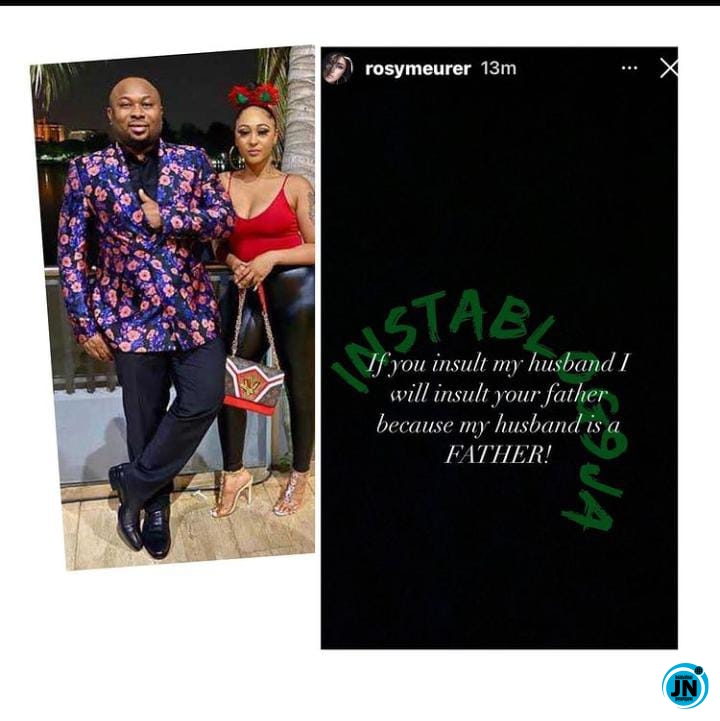 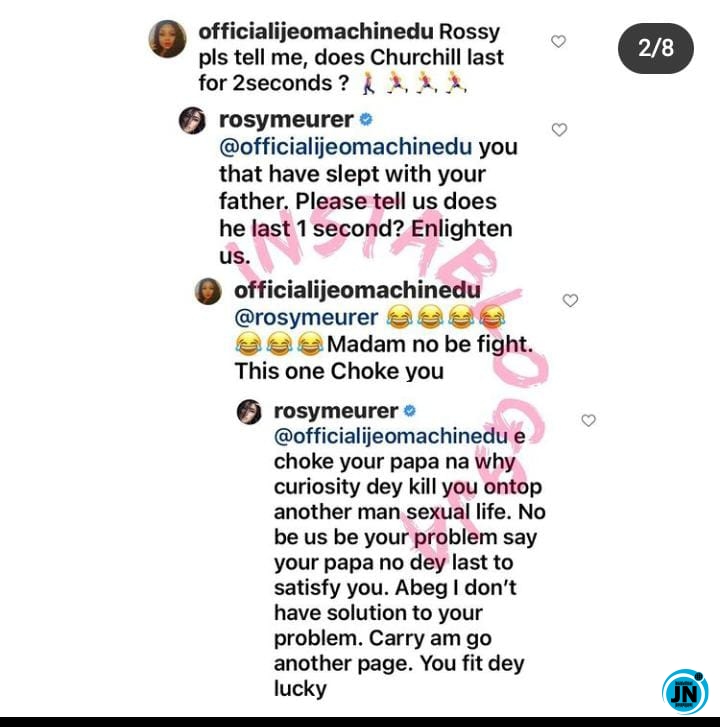 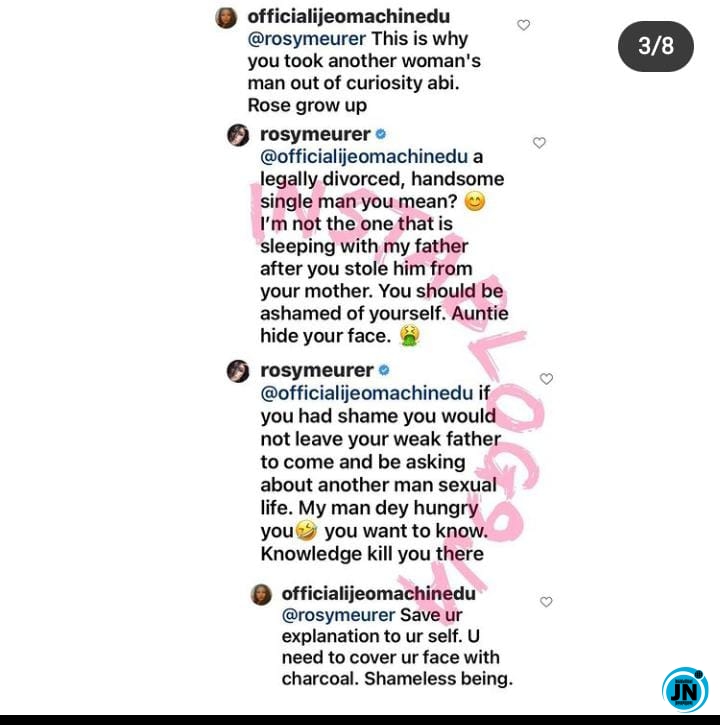 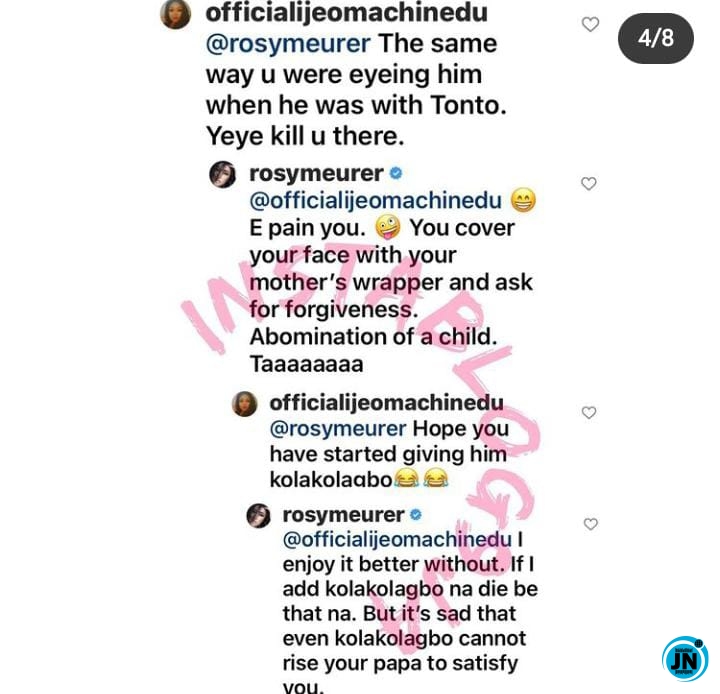 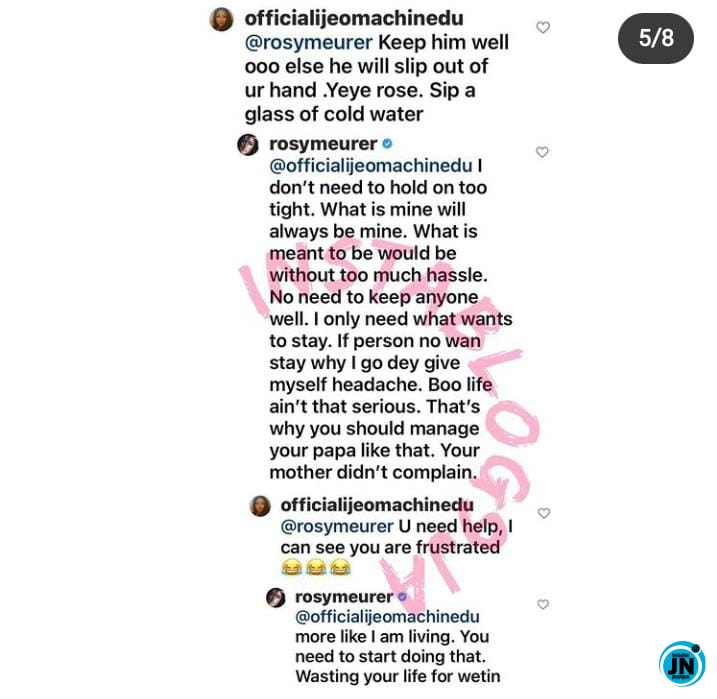