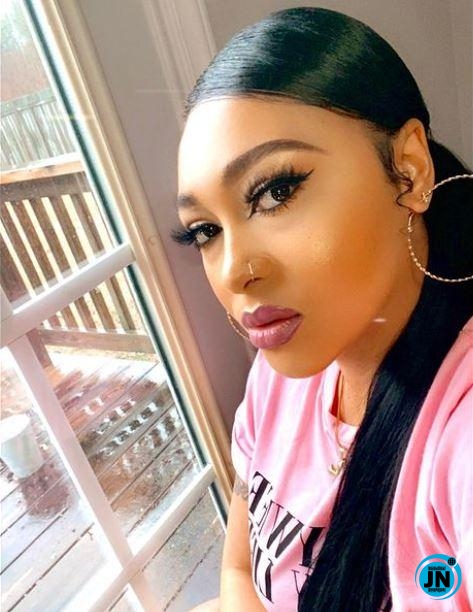 It would be recalled that the actress was officially announced as the new Mrs. Churchill on her birthday some weeks ago, which was trailed with serious backlash.

In a recent Instagram story, Rosy Meurer encouraged patience in relationships especially during the tedious times when it seems like there’s no way out.

“Relationship doesn’t last because of the good times. They last because the hard times were handled with love and care.” 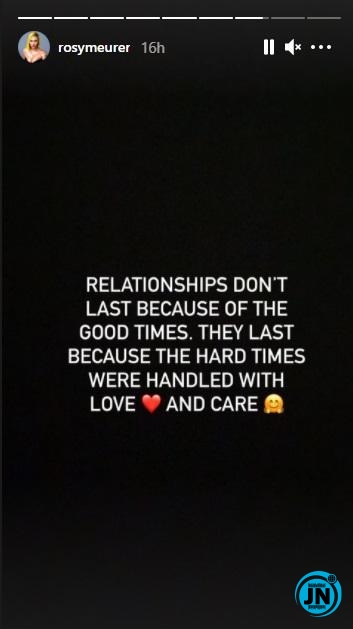 As Churchill introduces Rosy Meurer as his wife, old video where she denied Tonto Dikeh’s accusation of sleeping with Churchill surfaces
‘Your conscience will make you run mad’ – Nigerians drag Rosy Meurer after explaining why she got married to Tonto Dikeh’s ex-husband, Churchill
“You’re all bunch of hypocrite” – Rosy Meurer reacts after being slammed for posting a photo ‘demeaning’ women
Uche Maduawgu drags Rosy Meurer for celebrating Tonto Dikeh’s son on IG; says she’s insensitive