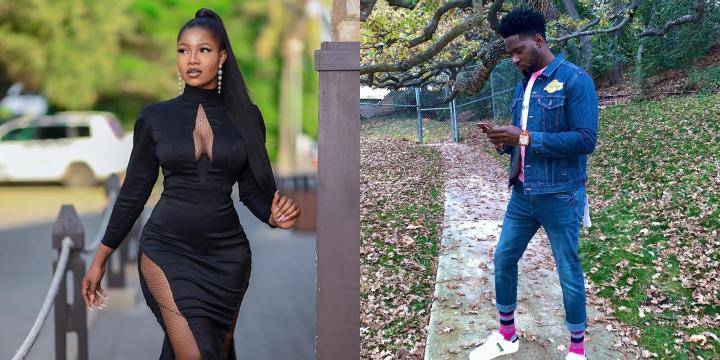 Fresh reports say they had a fight, but Tacha confirmed that she and former manager TeeBillz are all right, following their split.

Yesterday, Natacha Akide, a reality star, popularly known as Tacha, announced the end of the management relationship with Teebillz, CEO of Billz Vision.

In a statement released by her, Tacha revealed that she really appreciates her working relationship with Teebillz, reiterating that the pair has no difficult feelings.

Fresh SDK blog reports suggest that it's not all right between the two sides, claiming Tee Billz got a full dose of Tacha penultimate week after he advised her and warned her about something she had done, but she insulted him from the living daylights. Reading the report; 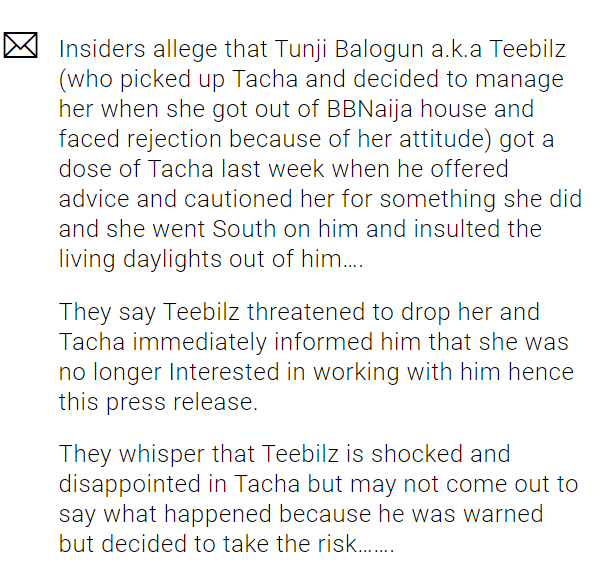 Since the report was published, all parties have not questioned or confirmed it. I will hold you up-to-date on any new developments.

Revealed: What Really Happened Between Tacha And TeeBillz
Teebillz Hits Back At Zlatan For Mocking Tacha
Teebillz Attacks Troll Who Says His Daughter Looks Like Tiwa Savage
"It Took Me Years To Realise My Breakup With My Ex-Husband TeeBillz" – Tiwa Savage Reveals

BBNaija star, Uriel reveals what happened to her the first time she bought a designer shoe

Thecute Abiola - How Laycon Will Share The 85 Million - (BBN)