Revealed! How Ubi Franklin allegedly beat up Timaya forcing the singer to go down on his knees to apologize (Details)
Posted by 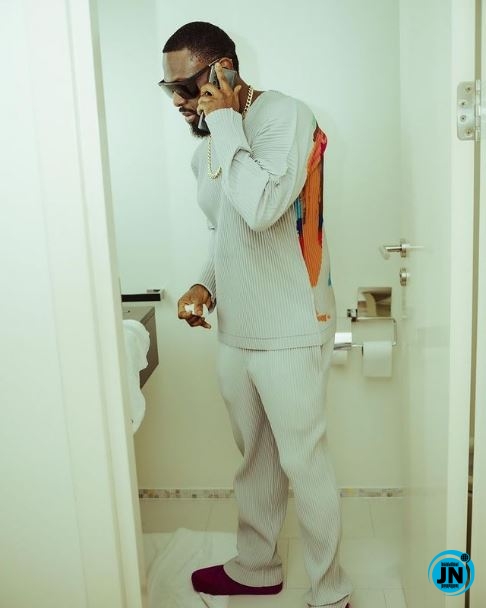 Amid the recent exchanges on social media between singer Timaya and music producer, Ubi Franklin, an alleged gist about what transpired between them in January 2021 as the crooner hinted in his tweet has emerged.

According to gossip blog, Cutie__juls, the altercation between Ubi Franklin and Timaya occurred at Otunba Osanebi Friday’s house during an event.

Timaya upon arrival proceeded to where Ubi Franklin was and slapped him over claims that Ubi was spreading rumours that he is a drug addict. Ubi who didn’t hesitate to retaliate lifted Timaya and slammed him. 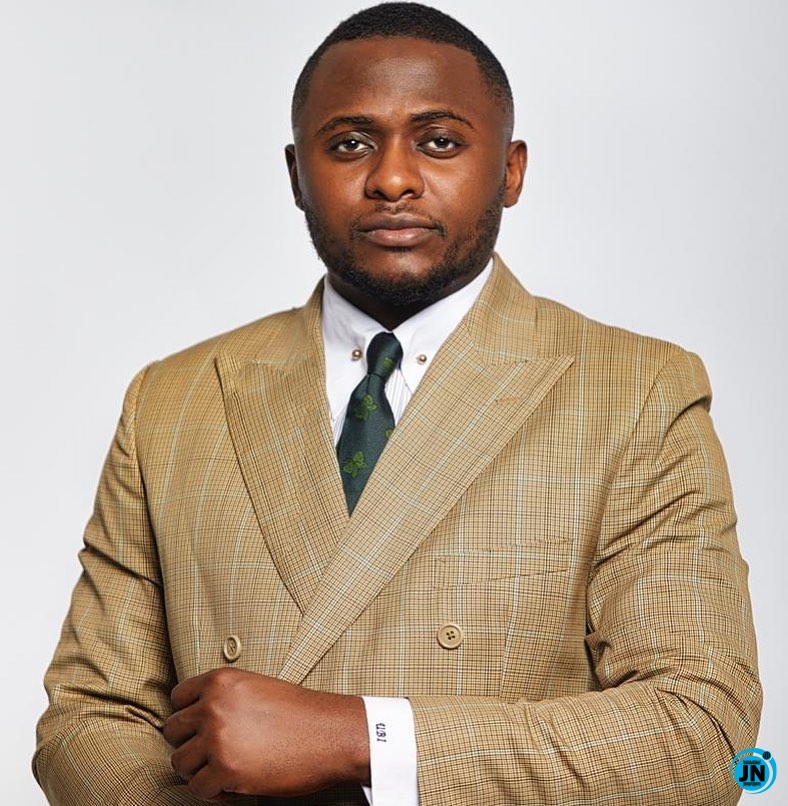 However, at the end of the whole issue, Timaya was asked to apologize which he did on his knees.

“It’s alleged that it happened in 2021 January at Otunba Osanebi Friday’s house .

Otunba was hosting a couple of his friends. Ubi and others were already seated eating, drinking and chatting when Timaya arrived a bit later with a babe. As soon as Timaya entered and saw Ubi whose back was facing Timaya’s direction. Not sure if they already had a pending beef but Timaya walked straight into Ubi’s direction and gave him a hot slap from the back. As Ubi turned around to enquire who and why he’s been slapped, Timaya landed him another slap straight in his face. At this point, Ubi applied his slam dunk skills and carried Timaya who now looks very tuny straight to the ground and stepped on his throat. Dignitaries and high profiled senior men who were present quickly rushed and seperated the 2 gentlemen.

When asked why Timaya why he slapped Ubi unprovoked as soon as he saw him? He narrated that sources have been telling him that Ubi has been telling a couple of people that he Timaya is now a drug addict. Ubi explained that he’s not had that discussion with anyone so it’s false accusation tho he himself has heard it from a couple of people.

Timaya was asked to apologise since he was wrong to have just slapped Ubi on sighting him without asking if what he heard was true or not. He knelt and apologised Ubi. Peace was restoredFast forward, the beef revived again recently when Ubi called him out on his recently hit & run ish.

We don’t know how this will turn out again so let’s wait till their next face to face meeting. But the above is what transpired in January 2021 according to eye witness” 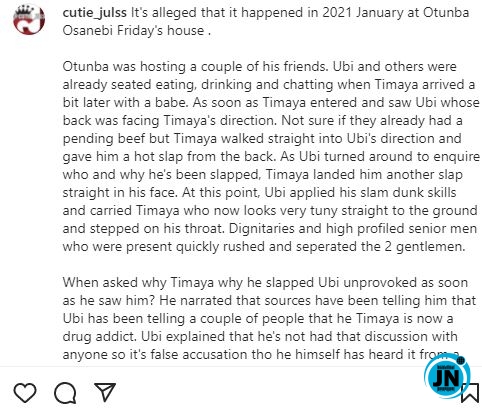 Revealed! How Ubi Franklin allegedly beat up Timaya forcing the singer to go down on his knees to apologize (Details)