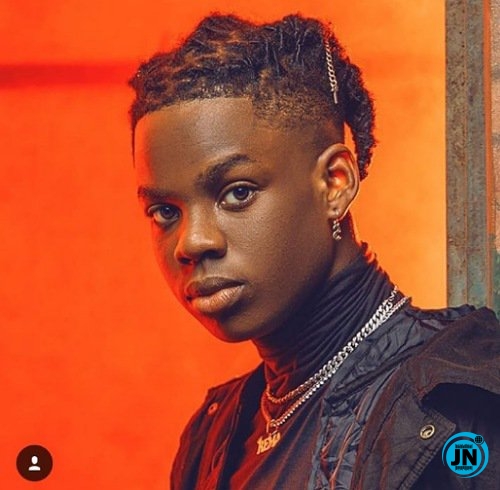 The Edo State born artiste disclosed this yesterday via his insta story section on Instagram.He also appreciated his fans for being more than just a fan base to him. According to him, Ravers are a family, not just a fan base.

The 100 million streams is an all-time accumulated figure from all his songs uploaded on the Audiomack streaming platform.

“Ravers not a fanbase, it’s a family! We got a plaque on the way”. 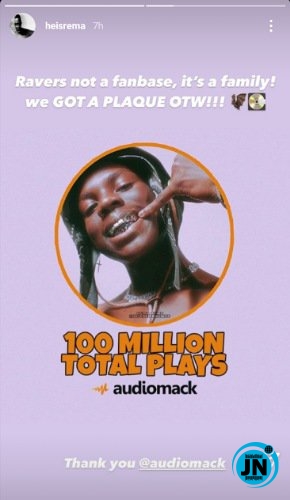 Rema had recently taken to Twitter to pour out his heart, during the Twitter meltdown.
Rema talked about how he stole a laptop from an old friend, revealed he was a millionaire even before the fame, and also called out PDP over the death of his father in 2008.

African talent to the world Rema!!..

African talent to the world Rena!!..