Months after she advised that the Rivers State government should create a public holiday in honour of Burna Boy for bringing home the Grammy Award, Tacha is here again, and this time it is ‘Iheanacho for President.’ 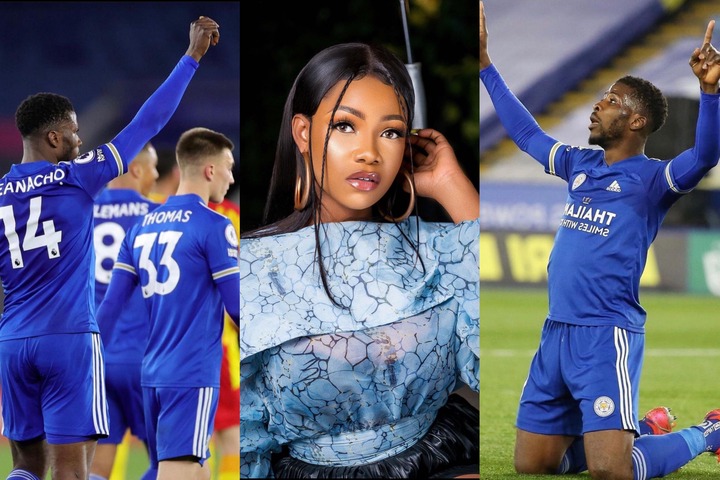 The reality star was excited over the recent performances by the Leicester City forward, and she took to her Instagram story to heap praises on him.

According to Tacha, with no jokes in it, Kelechi Iheanacho has done more for Nigerians than the Nigerian government by putting a smile on citizens' faces every week.

She then ended her post with, “IHEANACHO FOR PRESIDENT! What a GOAL!!! ⚽️” 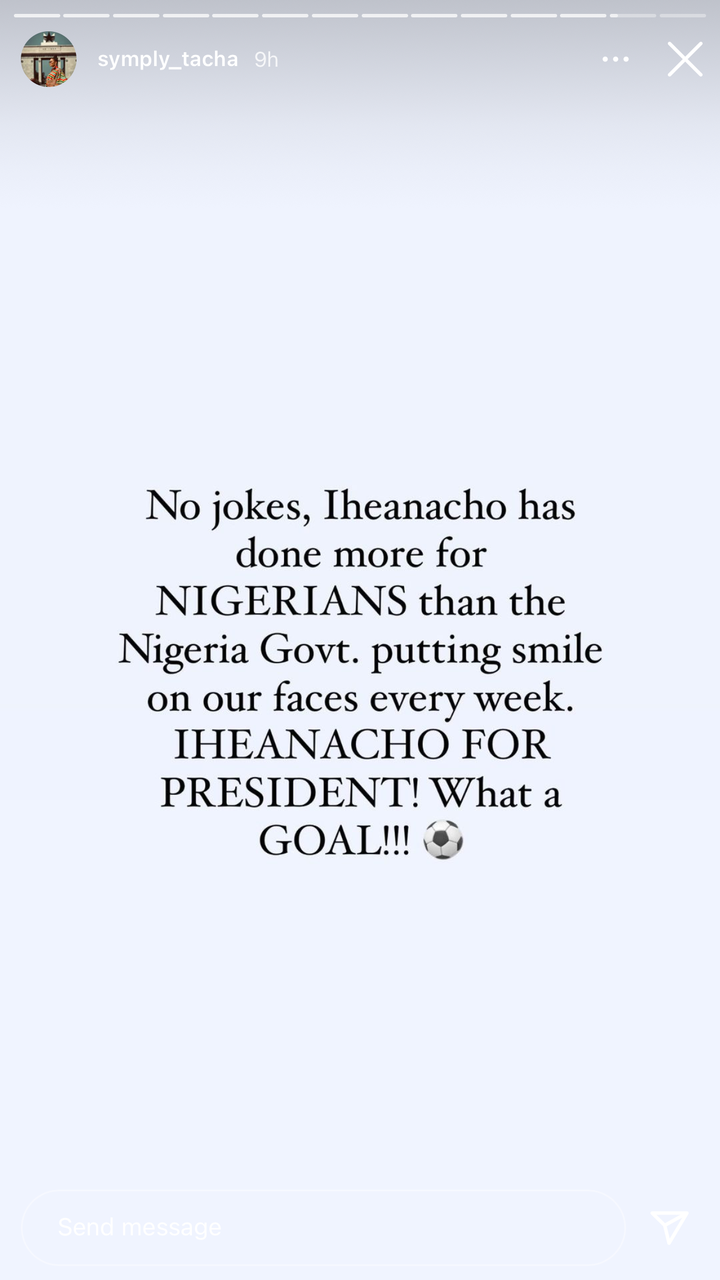 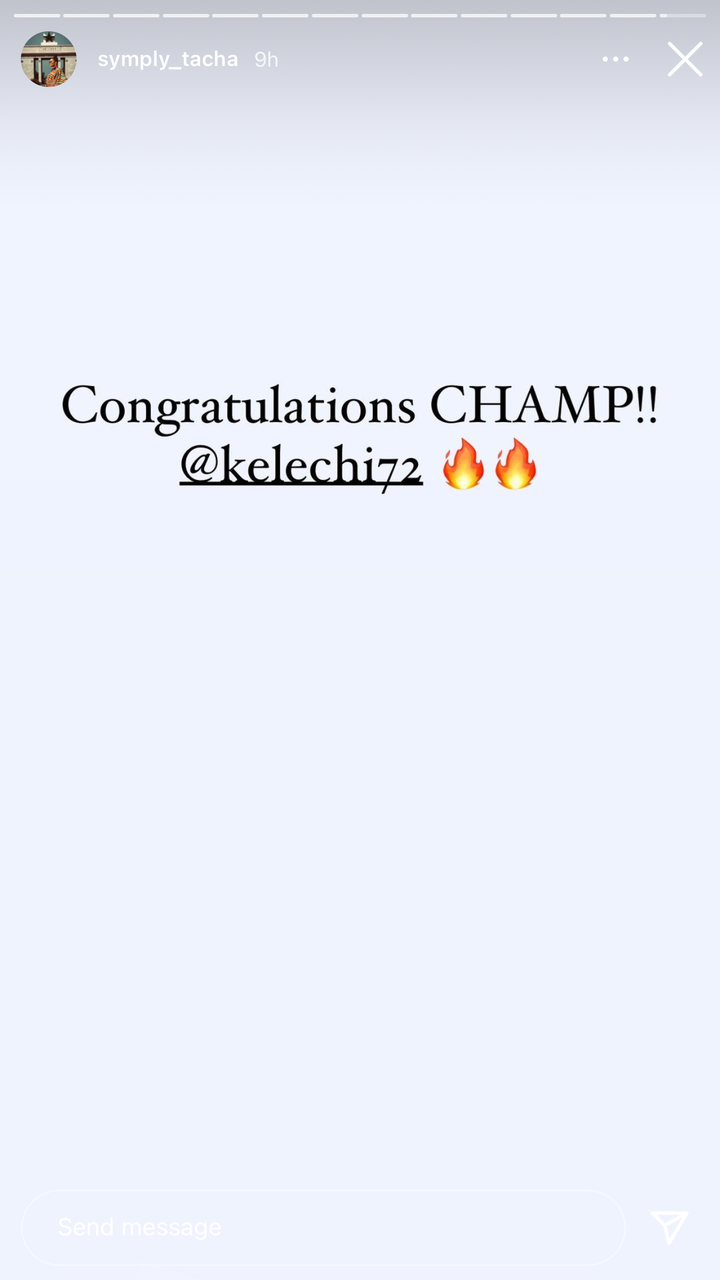 @EmeraldGreenvi1 wrote; “So he should become a president straight up? No wonder they said you are mad just confirming that to be certain”

@TripleOnuigbo3 wrote: “He didn't score for Nigerian national team, he scored for his club side. Made us smile yes but not worth this post. Not even sure she watched the match sef. Clout chaser.” 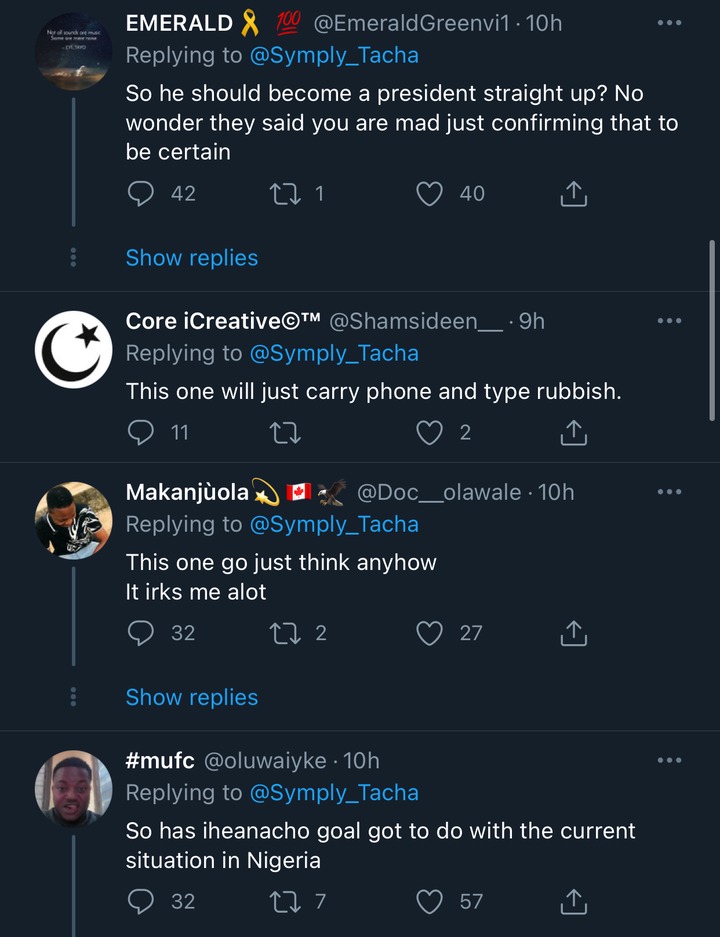 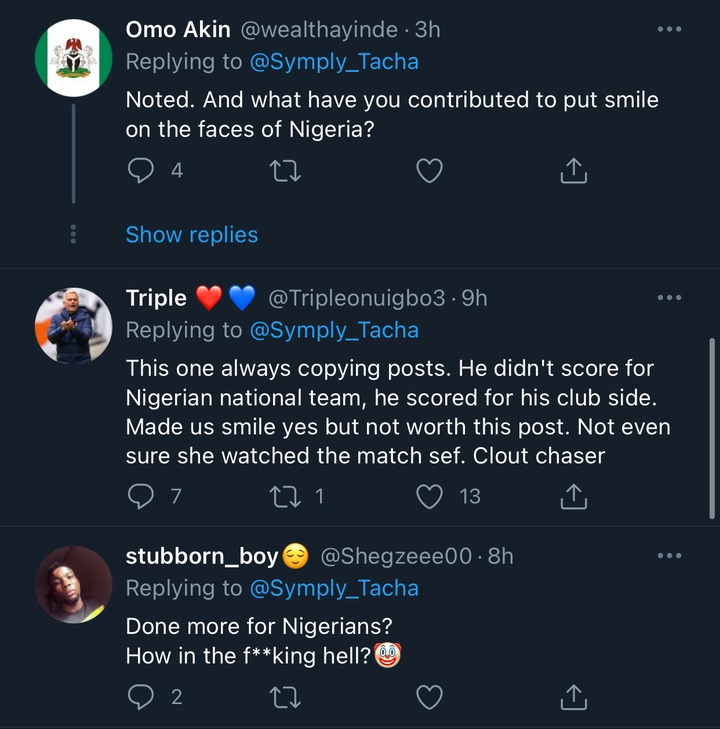 Kelechi Iheanacho has been in blistering form in his last 14 games scoring 14 goals, and yesterday, he made one goal and one assist in Leicester City’s come back win against Crystal Palace.