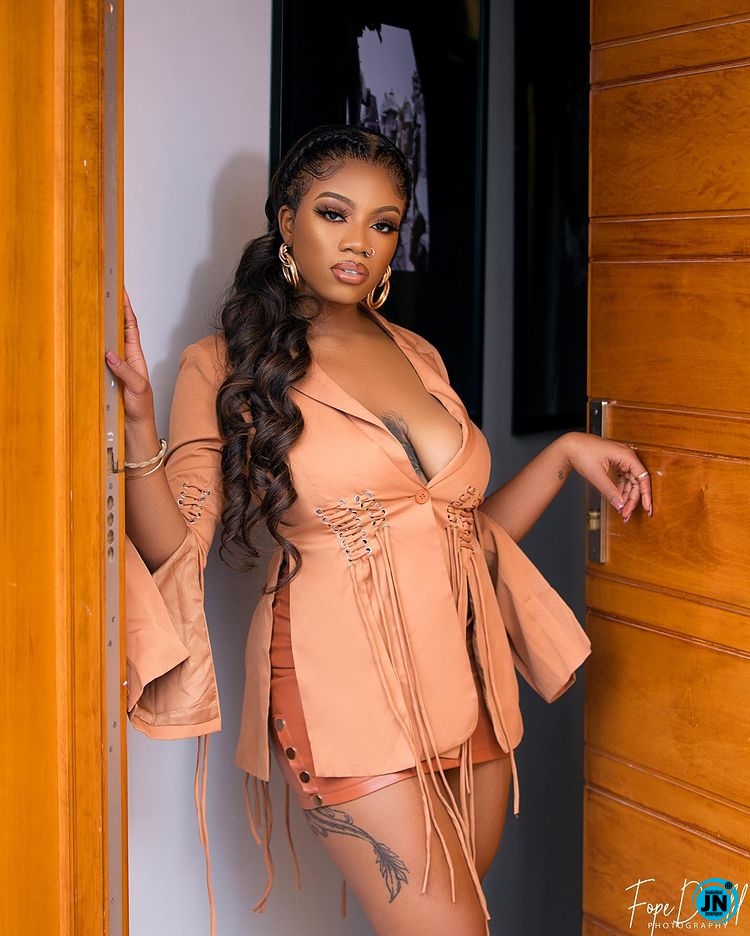 Popular reality star, Angel Smith puts a troll in her place after comparing her to a fellow ex-housemate, Maria who recently bagged a N150M deal.

This is coming following the announcement of Maria’s real estate deal that was secured for her by a popular businessman, Oga Paulo.

Angel in a Twitter post had fantasized about a baby girl treatment for herself on a luxury yacht dancing while wearing heels.

In reaction, a troll attacked the reality star of passing time while her mate, Maria, bagged herself a well-paying deal.

“Your mates are bagging deals worth $300k, you’re here dancing on a yacht, so pathetic,”

See how Angel responded below … 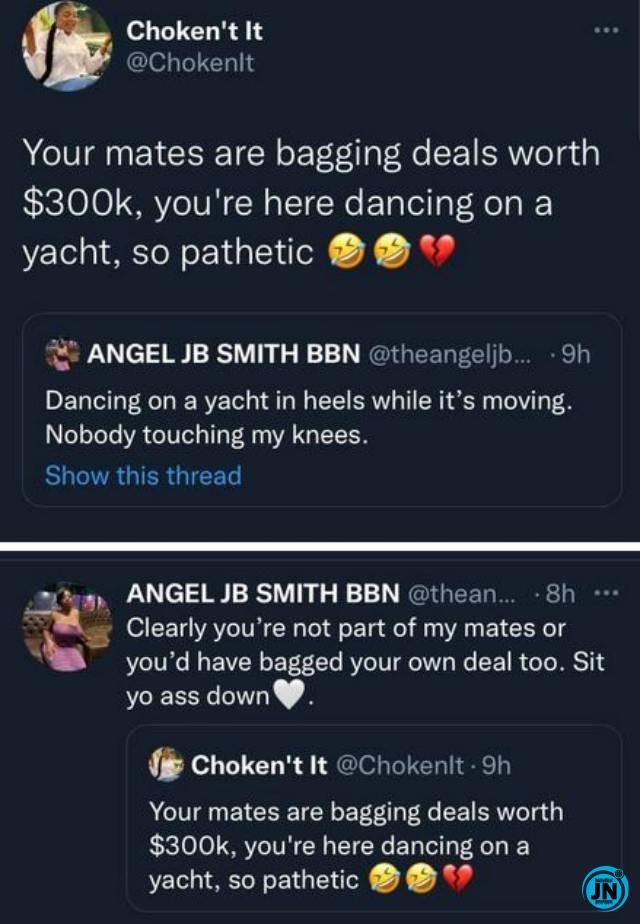 Compared to my male counterparts, i‘m underpaid and undervalued – DJ Cuppy
Nobody should compare me to any rubbish again – Timaya blows hot after he was compared to Duncan Mighty
Reality star, Angel Smith slams troll who compared her to Maria Chike
See How Ike Replied Troll Who Compared Him To Mercy Eke’s New Boyfriend (Photo)