The latest reports on the breaching of rule by popular Nigerian music artist, Naira Marley now has a connection with Nigeria’s Minister of Works and former Lagos state governor, Babatunde Raji Fashola. 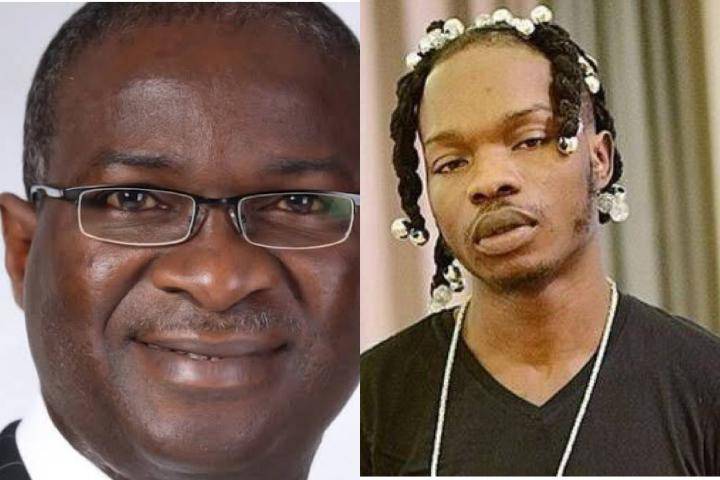 In latest reports, the owners of the private jet which flew Naira Market to Abuja ok that very day have apologized to the Federal Government through the office of the Minister of Aviation, Hadi Sirika.

They apologized after the Federal Government suspended the airline which bear the name, Executive Jet Services.

The whole thing popped out after a certain video emerged on social media. In the video, Naira Marley hosted a concert at Jabi Lake Mall despite the interstate lockdown and flight restriction and this brought heavy criticisms.

The chairman of the airline stated that there was a mistake in identification which made them fly Naira Marley instead of Babtunde Fashola written in the list of people meant to be flown from Lagos to Abuja.

The letter they wrote reads: 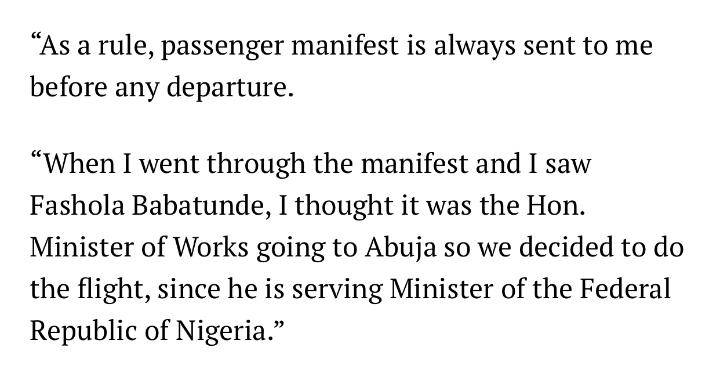 See photos of proof shard by the airline below: 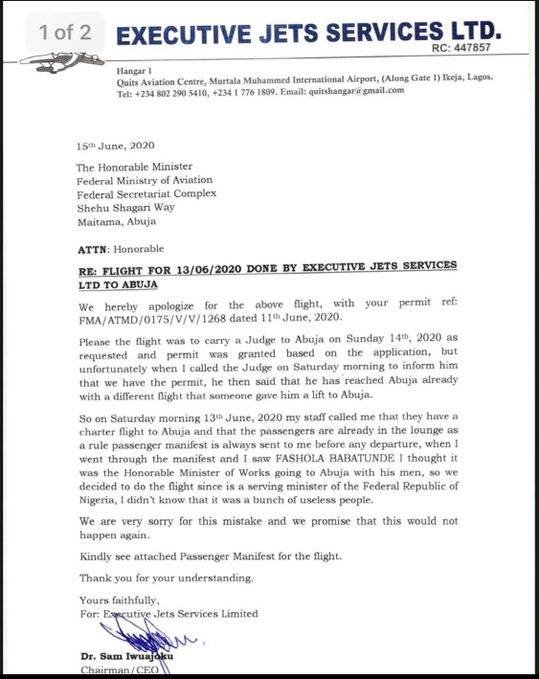 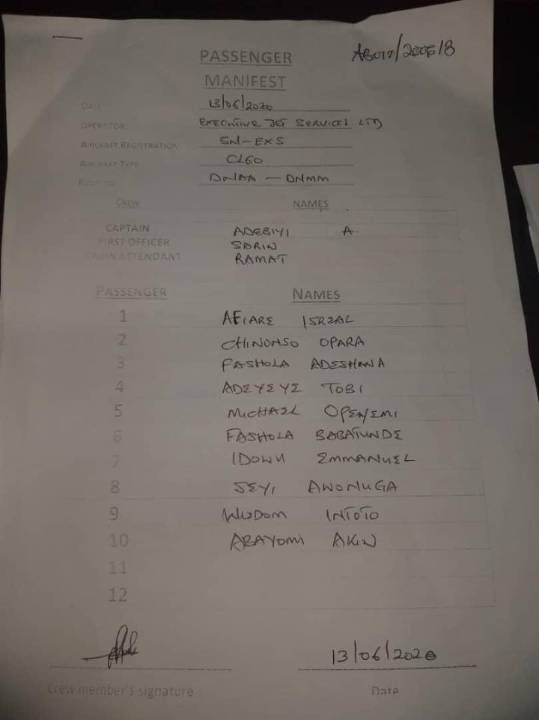 Meanwhile, different reactions have followed the new details that just popped out and many are of the view that the revelation they made were not trustworthy as they felt if Naira Markey was mistaken for Babtunde Fashola, what of Kim Oprah? The Big Brother Naija ‘Pepper Dem’ Star that was involved. 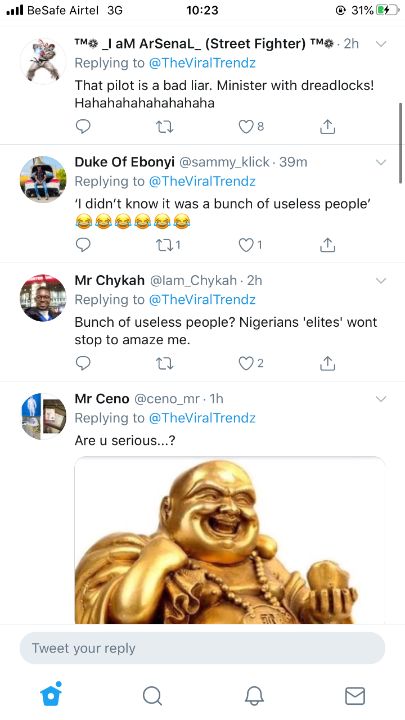 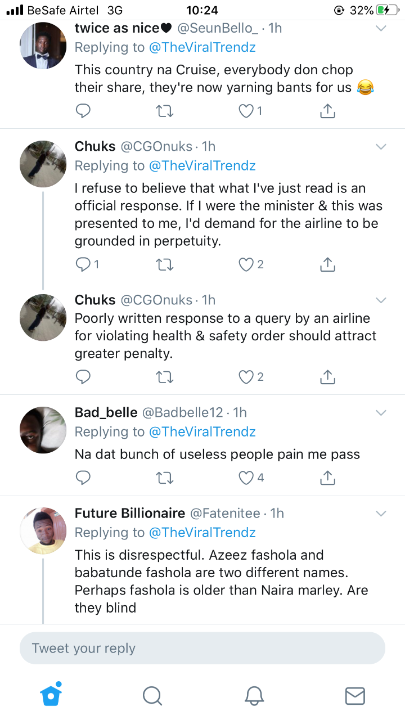 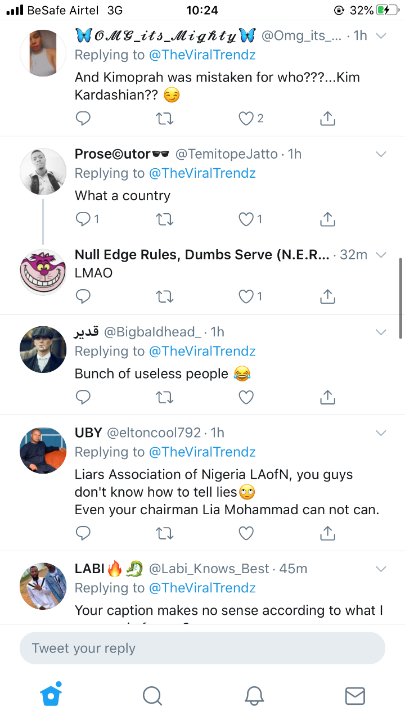