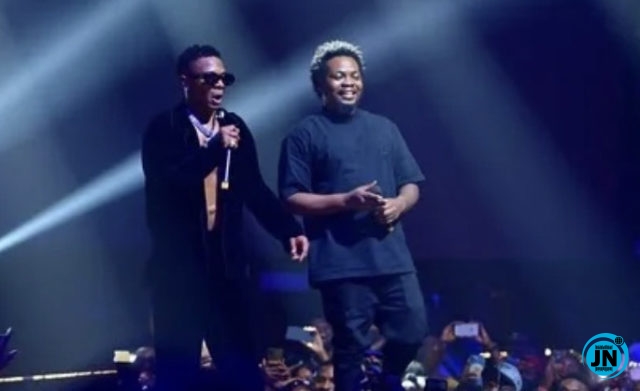 The event, which ran from December 19th to December 20th, 2021, at the Livespot Entertainment Center in Ikate, Lekki, featured performances by celebrities such as CKay, Rema, Bad Boy Timz, Simi, Bella Shmurda, and others.

Aside from the aforementioned artists, Wizkid also brought YBNL boss and Nigerian iconic rapper Olamide to the stage, and one of the highlights of the night was the duo performing 'Omo to Shan,' a single they released as upcoming acts in 2011 that can be classified as a breakthrough tune for both acts.

'Totori' and 'Kana,' two of the duo's biggest songs, were also played.

Below is a video of Wizkid and Olamide performing at the Livespot Festival.

Bbnaija: Neo Says “kaisha’s Kayanmata Charm Cannot Work On Him “
“You Will Not Get Nigerian Visa” – Burna Boy’s Mom tells Stefflon Don For Defending Vybz Kartel
Bill Gates loses spot on the billionaire list after his divorce from Melinda Gates
Davido Reacts To Tosin Ashafa Saying He Signed Him To His First Official Contract