Rahama Sadau deletes controversial photo, breaks down as she begs Muslim community for forgiveness
Posted by 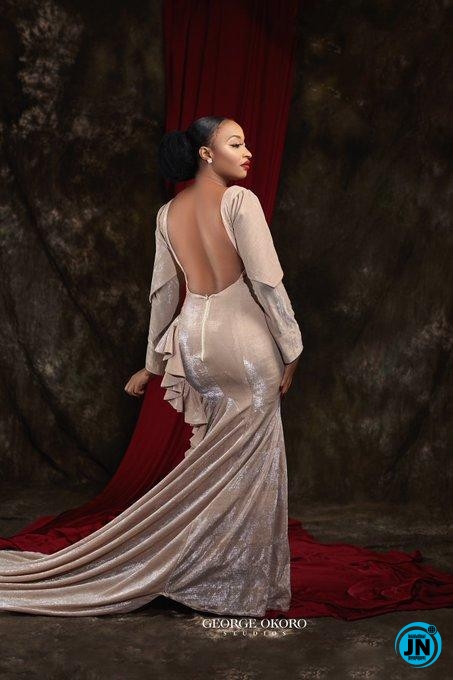 Nigerian actress, Rahama Sadau has deleted the backless dress she posted on Instagram.

This is coming after she was attacked by a number of Twitter users from Northern Nigeria over the post.

Recall that the actress shared these photos of herself rocking the champagne gold gown which showcased her back and her curves on her Twitter handle.

She has now deleted the photos, and broke down as she begged the Muslim community to forgive her.

In 2016, Rahama was expelled from the Hausa film industry, Kannywood, by the Motion Pictures Practitioners Association of Nigeria, for featuring in a romantic musical video by Jos born musician, ClassiQ.

Read her post and watch the video which is in Hausa dialect. 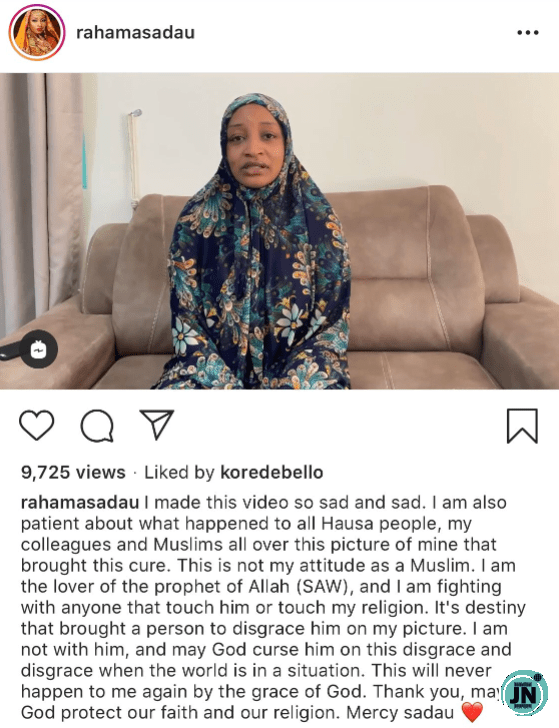 Watch the video, below;