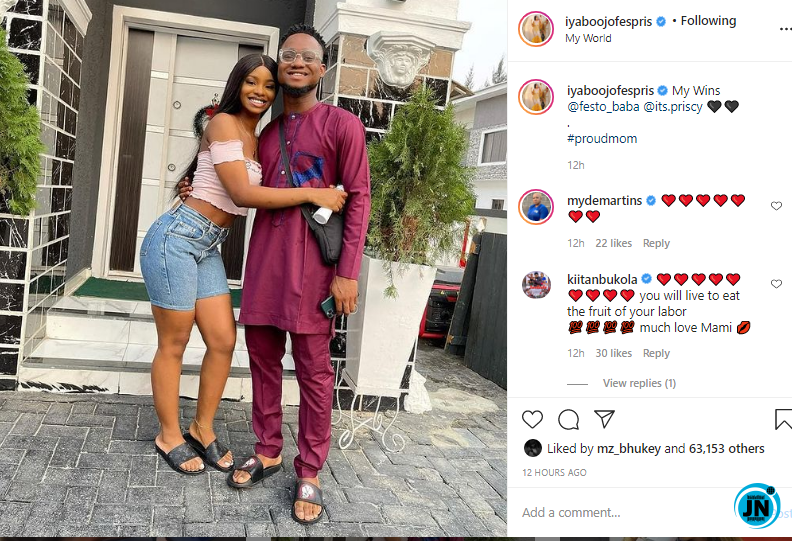 According to the 43-year-old, she is a proud mum. Iyabo also disclosed that her children are her wins in life.

Iyabo Ojo is one single parent that has never left her fans in doubt about the love she has for her children. The film star has been known to celebrate their achievements on social media for all to see.

Recall that Iyabo married a Lagos-based movie marketer in 1999 when she was 21. She gave birth to her son, Festus in 1999 and her daughter, Priscilla in the year 2001 respect. Although she is now divorced from their father, Iyabo attributed the breakup of her first marriage to marrying too young. She has spoken of her intention to stop using her former husband’s surname, Ojo.