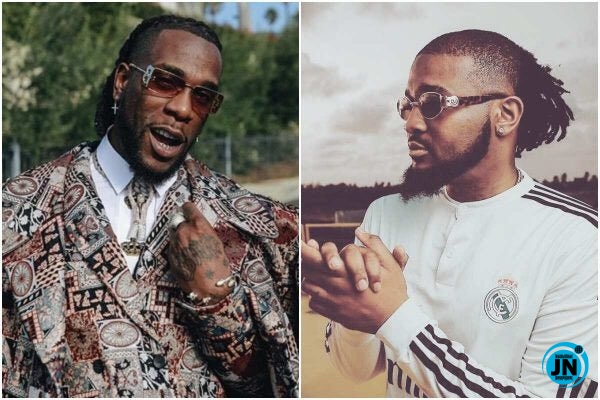 Nigerian Afro-beats singer & self acclaimed African Giant, Burna Boy has told Aristokrat Recording artiste, Ceeza Milli to pray he dies of the dreaded coronavirus disease, because what he probably has waiting for him is bigger than the deadly virus.

This was after Ceeze Milli, a prolific songwriter, appeared on an interview/session with City FM, where he was asked questions on his songwriting abilities.

One of the OAPs asked if he’s ever written for Burna Boy, to which he replied in the affirmative and even mentioned the name of the song as “On The Low”.

This triggered Burna Boy's anger, who also took to social media with the below warning.

“I asked this spineless liar if he said this sh*t and he said no, never, I never said that. @ceezamilli just pray corona virus catches you before I do cos you know wat it is wen I catch you. For the record I never had any help writing a song Ever. Except one time and that was with Peruzzi”.

"Pray That Coronavirus Catches You Before I Do" – Burna Boy To Ceeza Milli
#BBNaija: "I Don’t Have A Libido" – Lucy To Laycon