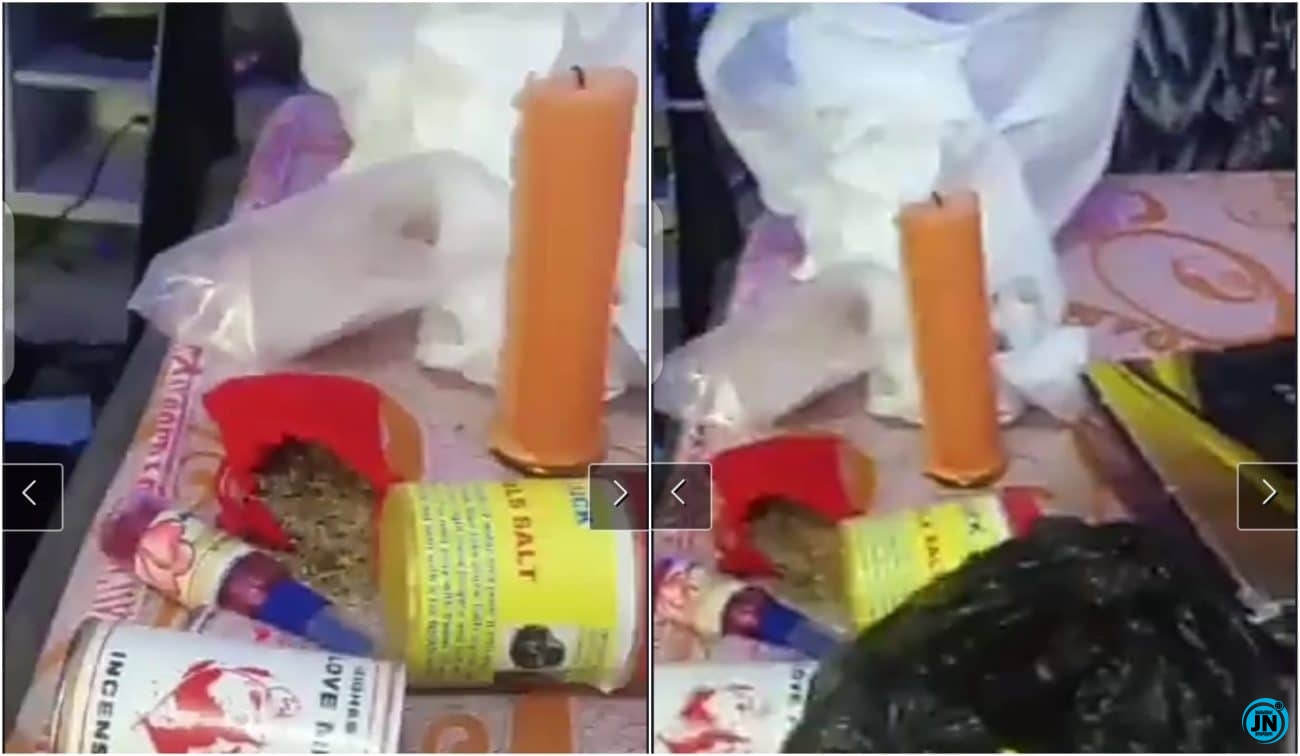 The Police police in Benue have arrested a lady who dupes women by selling fake love charms popularly called kayanmata, to residents of Makurdi.

Kayanmata refers to herbs or potions that act as sex or love enhancers. But, her customers claimed her products does not work thereby reporting her to the police.

The lady simply identified as Cynthia was said to be a graduate of the Queen of Rosary College, Gboko.

According to an anonymous source who spoke to our correspondent, Cynthia was picked by men of the Benue State Police Command at her house where she does the scandalous business, on Saturday.

“Police arrested one Cynthia that dupes girls in Makurdi by selling fake charms to them today (Saturday, October 16, 2021),” he told KemiFilaniNews.

A police source who don’t want his name mentioned confirmed the arrest to our correspondent adding that investigation has commenced.

Baba Ijesha returns to Instagram, shares a video of himself a day before he was apprehended for allegedly molesting a minor.
Again, DJ Cuppy receives an expensive jewelry from her mystery man for Christmas (Photos)
Tacha Sues Blessing Okoro For Defamation Of Character; Demands N20m As Compensation (Photos)
I don’t regret team selection for Leicester City defeat – Solskjaer