PHOTO: See The Emotional Post Tiwa Savage Made On Her Instagram After She Lost Her Father
Posted by

Tiwa Savage, a singer, who news reached the net that she had lost her father today, resorted to social media to express her sadness. 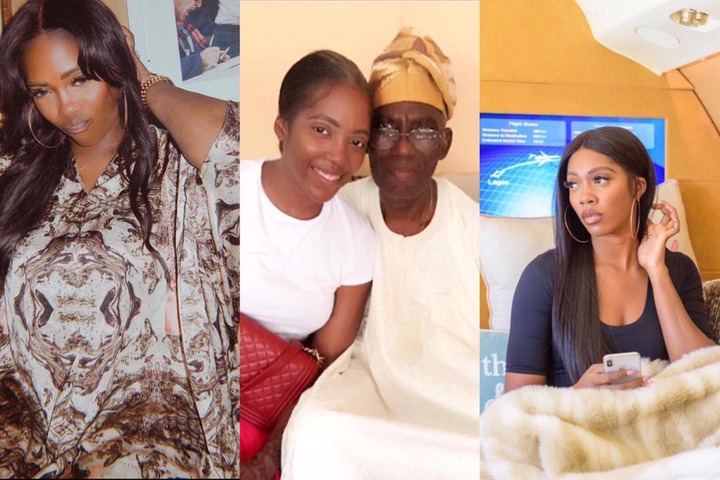 Tiwa Savage lost her father this morning, less than a month after the death of Obama DMW, who also happened to be her lover, and things are getting tough for her.

Losing two people you care about in less than a month can be very sad and difficult for anyone, no matter how strong they are, and we feel Tiwa Savage is struggling to cope with the awful scenario right now.

Tiwa Savage hasn't responded, but based on what the blogger stated, it's clear she's having a difficult time now that she's lost her father less than a month after losing her lover Obama DMW.

Tiwa Savage rarely writes about her father or discusses their relationship, but the tie between a father and a daughter is so deep that his death, regardless of how it happens, will be extremely difficult for her right now, and we can't image the pain she's feeling.

She took to Instagram to post a rare picture of them and had something emotional to say in the caption, read below: 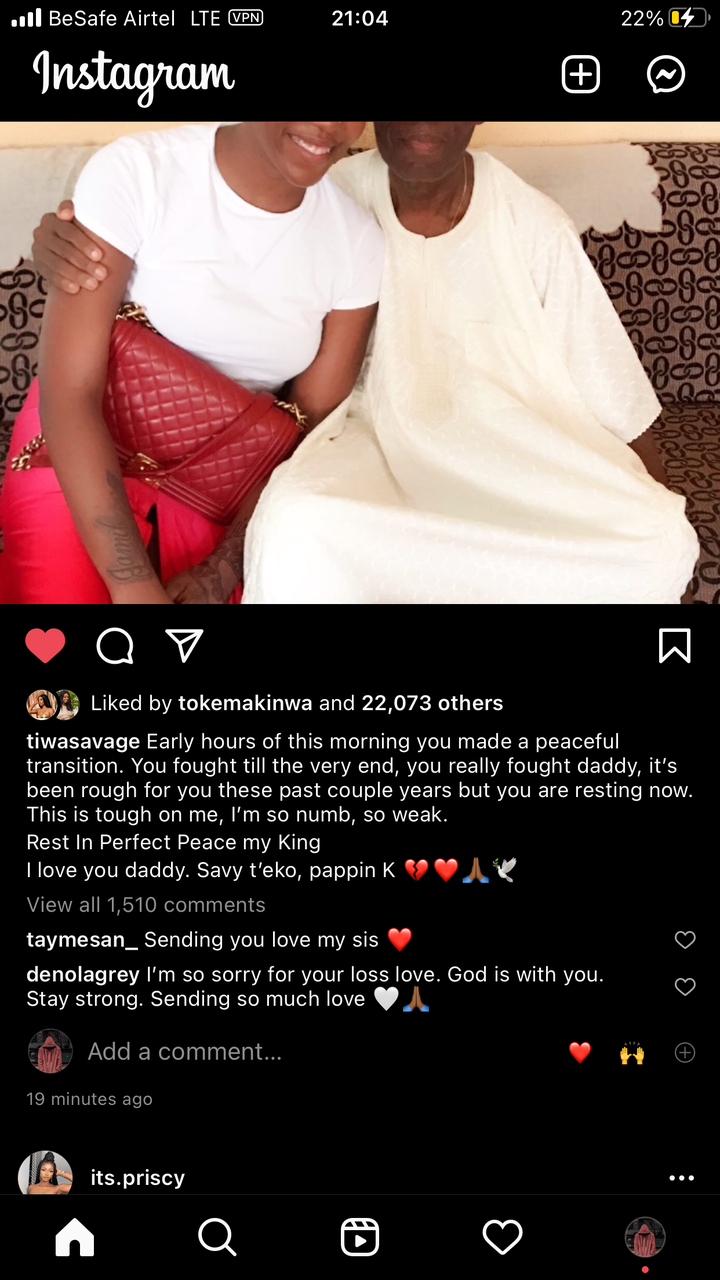