“People say I couldn’t save my marriage, but I survived it” – Relationship expert, Blessing Okoro reacts
Posted by 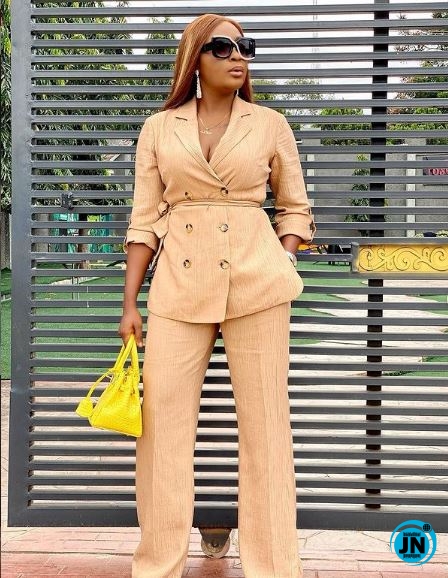 Dynamic relationship guru, Blessing Okoro Nkiruka, popularly known as Blessing CEO has reacted to side talks that despite being a relationship expert, she couldn’t still save her marriage from hitting the rock.

Reacting to this, the love instructor noted that yes, she wasn’t able to save her marriage, but at least she survived the trauma and devastating effect which most people couldn’t have easily survived.

She noted that the reason why she’s so passionate about marriage is due to the fact that she has seen people perish as a result of a break-up.

She added that some people even go as far as attempting or contemplating suicide when they are struck by such a challenge.

“Ndi Blessingceo you could not save your marriage, but I survived it .Can you ??Small break up u don carry snipper, tie roap for fan” I’ll reward anyone with useful information on hideouts of cultists in Ebonyi – Umahi
“You used to be a nice person” – Actor, Yomi Fabiyi writes as he reveals he has ‘forgiven’ Iyabo Ojo
Mercy Johnson Okojie moved to tears in surprise all-white anniversary/birthday party
Akeredolu ‘Social Welfare Financial Assistance Scheme’ is a fraud ― Ondo PDP