The residents of Abia State in a ceremonial way welcomed home one of their own, Erica Nlewedim who appeared on the 2020 edition of Nigeria’s biggest reality TV show, Big Brother Naija. 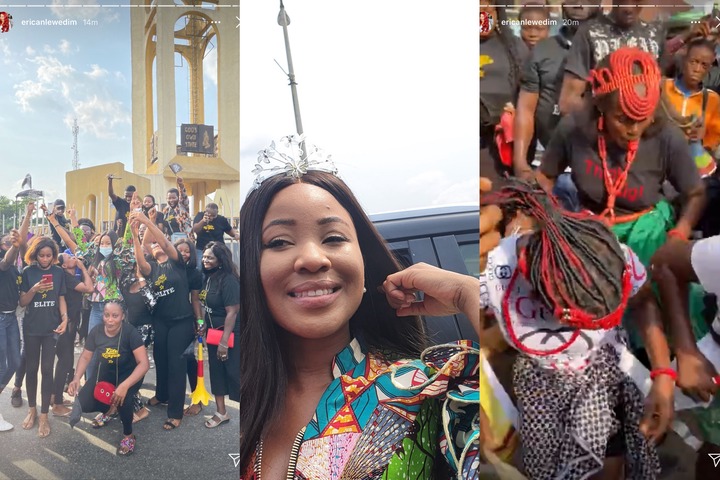 Erica Nlewedim returned to Abia State to meet a glamorous and ceremonial welcome as some set of people welcomed her with a well practice choreography.

The reality star who did not end her stay on the reality tv show well as per she was disqualified after going against the rules still remains a star regardless and her people did not let her feel any less of that.

She arrived her state in simple outfit rocking a jean and a top made from Ankara materials, on alighting from her car, she met the fanfare. 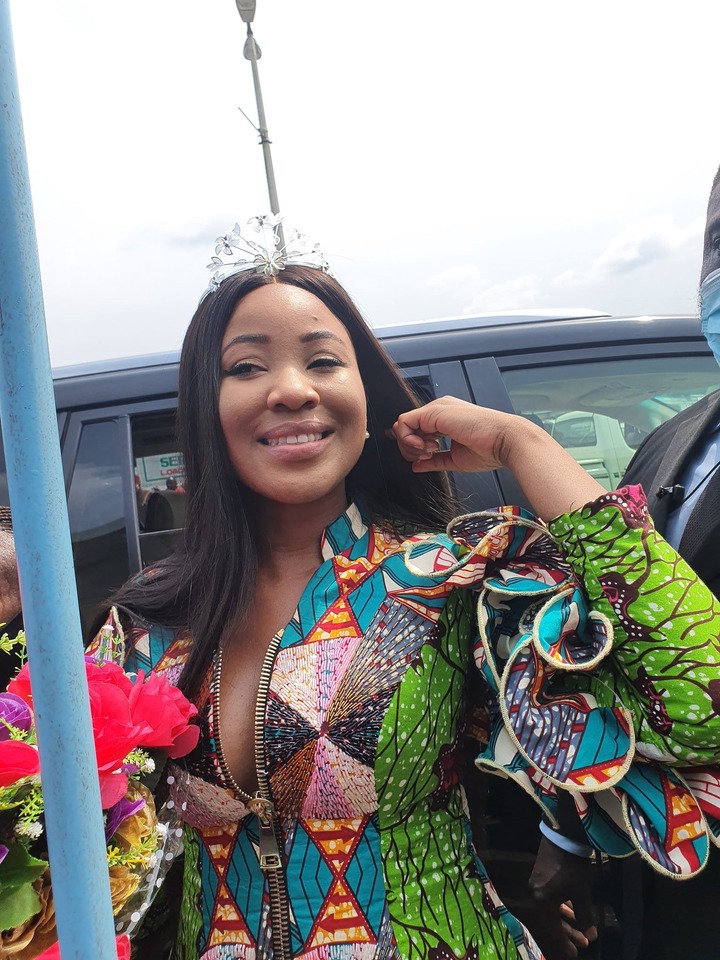 Then the short dancing ceremony commenced, she shared clips on Instagram story and some screenshots were taken, see them below: 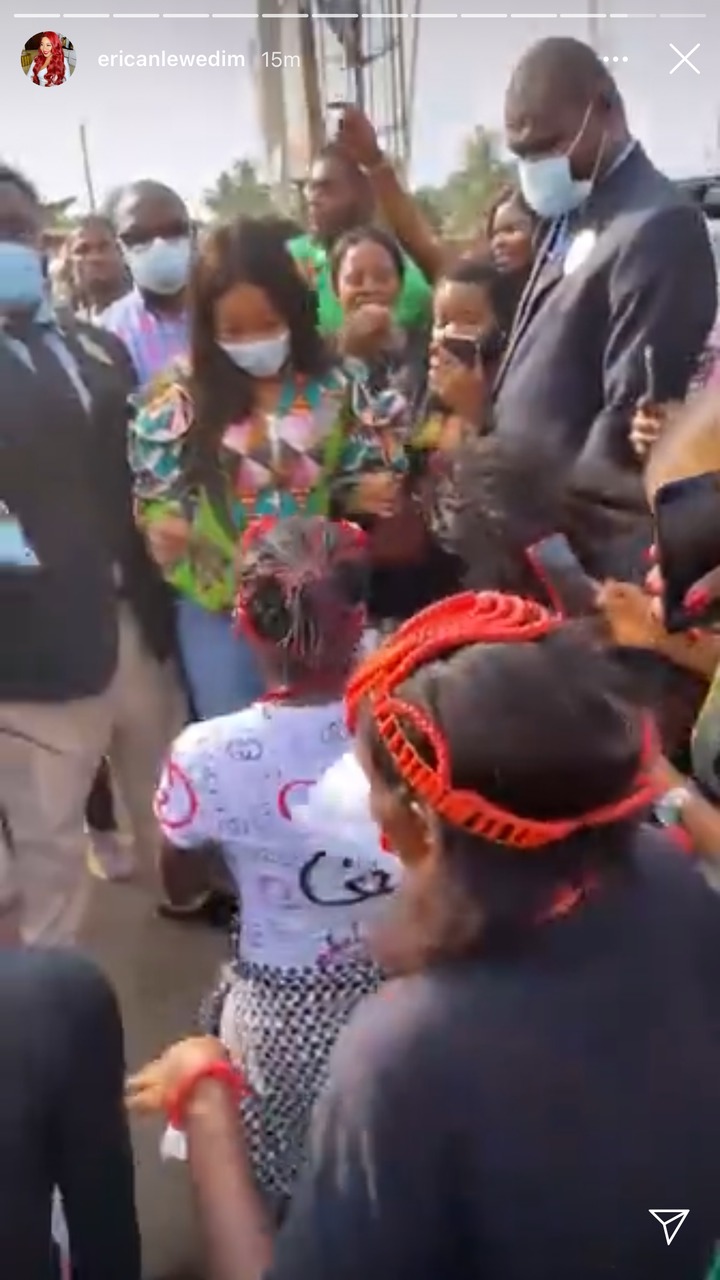 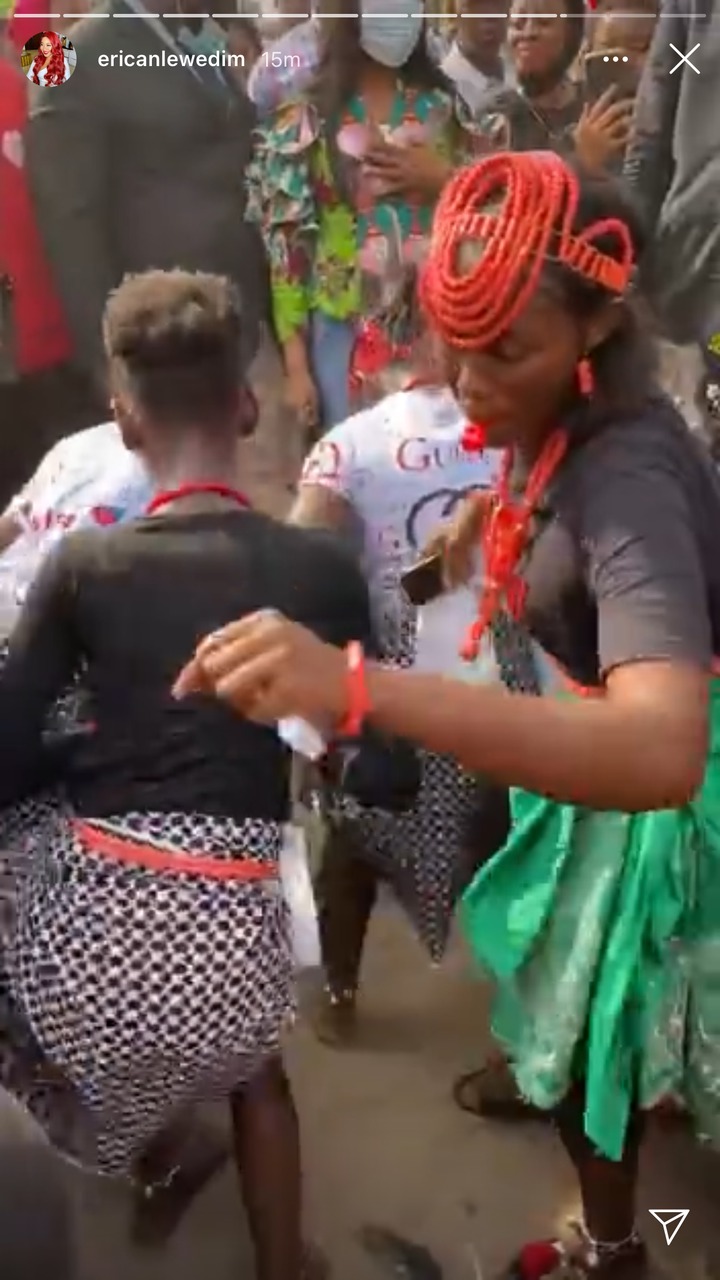 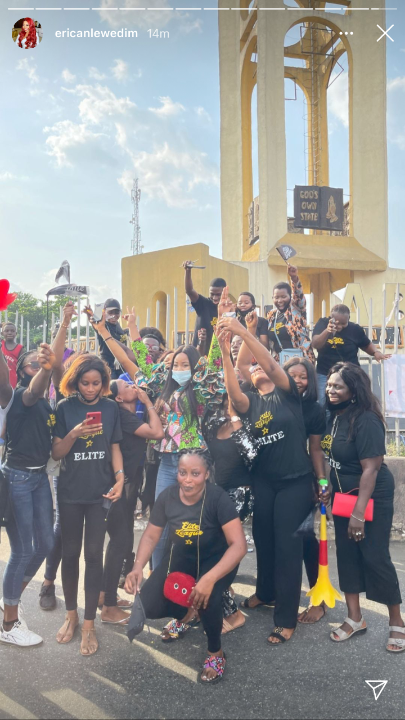 She took to Twitter to show appreciation, see what she tweeted below: