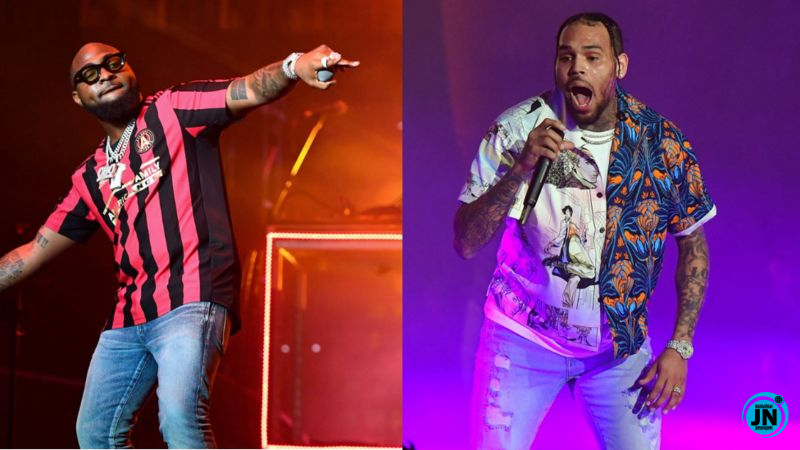 Mr Prince Bobo Ajudua, lawyer to award-winning Nigerian afro pop star, Davido, has in a new insta-story post, demanded the sum of $1m US dollars, to initiate a dance challenge between his boss, Davido and American singer, Chris Brown.

Prince however, took to his Instagram page in the early hours of Friday, July 17th, and asked his fans and followers if they would be interested to see a dance competition between Davido and the American star, Chris Brown.

He further demanded the of $1 million (what happend to be a joke tho), to organize a dance challenge between Davido and Chris Brown. In the video shared by Prince Bobo, Davido was seen dancing alone in the private jet, as they flew to Atlanta.

Captioning the video, he wrote

“#GoCrazyChallenge 😂. Who wants to see a @davidoofficial Vs @chrisbrownofficial dance-off tonight! pay me 1m USD I’ll make it happen.”

Checkout some of the photos; 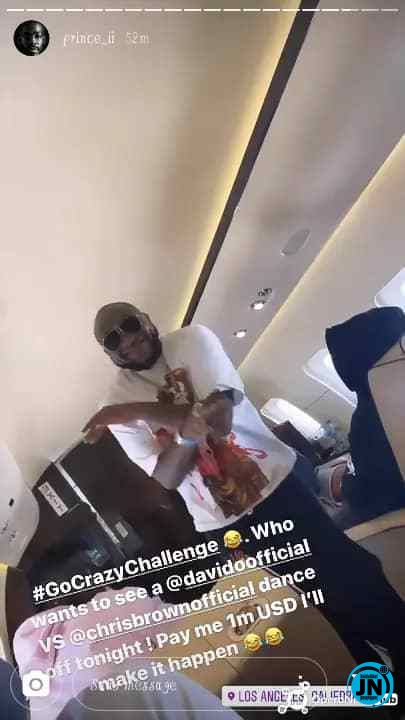 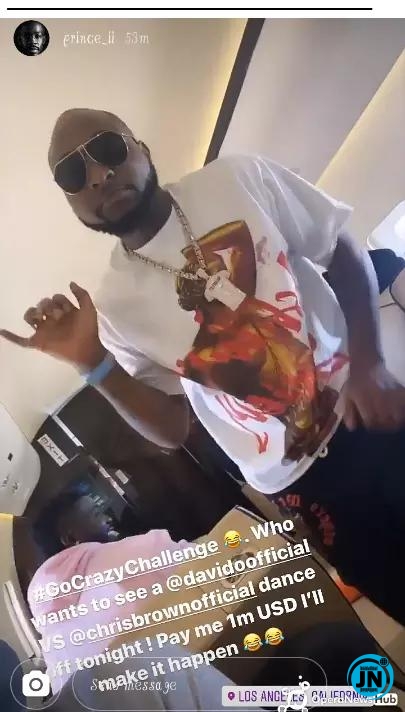