“Only interested in money, every other thing is unnecessary noise” — Angel Smith reacts amid wardrobe malfunction
Posted by 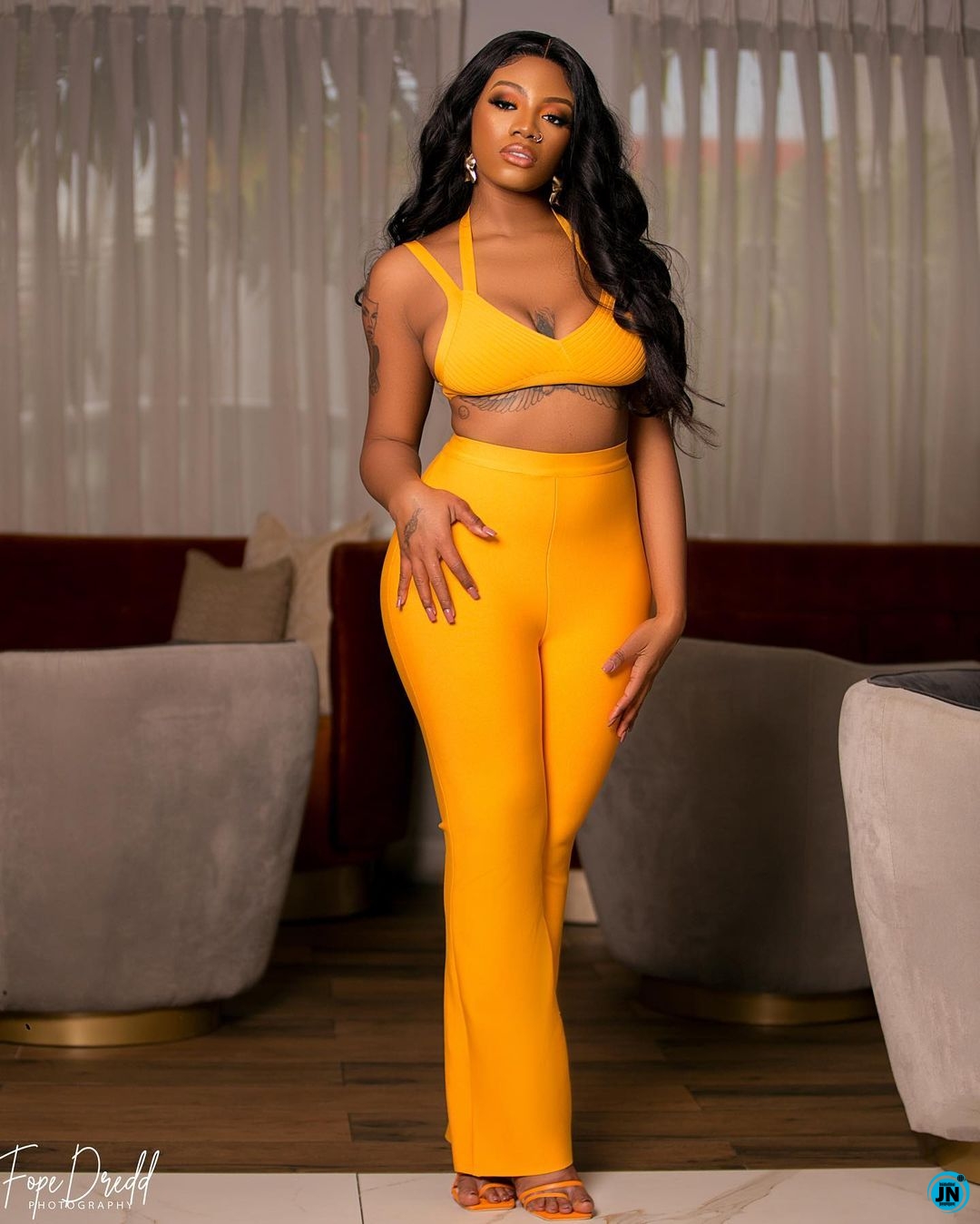 Reality TV star, Angel Smith has given a subtle reply to people who criticized the dress she wore to a recent event, a fortnight ago.

Recall it was reported that, Angel suffered a wardrobe malfunction at an event held last night in Lagos, where she and other ex-housemates partied together.

But following that, fans and followers have reacted to her choice of dress, with many people extremely criticising Angel for the outfit she wore.

However, while reacting to those criticisms, Angel dropped a reply on her Instagram Stories hours later, writing;

“I’m only interested in writing and making money, every other thing is unnecessary noise tbh.” 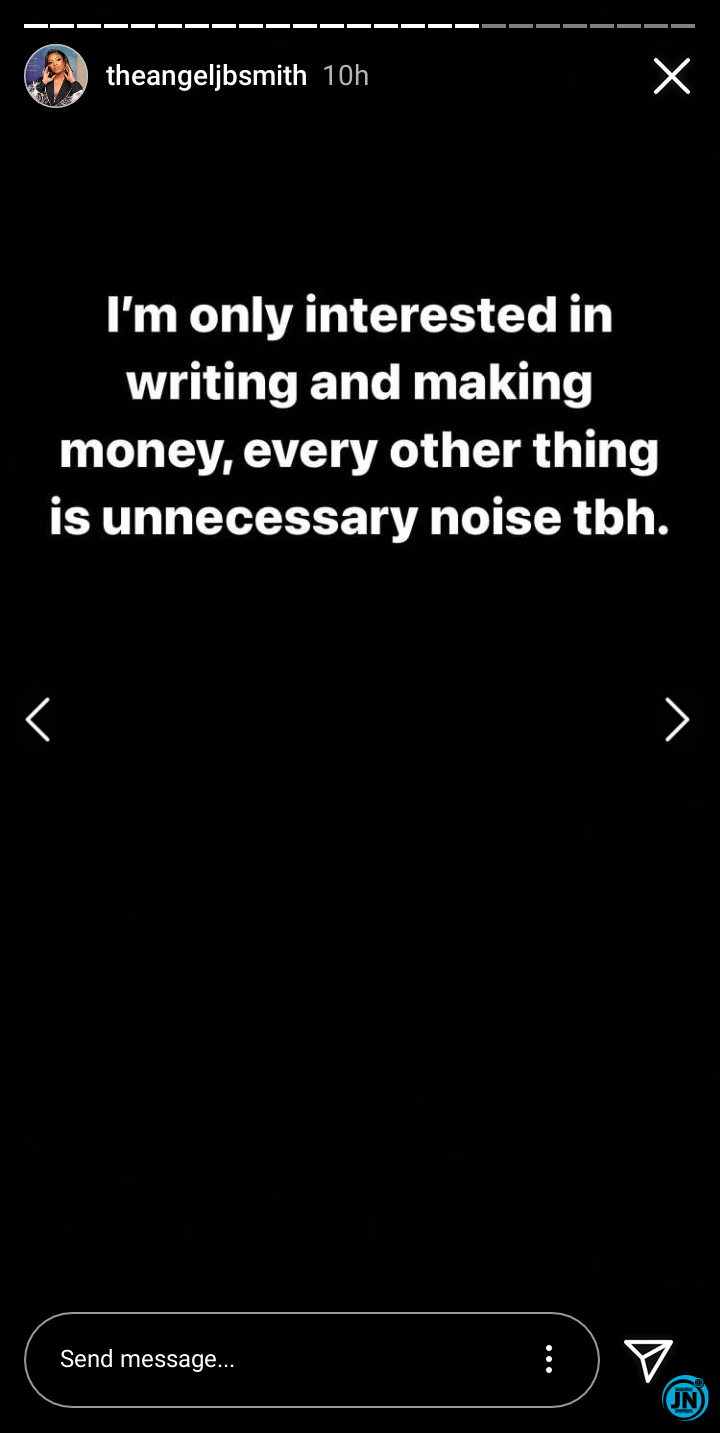 Davido downgrades men with six packs, reveals one thing that is more important
“Today’s verdict shows that the judges can still do the right thing” – Eromosele’s mother speaks after her son was granted N1million bail (Video)
Things Gets Messier As Lizzy Anjorin Supports Iyabo Ojo Over Faithia Williams
“Only interested in money, every other thing is unnecessary noise” — Angel Smith reacts amid wardrobe malfunction