The report coming from the Nigerian police her spokesperson, Baka Elkana confirmed the reports that the director is indeed in their net and is currently being questioned as they are investigating for murder.

He further went on to say it is a full fledged investigation as it is a murder charge stating that the police are looking at murder and not the story that she was electrocuted.

Baka further noted that that they’re not concluding at this stage and will wait for the autopsy to show what went wrong and what caused her death.

Meanwhile, Nigerians on the platform have started reacting to the story as some have stated that only the result of the autopsy can save him out of this problem he currently is.

See some screenshots of their reactions below: 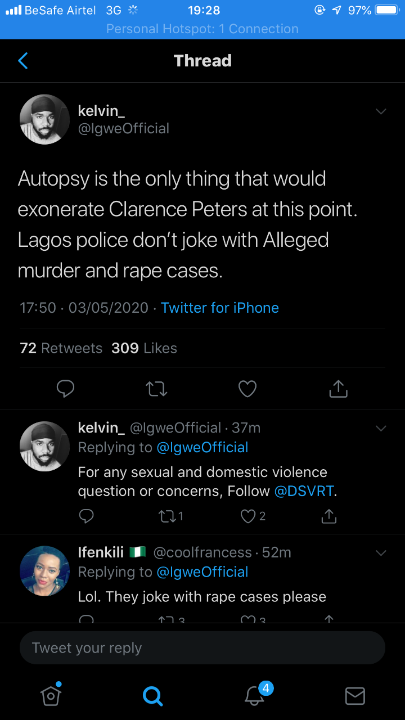 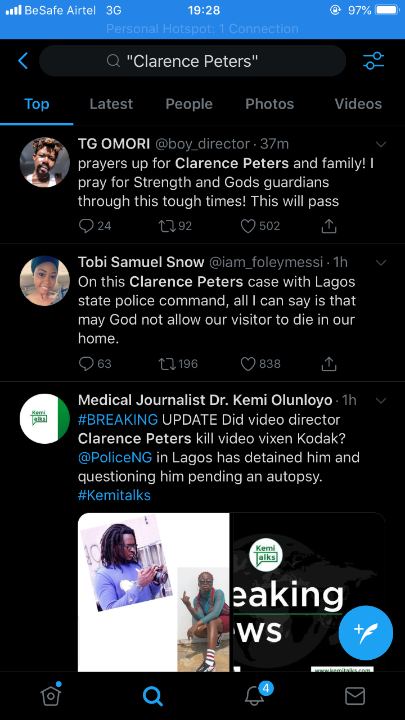 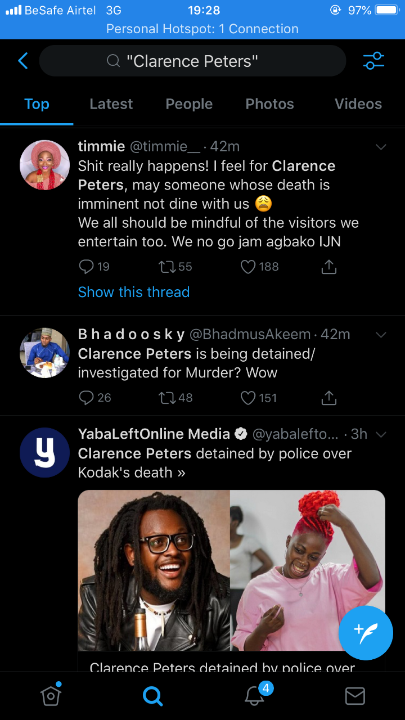 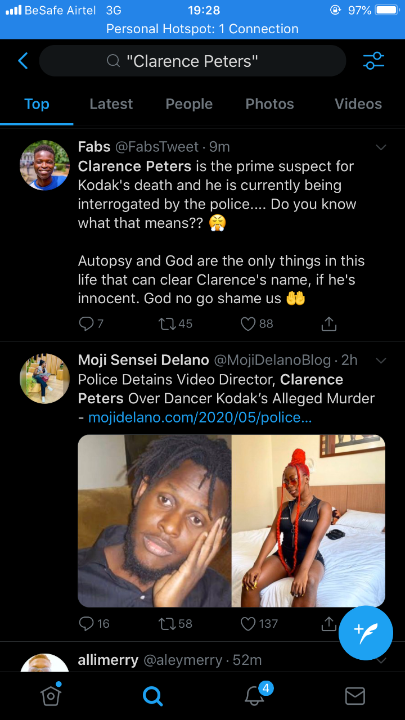 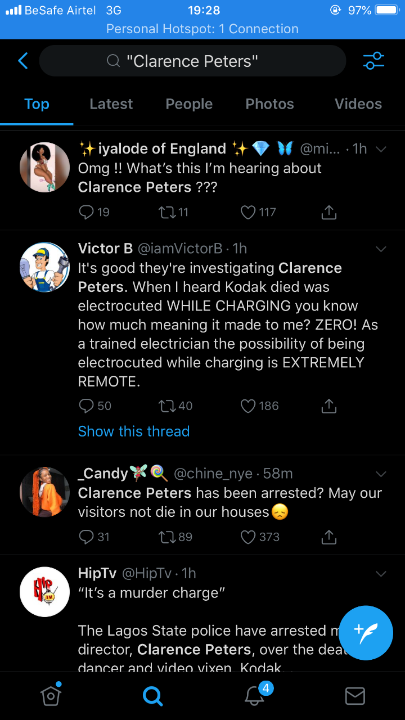 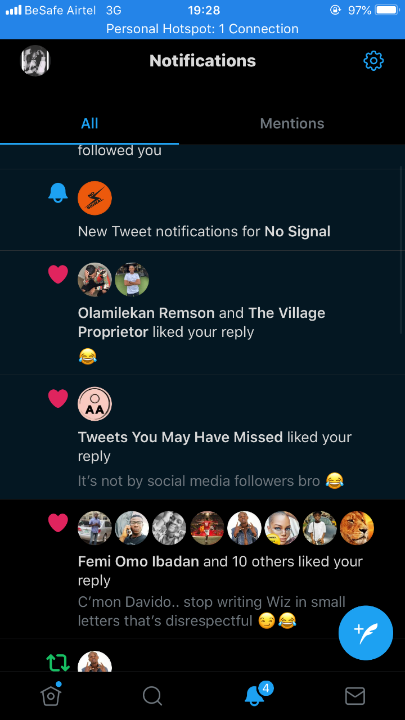 Although her family or management did not reveal the cause of death, there were speculations that the talented artist had been electrocuted while charging her phone at Omole Estate, Lagos, home of famous video director, Clarence Peters after she was rushed to a local hospital she was confirmed dead.