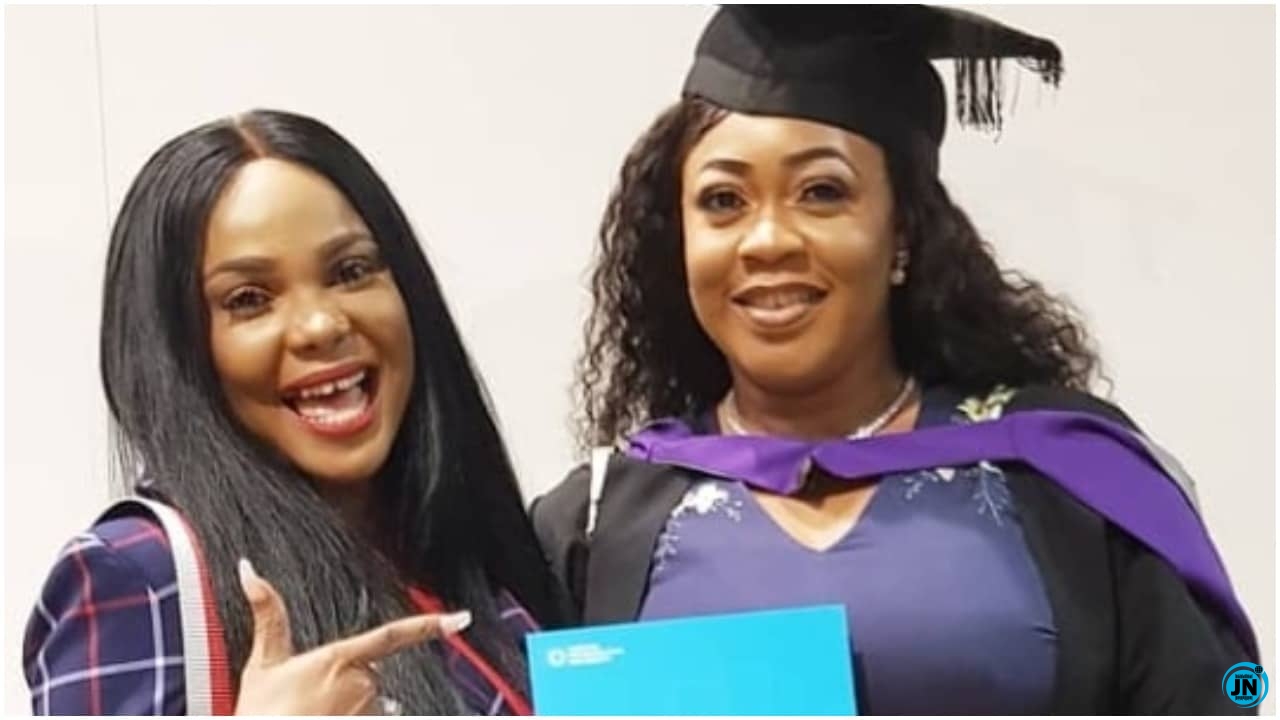 Omo Brish, the former best friend of Nollywood actress Iyabo Ojo, has explained some of the things that transpired between them, which made their friendship hit the rock.

News recalls that the two former best friends suddenly went their separate ways over unknown reason known to anyone.

Their social media fight started after Iyabo Ojo shared a photo of Omo Brish from the wedding of celebrity stylist Toyin Lawani, and she refused to acknowledge it. Instead, she took to her social media page to call out Iyabo Ojo, saying she’s toxic, a manipulator and a liar.

Responding to this, Iyabo Ojo took to her social media page to drag Omo Brish, revealing some of the things that transpired between them and warned her to stop seeking social media sympathy.

In a new development, Instagram blogger Gistlovers has shared an update to some of the issues surrounding their separation and call out on social media.

According to Omo Brish, she bankrolled the movie ‘Under The Carpet’ and Iyabo Ojo boycotted her and refused to give her any credit but claimed the sole ownership of the movie.

Also, in the audio, Omo Brish alleged that she frequently sponsored Iyabo Ojo’s trips to London and shared her salaries with her during their good times.

Omo Brish also alleged that Iyabo Ojo is always in the habit of engaging in fake surprises to impress people on Instagram.

The blogger wrote: Voice notes of Omobrish explaining what Iyabo did to her and how. Iyabo faked the car she bought for her Ex PA,how she bankrolled the movie under the carpet and Iyabo boycott her and didn’t give her the due Credit,how she sponsors Iyabo traveling to London always ,how she shares her salary with Iyabo and how Iyabo is doing fake Surprises for people up and down just to impress them,how she lied to GLB to cover her friend up only for Iyabo to come to the Gram and say something else,Hmmmmmmmmn is all I can say,HMMMMMMMMMMMMMMNNNN,I come in peace

Man shares sad story of how his brother was killed by SARS officers in 2018
Insecurity heightens: Fear grips Lagos, Edo, Delta, Kaduna, others
HIT OR MISS!!! Lady Disguises Herself To Look Like Ozo
#BBNAIJA2020: "I Either Win, Or Lose My Family" – Dorathy Cries Out As She Reveals What Her Father Told Her (VIDEO)