Billionaire businessman, Obi Cubana has taken delivery of an expensive diamond pendant in honor of his late mother. 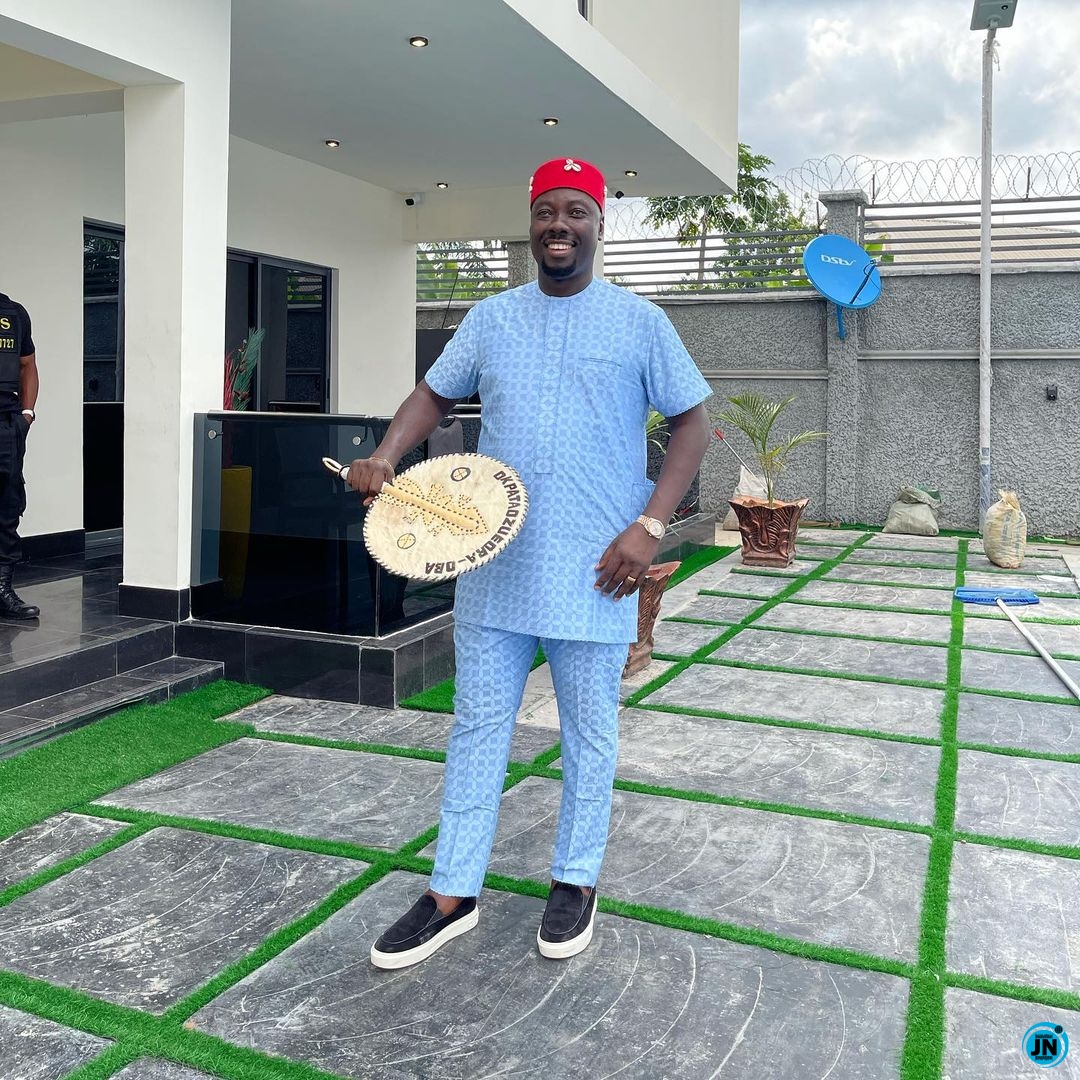 The Club Owner has been in the news following the gift of over 300 cows received as gifts for his mother whose burial is around the corner.

According to a luxury jeweler, Obi Cubana had reached out on what a $100K [50 million nairas] would get him to honor his mother. In return, the jeweler made him a diamond pendant with the face of his late mother on it.

“@obi_cubana asked me “I want something special to commemorate my mum what can my 100k$ do for me,” told him Say no more big bro #justaskobi,” the jeweler wrote while sharing photos of the luxury piece on Instagram.

“Nothing can ever separate I and my wife, we share love and money” – Cubana Chief Priest
Socialite, Cubana Chief Priest Blast DJ Cuppy On Instagram, Says She Is Annoying (Photo)
How are the Mighty Fallen, More Woes On Cubana chief priest as popular brand kicks him out from Their Team
Kayanmata dealer Jaruma laments after 7 million ladies sent Obi Cubana’s name to be made their man