Beautiful Ghanaian actress, Nadia Buari has taken to her Instagram page, to pen down a word of advice to her fans. 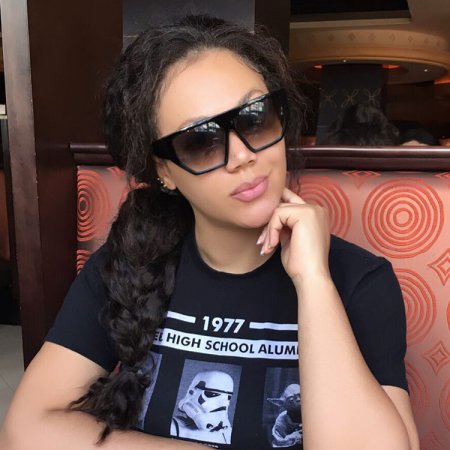 The actress stated that some people won’t appreciate the good in others because they are used to drama which made them not to value the simplicity of a good thing.

Below, was what the actress wrote on her Instagram page;

”Not everybody will be able to appreciate the good in u. Some people are too used to arguing, drama, and dysfunction, to value the simplicity of a good thing.

Relationships aren’t rocket science; it’s just too many people playing mind games, fronting about their feelings, and faking with their actions.

Everybody asking for something real, but it’s not enough people bringing real to the table… And people wonder why LOVE is hard to find….”, she wrote. 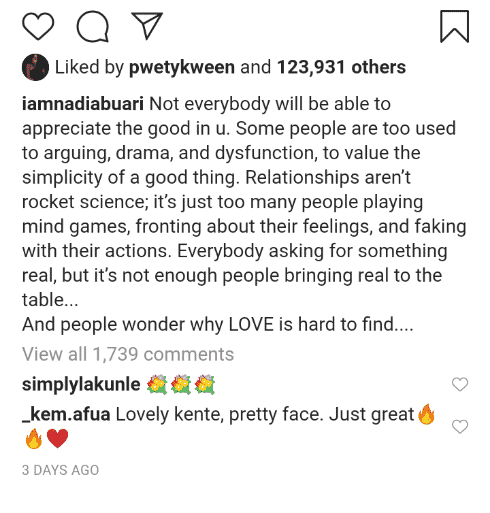 John Dumelo kisses Actress Nadia Buari in front of Wife, She her Reaction (Video)
“Please he should forget about Nengi” – Fans reacts to photos of Ozo and Nadia Buari together
”Not Everybody Will Be Able To Appreciate The Good In You” – Nadia Buari
Actress, Nadia Buari Celebrates 38th Birthday With Stunning Photos (Video)