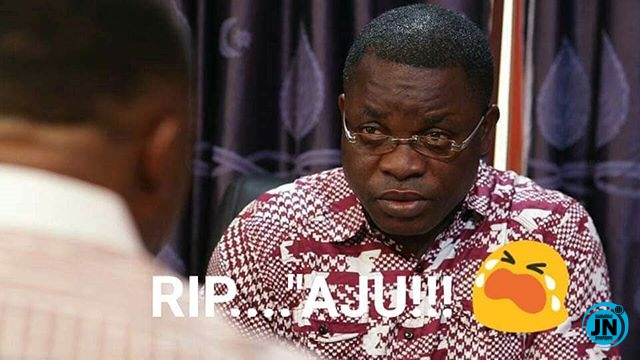 Its a really sad news today according to reports making the rounds, that veteran Yoruba film maker, Gbenga Ajumoko has reportedly giveb up the ghost, after several fights with kidney failure.

This is coming after he was reportedly down with a chronic ailment.

Recall that on October, last year, it was reported that the thespian was critically ill. The Ogun state born actor was hospitalized in Sagamu Remo where he was reportedly diagnosed with diabetes and Hypertension which got his two kidneys affected.

His demise is a big shock to the Nollywood industry, especially the Yoruba aspect. We pray the Lord gives his family the strength to bear this great loss.

Again! Wizkid Wins Another Major International Award But Fans Attack Beyonce For Not Doing This
Rapper Zlatan Hits At Another Fan Who Begged Him Money To Pay For His School Fees
Nigeria @60: Facing Another October 1st
Bobrisky to gift fan who tattooed his face on her back another N3M, iPhone 12, Dubai trip