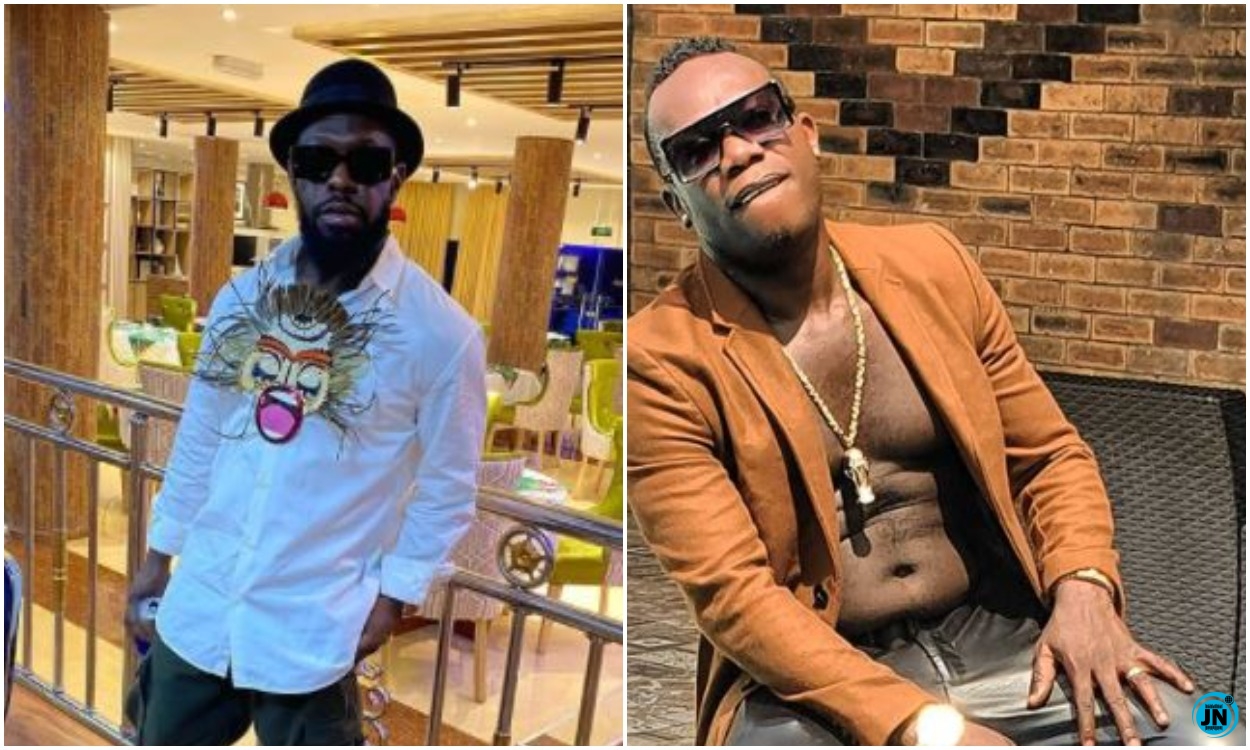 This came after a Fan identified as Isima Odeh took to the microblogging platform to compare Timaya and Duncan Mighty in a tweet. According to the Isima, in a question posed to the general public asked who could win a 0 vs 10hits

Between Timaya and Duncan Mighty, who would win in a 0 vs 10hits

“E be like say una dey reason me les les. Nobody should ever put my name or compare me to any rubbish again. What disrespect” 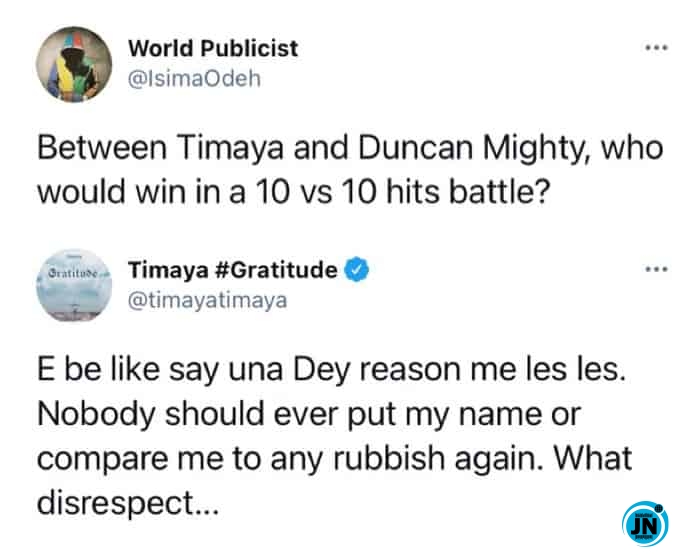