A Twitter user has jokingly told Nigerian music superstar, Adekunle Gold not to oppress him with his wife who is a also a music artist, Simi.

The music superstar took to popular microblogging platform, Twitter to gush about his wife.

He said mere watching her write a beautiful music, he is thanking God for blessing him with her.

He wrote on the platform thus:

“Watching Simi write this beautiful music and I am thanking God for blessing me with this woman. ❤️” 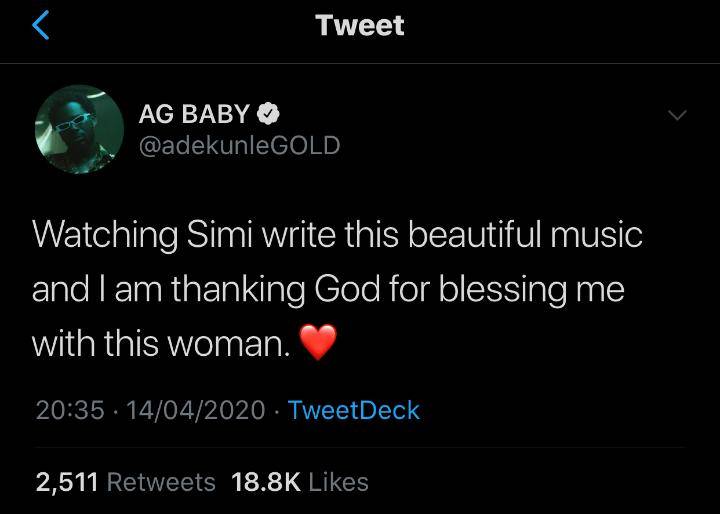 Meanwhile, maybe this man is tied of seeing Adekunle Gold praising and gushing at his wife at every given opportunity he had told him to stop oppressing him. 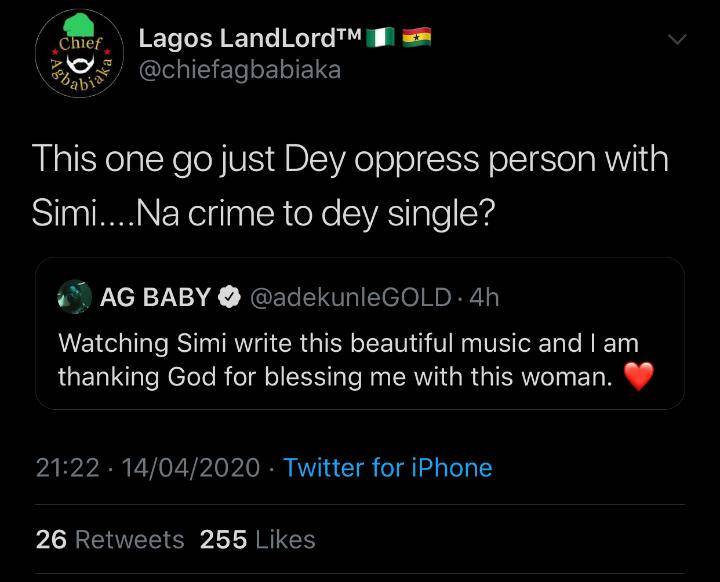 Meanwhile different reactions have followed his own reply and you can see them below:

How can I be smiling for somebody else "my baby"

Na single we single, we nor kill person 😩 😒 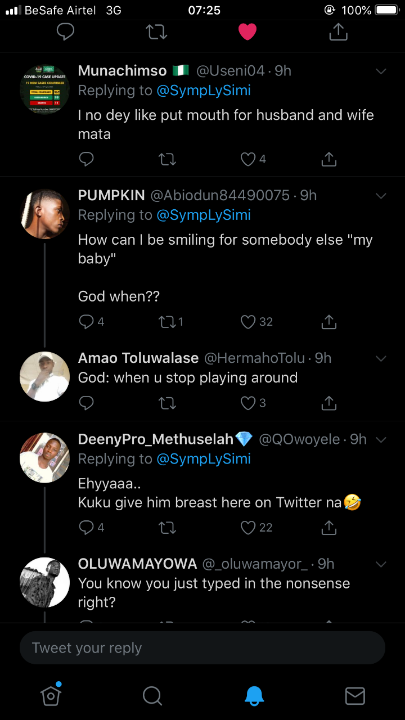 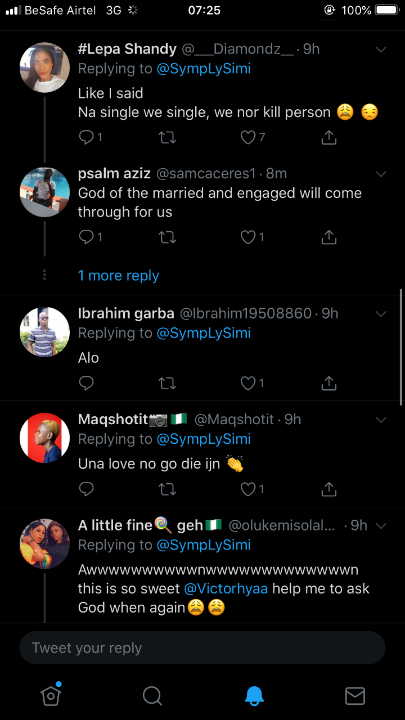 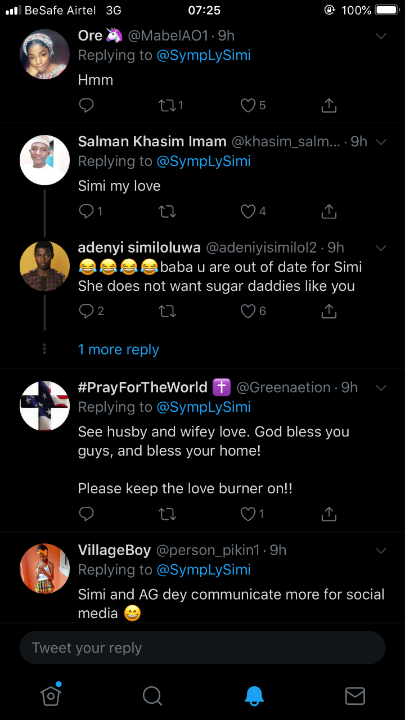 “They don’t know the evil things you do behind close doors“ – Paul Okoye calls out his brother‘s wife, Lola
As Churchill introduces Rosy Meurer as his wife, old video where she denied Tonto Dikeh’s accusation of sleeping with Churchill surfaces
Actor Akah Nnani and wife, Claire are expecting their first child
2baba’s Wife, Annie Idibia Reveals How She Acts Like A Mad Person Around The House