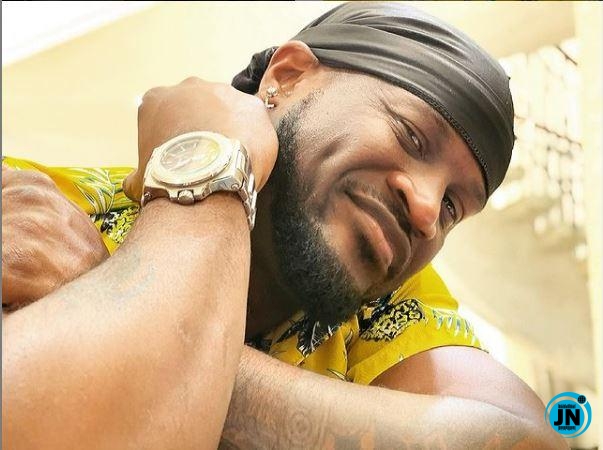 Popular music guru, Peter Okoye, professionally known as Mr P has responded to a troll who said nobody would stream his song; which stylishly served as a method of pressurizing him to reunite with his twin brother, Paul Okoye.

Recall that in a previous report, Mr P got an unwelcoming reply from a social media user who told him to take a rest due to the fact that nobody would listen to his music.

In response to that, the 39 years old music star while sharing an exchange he had with the individual(s) boasted of his achievements so far and urged people to move on and accept the present reality, rather than trying to mend a broken relationship that probably cannot be fixed.

“Let me say it again! This individuals are not haters they are just P2 heart broken fans and i understand.Only PALOMA and JUST LIKE THAT dem don dey shake Dey shiver!I will still wish dem well this weekend! Sha I have forgiven them! it’s over 4yrs now! pls you people should move on. No come get High BP for person matter.

I have an Album and a virtual concert coming up in 3days time! I can not be distracted! Just say a simple CONGRATULATIONS to me! It will not kill you.”

BBN JMK receives N1M as birthday gift from fans, gets a shop for her business [VIDEO]
Senate set to present 2021 National budget
Man cries for help as babe steals N170K and phone after having a nice time together
After Few Months Of His Arrest, Hushpuppi’s Ex-Girlfriend Gets A New Boyfriend (See Photos)