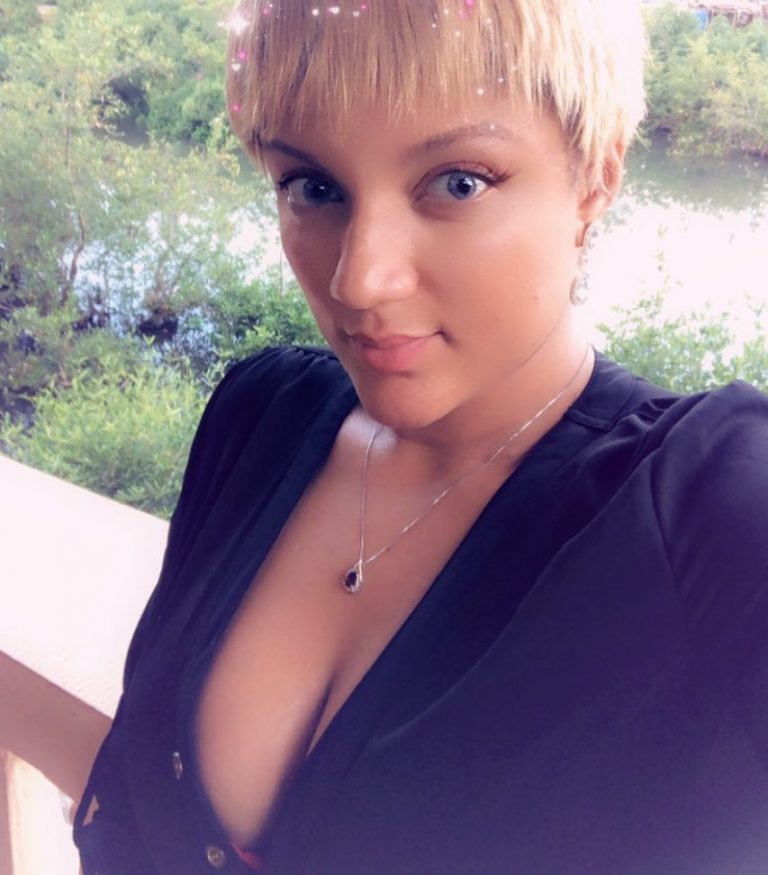 Actress, and former big brother Naija housemate, Gifty Powers has reacted and also dragged musicians, who decides to keep many boys in their house, and also pointed out her reasons, on why she thinks it is unhealthy and risky.

According to the actress, there is no privacy for bedroom talks, sex in the kitchen, and other places, and if someone dies in the house, the killer won't be known.

Read what she wrote below…. 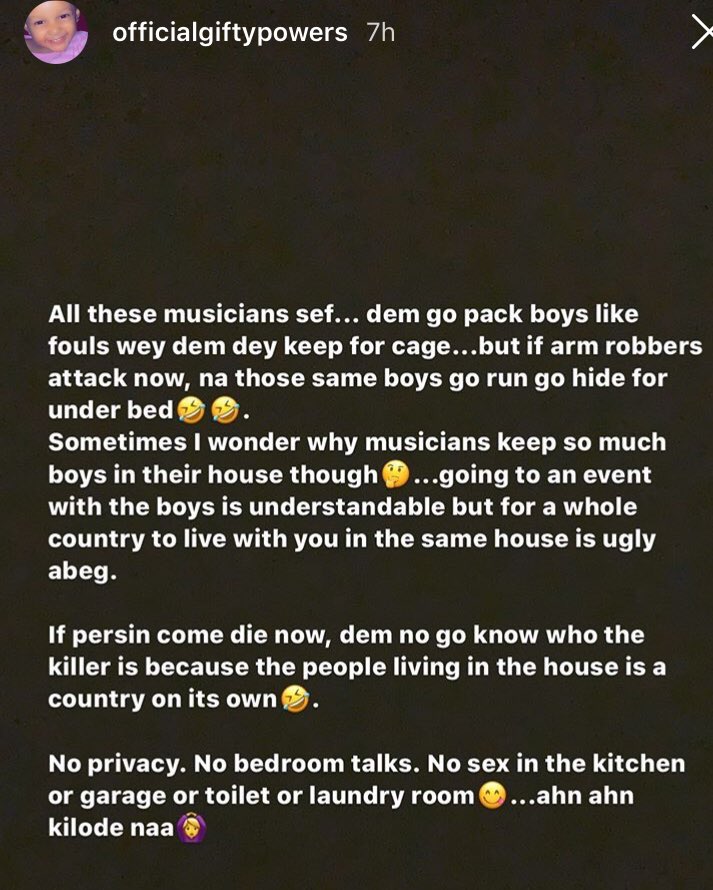 “My son will be lucky to marry a woman like me” – OAP, Toke Makinwa