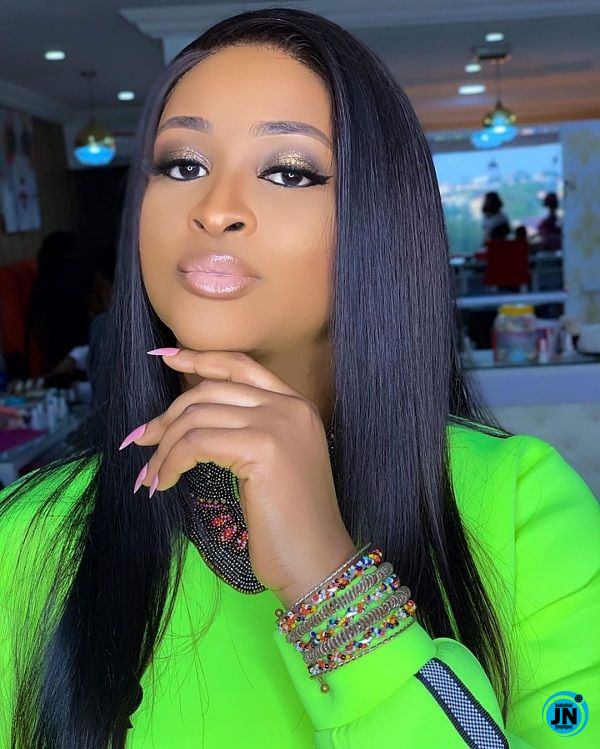 Popular Nigerian Actress & MC, Etinosa Idemudia known for her controversial lifestyles, got blasted on social media after she left a comment under Pop singer Davido's post on Instagram.

DMW boss, Davido has shared a photo of him and his fiancee Chioma, of which his hands can be seen on Chioma's breast at his brother HKN’s wedding, that was held in Dubai over the weekend.

The ‘Risky’ crooner sharing the photos/videos, captioned it;

”Not ordinary fuck yall oh. Heavy FUCK YALL. In fact Fuck yall with a touch of Ogun kee yall. This family is blessed and kept from all evil eyes. Amen”.

As usual, Nigerians came for her on spotting her comment.

See their reactions below;