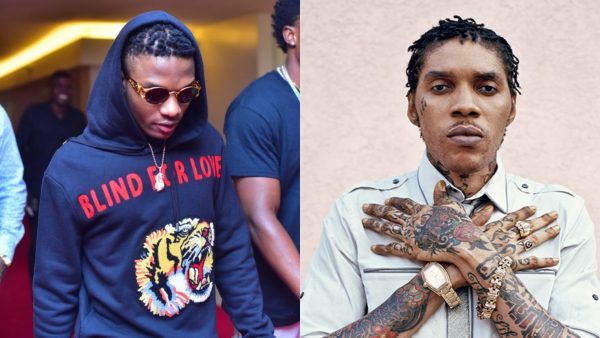 Wizkid FC have shut down Twitter in reaction to the Wizkid versus Vybz Kartel battle of hits scheduled to hold on Sunday.

Organized by a black owned online station on Twitter, the battle would see Wizkid and the Jamican singer battle it out. 10 different songs from both artistes would be lined up against each other and the winner would be decided by polls. Nigerians and even Jamaican fans have reacted to the battle and are excited to see who would come out victorious.

See some of  the reactions below:

I have never been so sure about anything like this before. WIZKID will disgrace Vybez Kartel tomorrow.No disrespecting your World best tho.

Thing is, Vybz Kartel’s catalogue is LONG and even Wizkid himself knows this lol, the man even said he’s a fan! #NS10v10 #NS10v10Extra

Battle of hits against Wizkid & Vybz con turn battle of Jamaicans to WizkidFcSee ehn una never plenty WalahiMake una tag your president and ask him to inform his whole cabinets you go still loose ??Even Jamaica ?? Big Acts Are Going To Vote For Wizkid??, Get That Into Your?

What the point of defending Kartel against Wizkid fans? It’s V obvious they are delusional. Most of them are Nigerian and tbh if they say otherwise, they’d be feeling like they’re compromising their identity? They’re programmed to choose their own regardless of truth. Leave them

So don’t mix Kings with commoners.@Vybz_Kartel is King and them no ready. https://t.co/EvTPfBRXsy

Bobrisky Drags Nigerians Asking Him To Join The Endsars Protest
2020 Nigeria National Carnival Polo action at the Guards Polo Club in Abuja
I Did Not Commit A Crime And I Am In Prison – BBNaija Star, Khloe
BBNaija’s Laycon Hints At Release of New Song