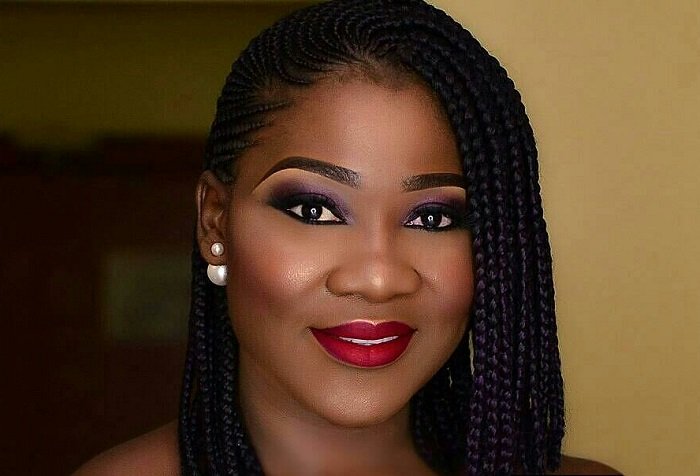 A Nigerian man has called out actress Mercy Johnson Okojie for being rude and disrespectful after he met her in the U.S.A.

According to the man, he was in a supermarket when the Actress walked in. An African American guy excitedly walked up to her and asked for a photo but Mercy rudely shoved him off without even acknowledging him.

She was out shopping when the guy met her and she exhibited this alleged rude behavior.

Another Nigerian guy nearby, a journalist known as Babalola, narrated what happened:-

“you people should be talking to your Nollywood stars. I just ran into Mercy Johnson at one African store in Randallstown, MD about 10 minutes ago.

One black American guy, apparently married to a Nigerian, asked MJ for a photograph together, she declined and talked rudely to the guy.“I don’t know you,” she told the guy and rebuffed explanation by the guy that it was his wife who knows her. She waived the guy.

The black guy was muttering over the way she treated him all through while we were at the check-out counter. Not that she must agree to having to take photos with him but there are polite ways to reject such without being seen to be rude. She’s a star for God’s sake!

“Thank God I’m not the type that asked for photographs she could have been rude to me too. I was elated to see her because she’s one of my favorite Nigerian actresses. Maybe she’s touchy because she appears to be pregnant. She was in company with her little girl.”

A young Nigerian man has cried out after plumber removed 23 used condoms that was blocking the toilet in his uncle’s house
Italian Man Who Brought The Covid-19 Virus To Nigeria, Now Tests Negative
“How Much Do You Get Paid To Be This Inhuman?,” -Tacha Asks BBNaija Fans
"Human Beings Are Dangerous"- Adesua Etomi